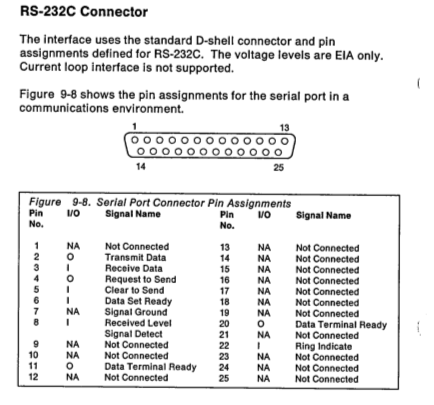 11
Creating a 'bridge' between a serial port and a Telnet session in Windows 98?
28
How to get started writing C for the IBM PC in 1980-81
10
Cannot boot from a Compact Flash card
5
What was the first integrated PC compatible computer?
3
Did the IBM Game Control Adapter have I/O port aliases?
5
How to connect an HX-20 to a monitor via the RS232 port?
5
How can I send RS-232 serial data to a Tandy plotter reliably?
5
9-pin vs 10-pin serial port ribbon cables
22
How does Laplink achieve "high speeds" on standard/legacy serial ports?