Does the Apple IIgs FPI assert /CROMSEL for *write* accesses to the extended ROM space?

The FPI (fast processor interface) ASIC in the Apple IIgs generates the /CROMSEL chip-select signal, which is used to select a ROM in the memory expansion slot. Obviously the /CROMSEL signal must be asserted for read accesses to the extended ROM space, but what about write accesses? If the 65816 performs a write to the extended rom space in banks F0-FD (F0-FB for ROM 3 systems), does the FPI assert /CROMSEL?

No, for writes to the extended ROM space, the IIgs ROM 01 FPI memory controller does not assert /CROMSEL. I assume it’s the same for the newer CYA memory controller chip in ROM 03 systems but I have not tested.

Here are the logic analyzer traces. First is a read from F0/0000, in which /CROMSEL is asserted as expected: 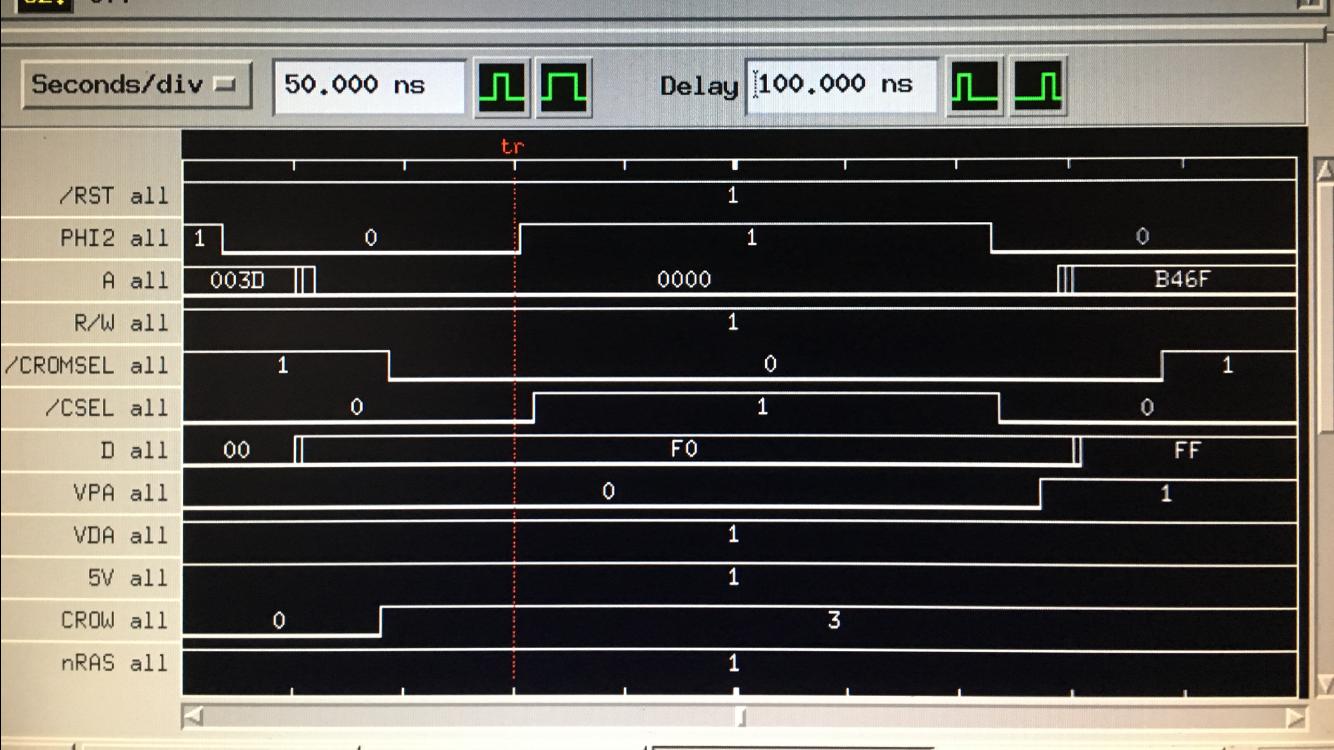 Next is a write to the same address, in which /CROMSEL remains unasserted during phi2: 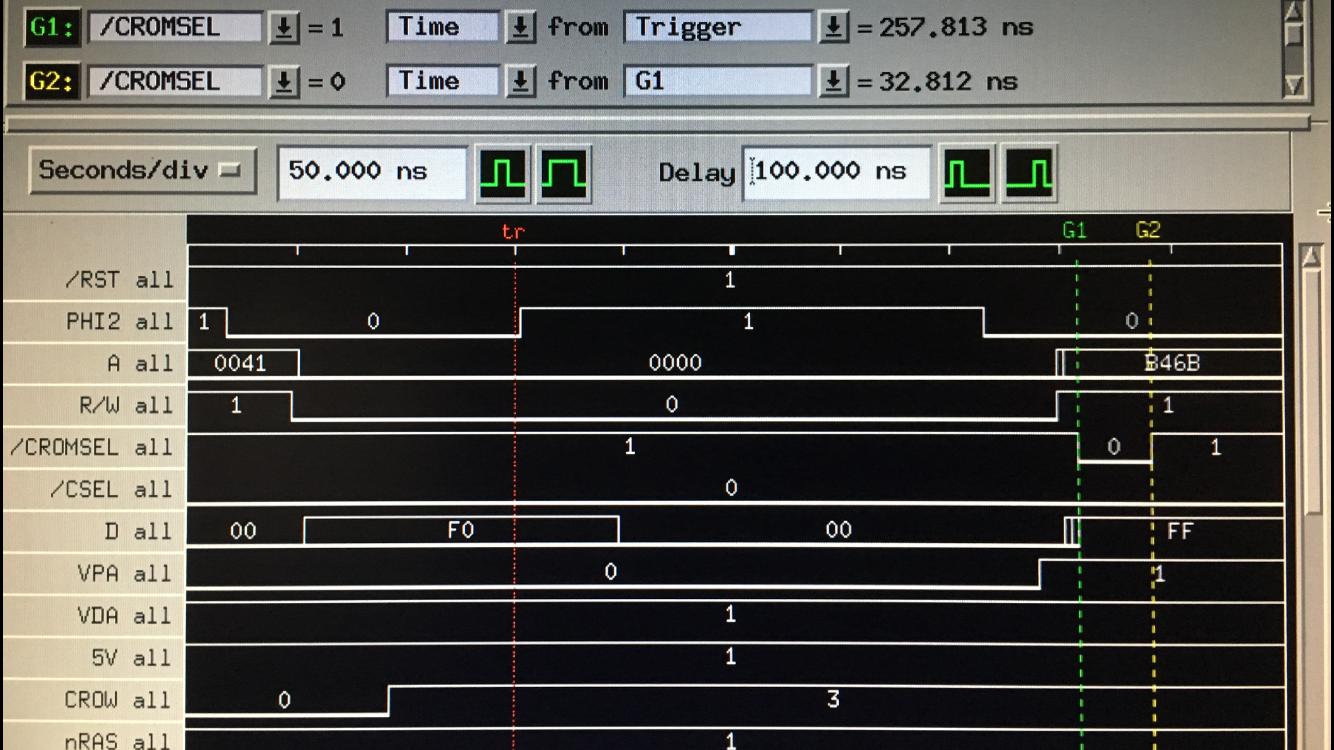 Interestingly, there is a 32ns period after the write to F0/0000 is over in which /CROMSEL becomes active, before going back to deselected before the end of /phi2. This suggests that in the FPI, /CROMSEL is implemented as an asynchronous disjunction of /WE and a registered address.

If the 65816 performs a write to the extended rom space in banks F0-FD (F0-FB for ROM 3 systems), does the FPI assert /CROMSEL?

Yes, it does. CROMSEL is a select signal, and as such only dependant on the address, not any other signal (like direction).

The reason of providing CROMSEL is to make extended ROM selection easy and safe by avoiding the chance that ROM (card) developers only decode for Fx, creating a potential address collision for banks FE and FF.

Not the answer you're looking for? Browse other questions tagged apple-ii apple apple-iigs or ask your own question.

13
What FSTs (File System Translators) exist for the Apple IIGS?
9
What is the maximum amount of memory that can be added to an Apple IIGS?
5
Checklist for powering up an Apple IIgs?
16
Reason for popularity of Apple IIGS
19
Apple IIgs: Hardware implementation of RAM shadowing
6
Why does the Apple IIgs FPI chip buffer the A14 address signal to the ROM?
19
How did the Apple IIGS automatically slow 5.25 inch disk I/O code for backwards compatability?
1
How to write Apple IIgs .po disk images to Floppy Disks with an older Mac
6
How did Apple IIe software handle 64K bank switching?
8
Could a Saturn 128K card be used as a /RAM device under ProDOS?