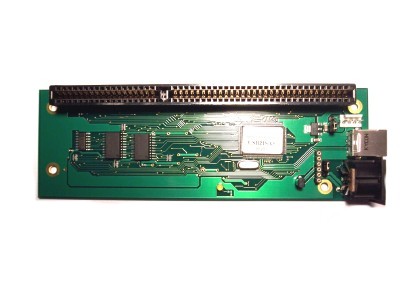 Our custom ISA test cards are working in a more modern PC. The system uses a PICMG 1.0 single board computer with a Intel gen. 4 I5 processor and a PICMG 1.0 backplane

Note: ipcamerica is a US distributor ieiworld is the manufacture

This got our ISA cards working with windows 10 but now am looking for a windows 11 solution. This has many more challenges due to the Microsoft's Windows 11 minimum requirements of only offering the OS as 64 bits, needing TPM 2.0 module, minimum generation 8 processor, minimum graphics level, etc... https://www.ieiworld.com/en/news/con_show.php?op=showone&cid=1266

21
Does an ISA card have a fixed memory address?
4
Using floppy disk interface on Future Domain TMC-1680 SCSI ISA card
12
IBM PC expansion card latency
2
ISA Extension cards using more than 64kB
3
Connecting SCM Swapbox PCMCIA reader (ISA) to modern PC
19
What are these weird long ISA slots on this 386 board? (not VLB)
3
How did databases use the 8087?
10
What was the "32-bit" ISA bus (connector) extension for 80386 PCs?
10
How do I terminate an ISA bus correctly?
4
Quadram odd IBM PC card bracket