In the III class, a couple of the more advanced students including me used some big IBM terminals to learn some Fortran (WATFIV) over a modem dialed in to a nearby university, but the rest of the class learned COBOL.

The machines they used were basically desks, with the computer built in. They had green CRTs embedded in them such that you looked down past the keyboard at the screen. I believe each had an 8" floppy drive to the side, where desk drawers would be. What would these machines have been? (I suspect they were from IBM, but I'm not at all sure)

Might it have been an IBM 3741 data station? It was basically a desk with a built-in keyboard and floppy drive (the first IBM product to use read-write diskettes), with a CRT off to the side. Here's a site with a picture: 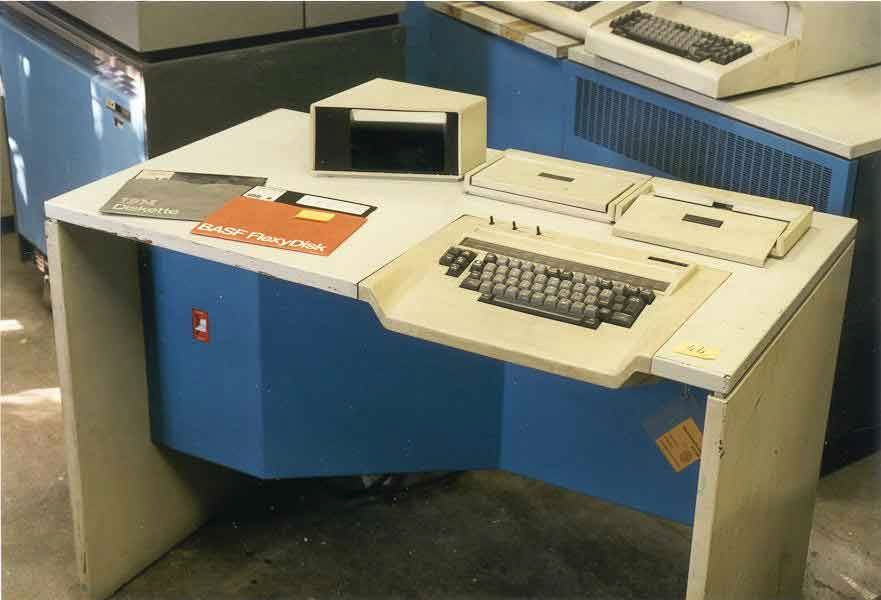 Possibly a TRS-80 Model II? That would fit with the previous mention of using consumer-class machines for the students. There was also a version of Microsoft COBOL available.

21
What computer was used in Weird Science?
11
Patent barriers to IBM mainframe compatibility?
12
Does this computer have a steering wheel?
6
What monitor could render APL2 characters in 1985?
26
What's the terminal/home computer used as a prop in the computer school in Superman 3?
22
What was the most critical supporting software for COBOL on IBM mainframes?
8
SAG Computer: What System is it?
2
Identify computer seen in Wikipedia
7
What programming languages were most commonly used on the AS/400 in the 90s?