Anyone have more information on the "Hammerstein TV Games" 1st gen console?

I have what appears to be an early games console (supported games are variations on the theme of "pong", or ball and paddle games) manufactured in South Africa. Does anyone have more information or more examples of this console?

Here's a view of the front face of the console: 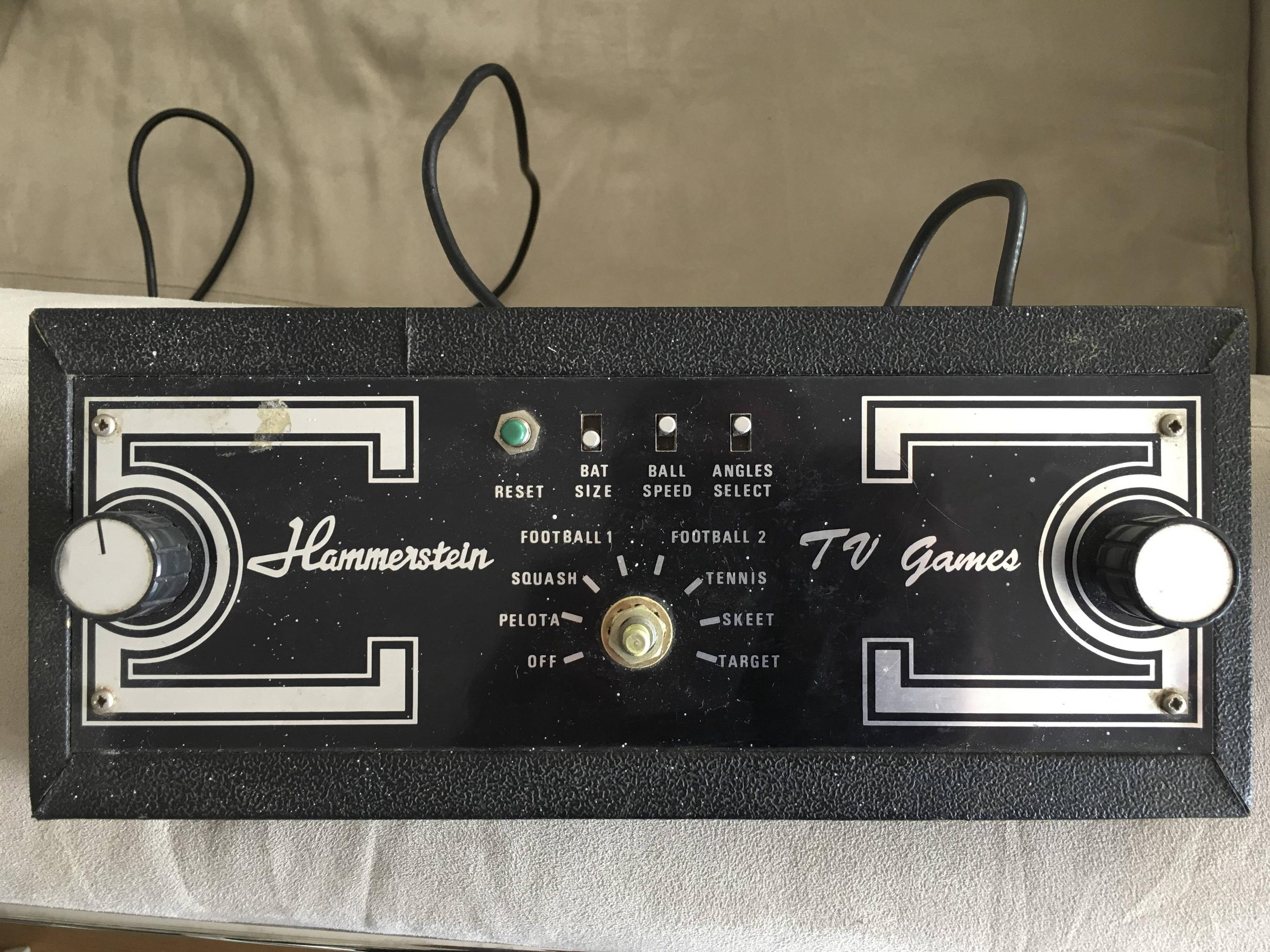 Next, what I suppose is most relevant, a pic of the circuit board inside showing the chip that powered this thing - the AY 3-8500 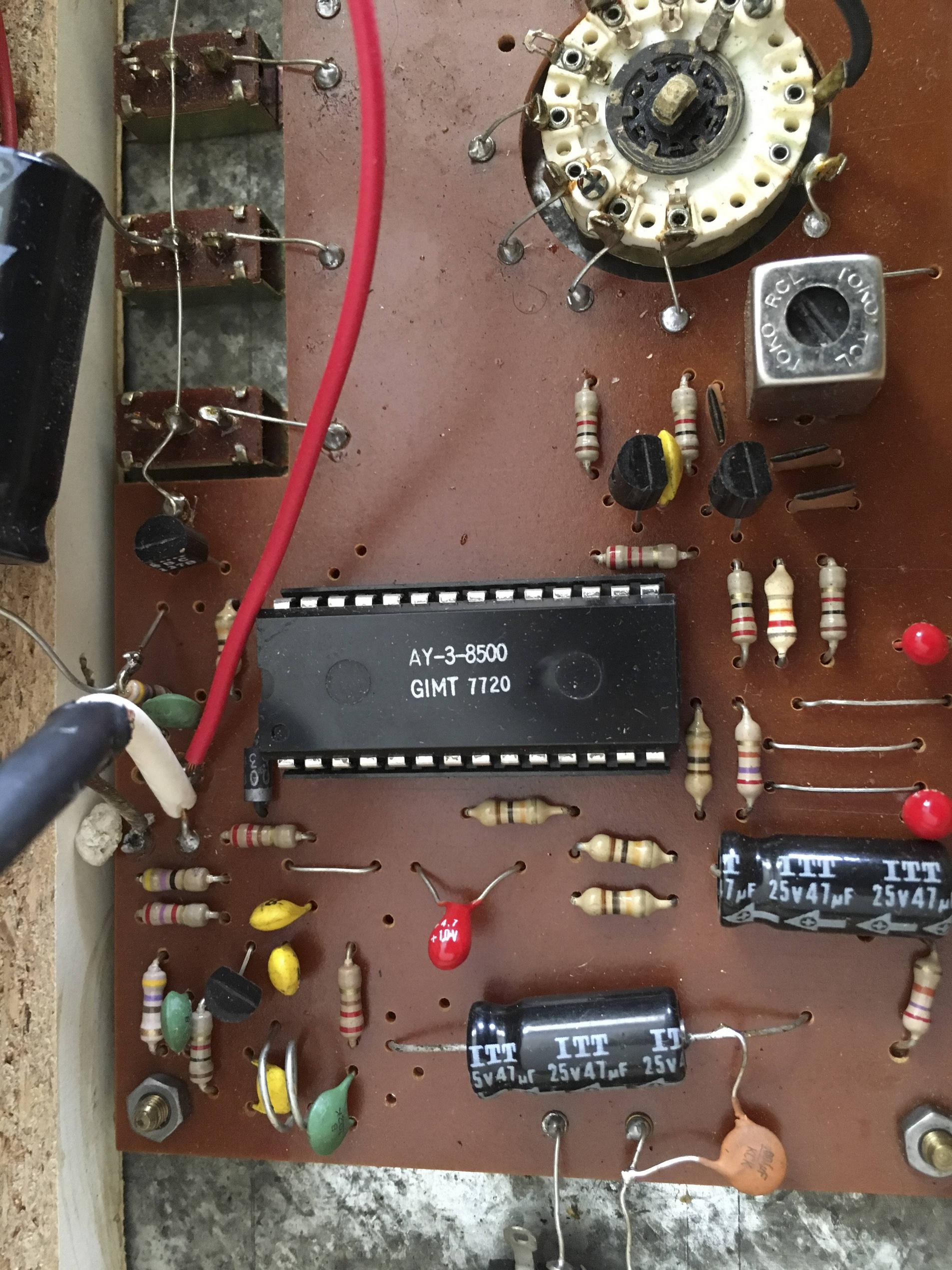 Reading up on that chip on the linked Wikipedia page tells me that the AY 3-8500 was an IC from General Instruments committed to displaying six ball and paddle games through an RF modulator to a standard TV (it appears that the chip in my console is the PAL version.) From the Wikipedia page, it seems this chip was incorporated into around 200 different video consoles.

The chip was powered by a 9V power supply, which corresponds to what can be seen of the underside of my console with the battery cover removed, showing a common brand of South African 9V battery: 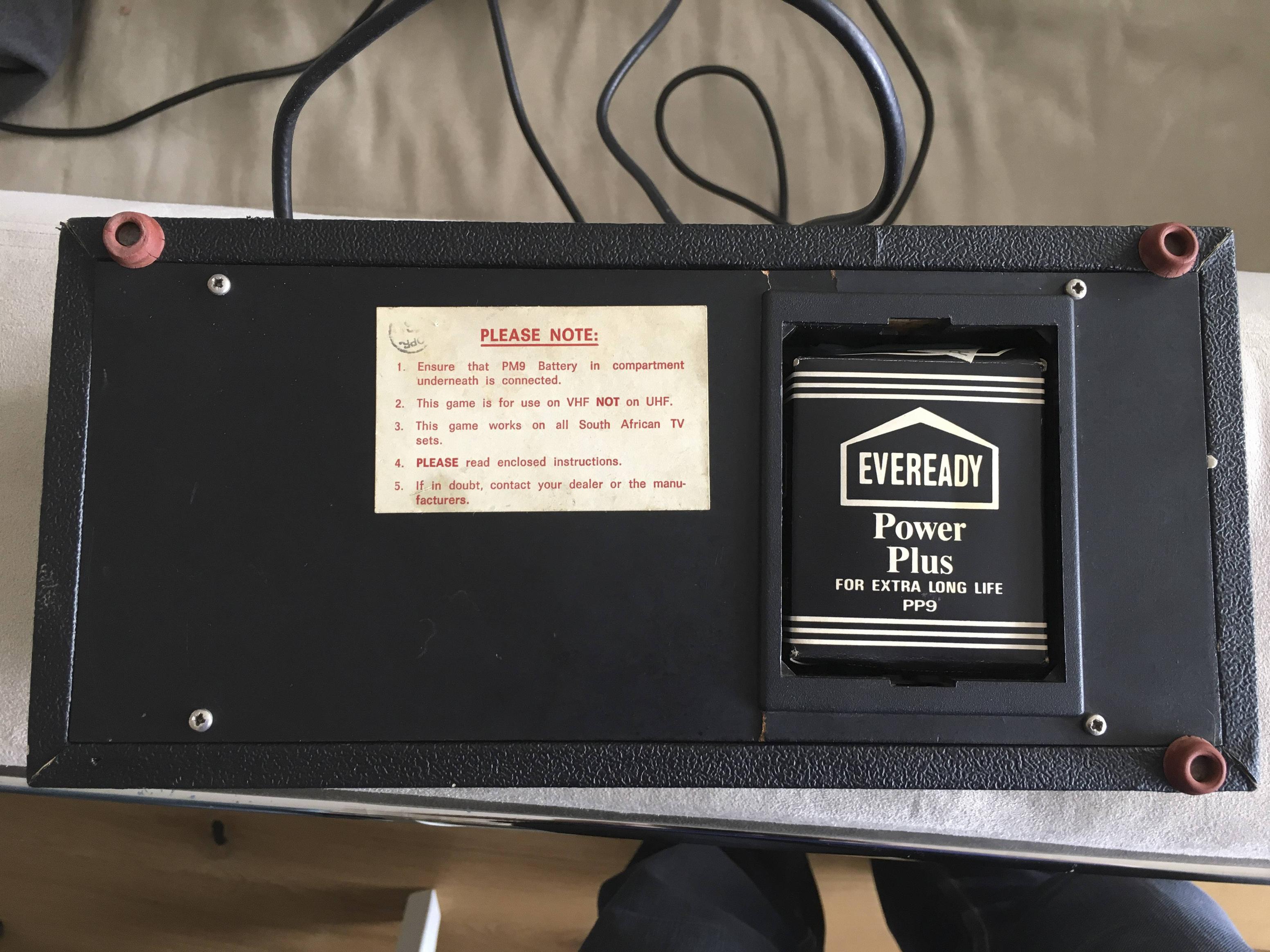 In contrast to what is shown on the faceplate, the manufacturer's plate on the back refers to the console as "Teleplay". The model number is 702, and the manufacturer's details are given as "Metlionics [Pty] Ltd, P.O. Box 39690, Bramley 2010, Republic of South Africa". 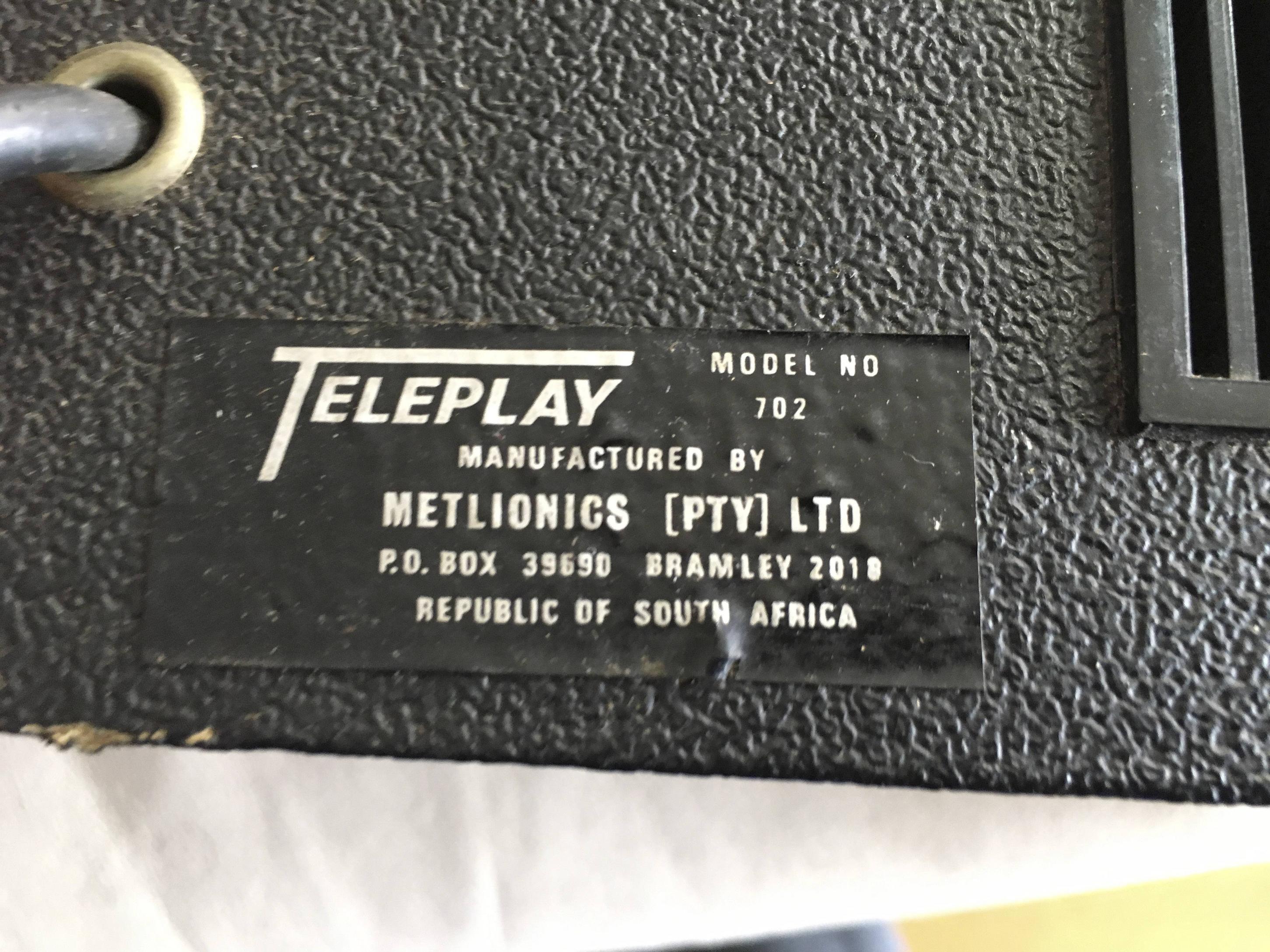 Googling "Metlionics" reveals that they also made a catridge console system, but of my model all I could find were examples being sold on auction site, such as this one.

It's been years since I've used the console, so I don't know if it still works, but if I have time I'll try fire it up to take some pictures or videos of the games in operation.

I learned from the Wikipedia page that there are hundreds of similar consoles, all offering largely the same games (such as the Coleco Telstar Alpha) - but I've not found much this South African version, other than what I've mostly summarised and linked to here.

Can anyone add more information?

Here is a completed auction for the same model console but with a silver faceplate and black enclosure, and a Teleplay TV Games electronic ray gun, Model No. 710, both with their original boxes: 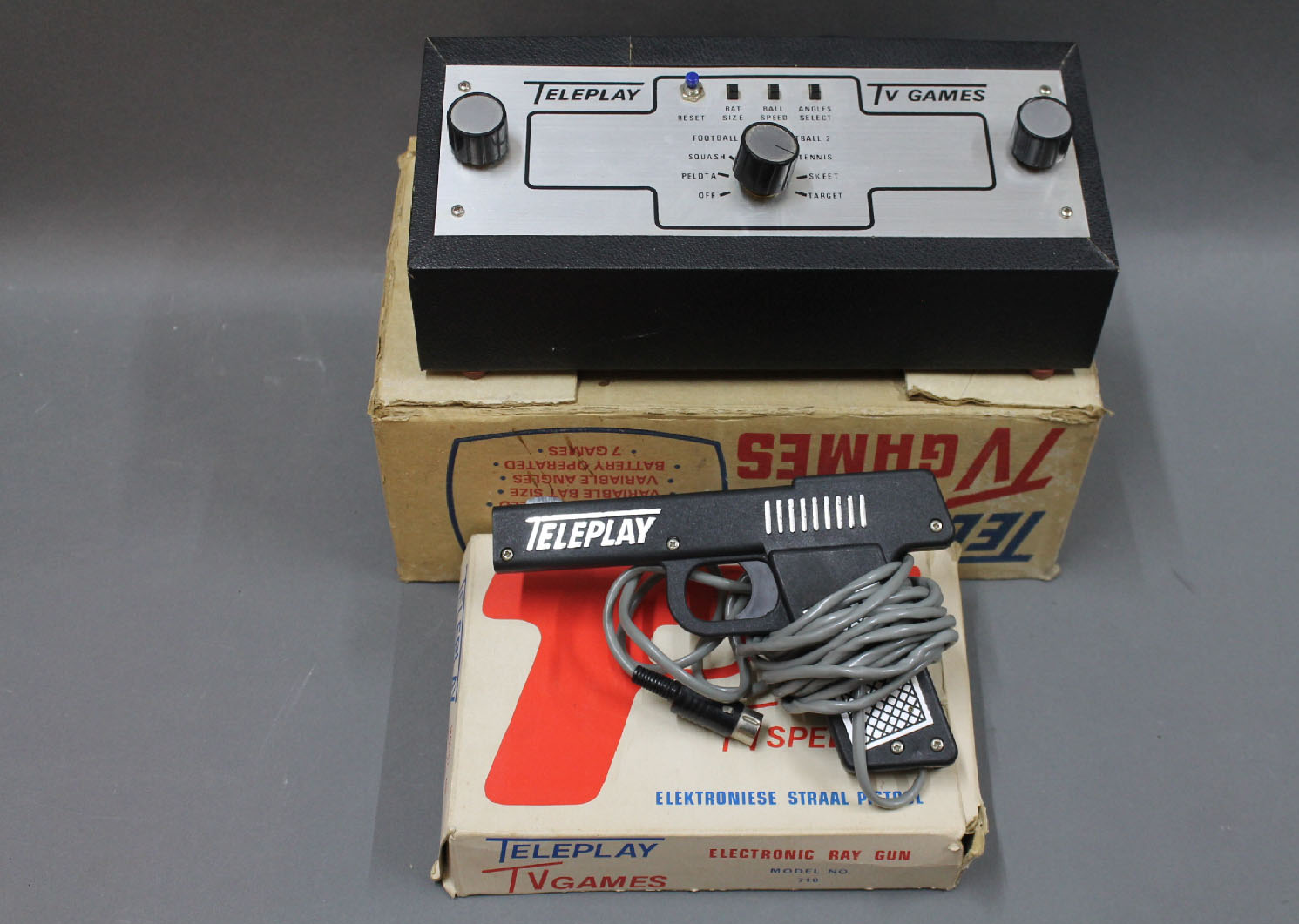 Also notice the DIN connector on the black of the red model you linked to: 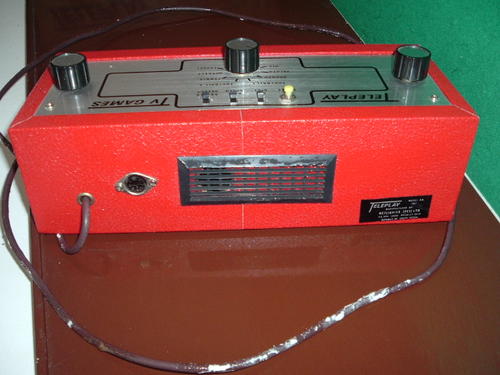 It looks like the ray gun plugs into that connector. If your 702 doesn't have that connector, then you may have an earlier model, or a cheaper model as the AY-3-8500 chip has built-in support for the gun and omitting the connector would save some cost in parts and labor.

Here is a LinkedIn profile for an employee of Metlionics from 1971 to 1988, so we know the company existed during that time and possibly before and after. The General Instrument AY-3-8500 chip was introduced in 1976 so that further narrows the time frame of your unit's date of manufacture. More photographs of the unit inside and out might provide more clues.

Not the answer you're looking for? Browse other questions tagged hardware chip pong or ask your own question.

18
Does anyone know the specific differences between the NES-001 (NTSC) motherboard revisions?
13
Why does the C64 have the following palette?
8
A different kind of sprite system
3
When did the Macintosh start using four (or more) layer PCB's?
2
Why does the SNES have a separate memory bank for sound?
2
Could the STC Executel possibly have had any games available?
22
Why did the TRS-80 CPU have priority over the display?