Did this game and computer system from Magnum PI exist? 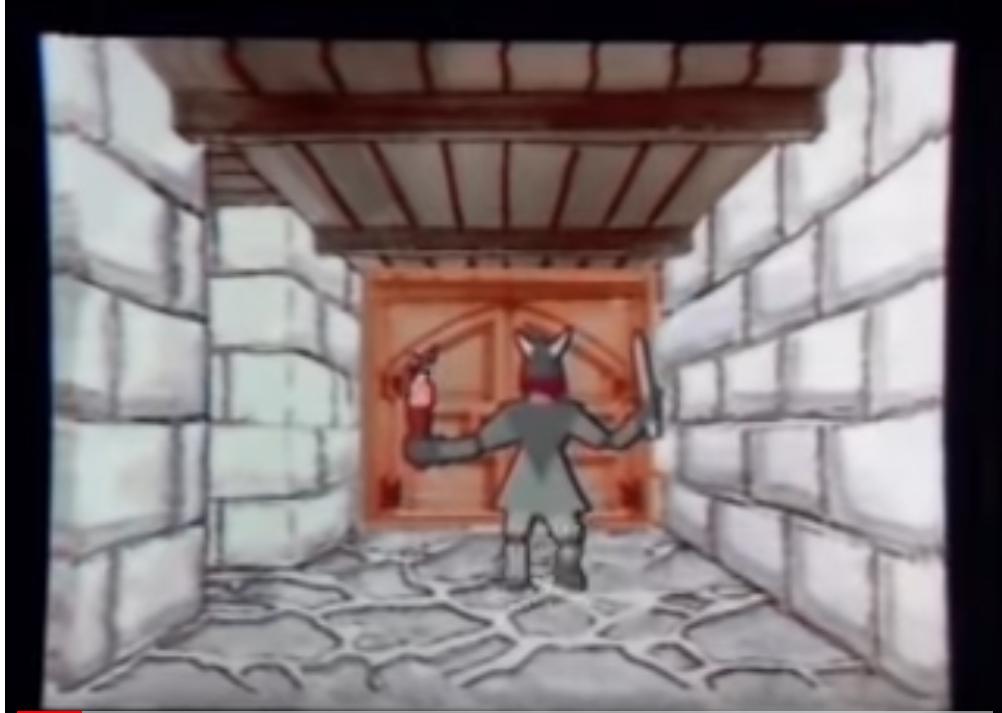 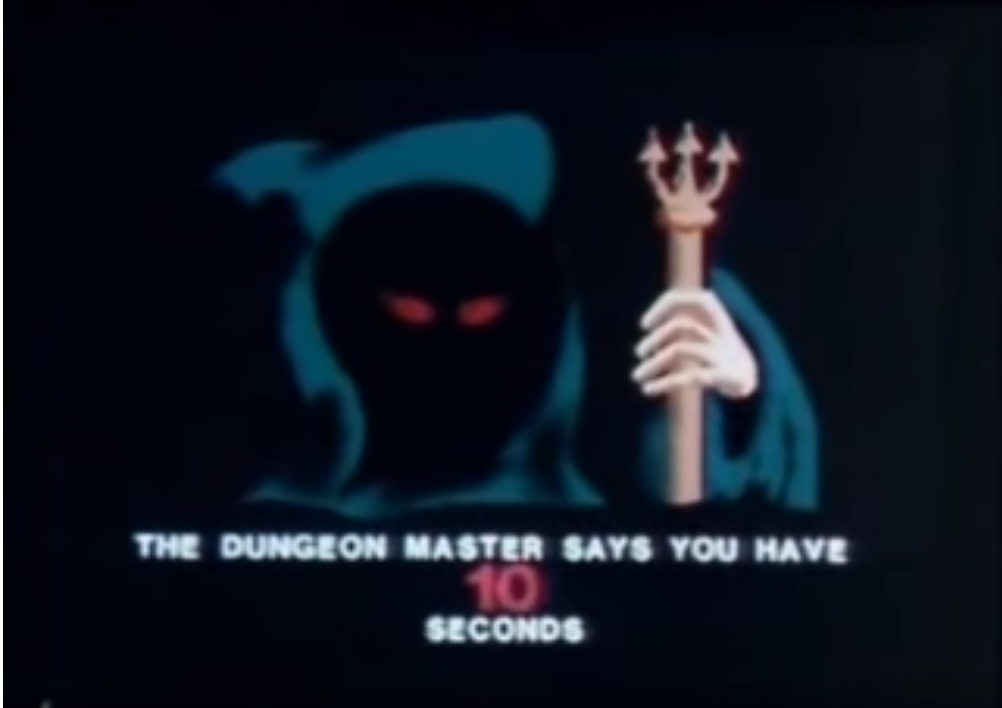 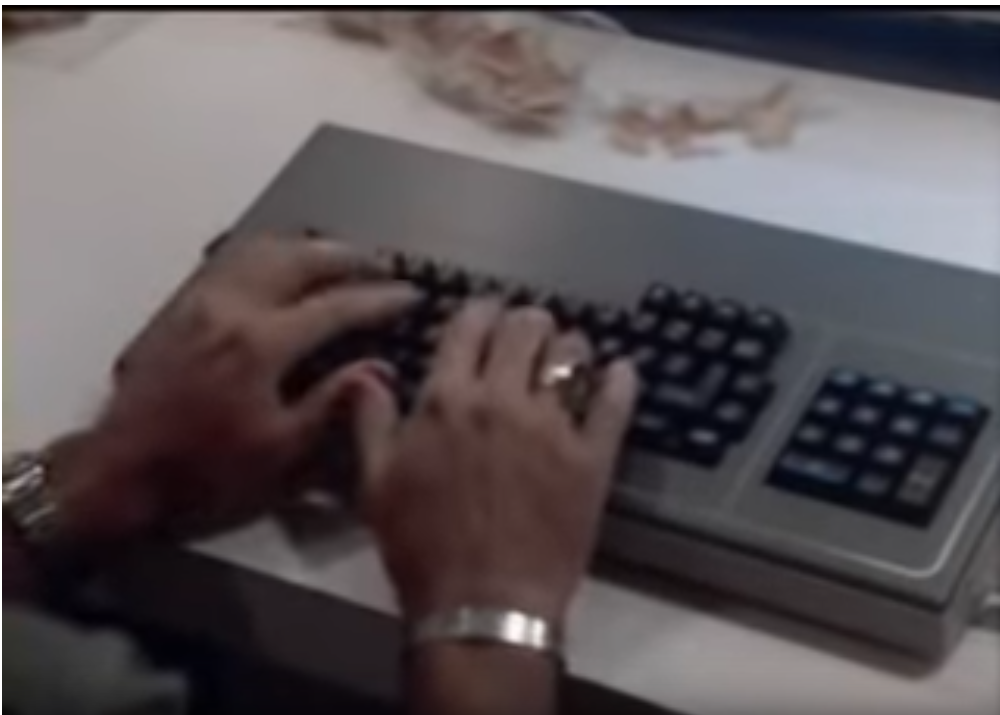 Then Higgins says OMG Magnum you've crashed the "dracos three". I think he said that. DRAC OS three? It cost 100'000 USD to buy the drac OS. Was there such a system or OS?

Per Magnum Mania that episode first aired on the third of January 1985, meaning it was filmed in 1984, predating all of the computers that you would expect both to be able to display graphics like that and to be a target for video games. I'm therefore inclined to agree with most of that site's analysis:

The game seen in the episode is not a real game at all. It is a mock animation sequence, complete with original artwork, audio and text made to look like a real game. The 3D graphics are too advanced for anything seen in a circa 1984 computer game. ... The fictional game is clearly inspired by the classic, landmark 3D first-person perspective games 3D Monster Maze (1981) and Dungeons of Daggorath (1982).

Though the idea that an American production crew would have heard of the ZX81 game 3D Monster Maze is a bit far-fetched, Dungeons of Daggorath is a title for the Tandy CoCo and therefore may have come up in any research they did.

As Tommy already suggests it's a fake setup.

Graphics them self are clearly made up from a computer generated background and avartar, though the avatars scaling turning and movement are made with (back then) state of the art analogue film/TV tools as any rasterized graphics of that time would show scaling effects (jumps in size/pixel selection).

The graphics consist basically of three background images and two avatar (*1) hand drawn without any computer (*2) filmed (taped) and merged onto a single TV image by analogue means (*3) and filmed (taped) again. The text parts where done on a separate text based system (note the different angles used) as well as the 'final output' of the system.

In addition the graphics vary much between the 3 different shown 'video modes' to be a originated from a single machine of that time.

Game wise it's a mixup of several games popular at the time. This includes the series of (timeless) text only games of Infocom (Zork et al) of 1980ff, the text plus (static) graphics games of Sierra Entertainment of 1980ff and 'action based' dungeon games with directional/command key interface and graphics like the Wizardry and Ultima titles (both 1981 onward). All of them around 1983/84 at the height of their first boom.

The reasoning for such a mixup for a TV series is all about transporting the scene toward (less computer savy) viewers.

Having Magnum muttering all along while just pressing some cryptic keys would make him look stupid, thus

So as usual when it comes to films, computers, games, and other software are tools to drive the story, not items in their own right - especially at a time when they were quite new and only used by a tiny minority.

Beside, I think it's well made, capturing the spirit of these games as well as the quirks of back then graphics.

*1 - One for walking straight and one toward the sides. Note how the avatar flips images when turning - after getting horizontal 'shortened'. It's the same image no matter if he walks left or right.

*2 - Note the fine details on the floor - quite hard for back then systems, even more so within the budget of a TV show. Similar the straight diagonal lines on his back.

*3 - Note the blurring when the avatar gets shortened when flipping - a hard to avoid side effect from using analogue circuits (at that time). Similar the black border of the character is a way to hide effects due source switching, which would otherwise be more prominent on horizontal borders and invisible on vertical.

8
Can anyone help name this game?
2
What was this old athletics game I played?
5
Identifying a game from probably the 80s
11
What is this old PC truck game?
6
Identify this 1990s-era educational game featuring kohlrabi
5
Identify Windows DirectX game about building a manufacturing business
10
What was that old FPS game where you shot rats in a sewer?