I have a Macintosh SE in my collection and I noticed these odd looking traces on the mainboard. Not quite sure what to think of it 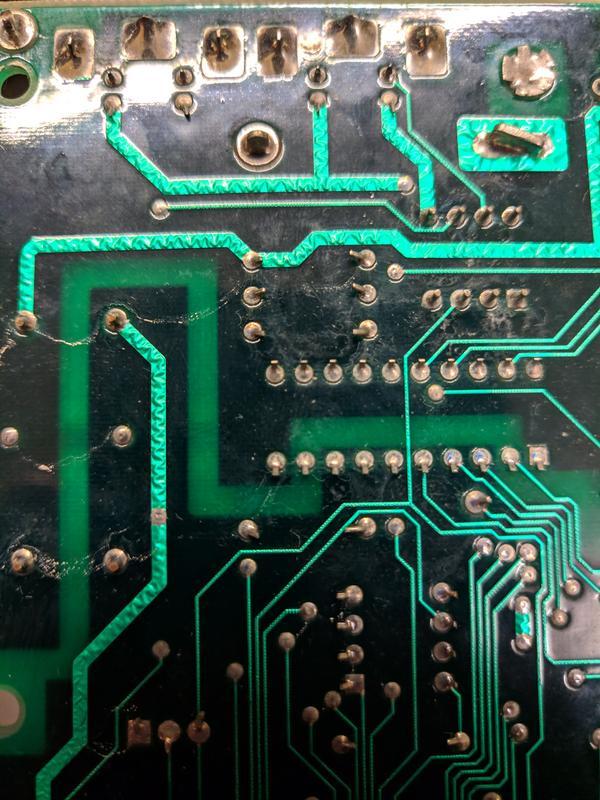 They were most likely wrinkled like that from the start, due to the way they were manufactured, and thus you should not be worried.

Until the mid-90s, boards often went through an HASL, or "hot air solder leveling" process that put solder on the traces before the solder mask (a protective layer over the board) was applied. This initial solder over the PCB's copper traces helped avoid corrosion and, when near a point where a component would later be soldered, would help wetting so that the component could be more reliably connected to the PCB trace.

Excess solder on the traces would be removed before the mask was applied, but usually not completely on large traces. So, after being masked, when the board was wave soldered to attach the electronic components, the original HASL solder, now underneath the solder mask, would melt again and reform unevenly under the mask during cooling.

There's a more detailed discussion about this on Reddit.

This is actually a comment, but images cannot be inserted in a comment, so I wrote an "answer", just to point out that this kind of trace looking is already known in other computers, like the ZX Spectrum. AFAIK, this is due to the wave soldering process used.

This is how it looks like on the solder side: 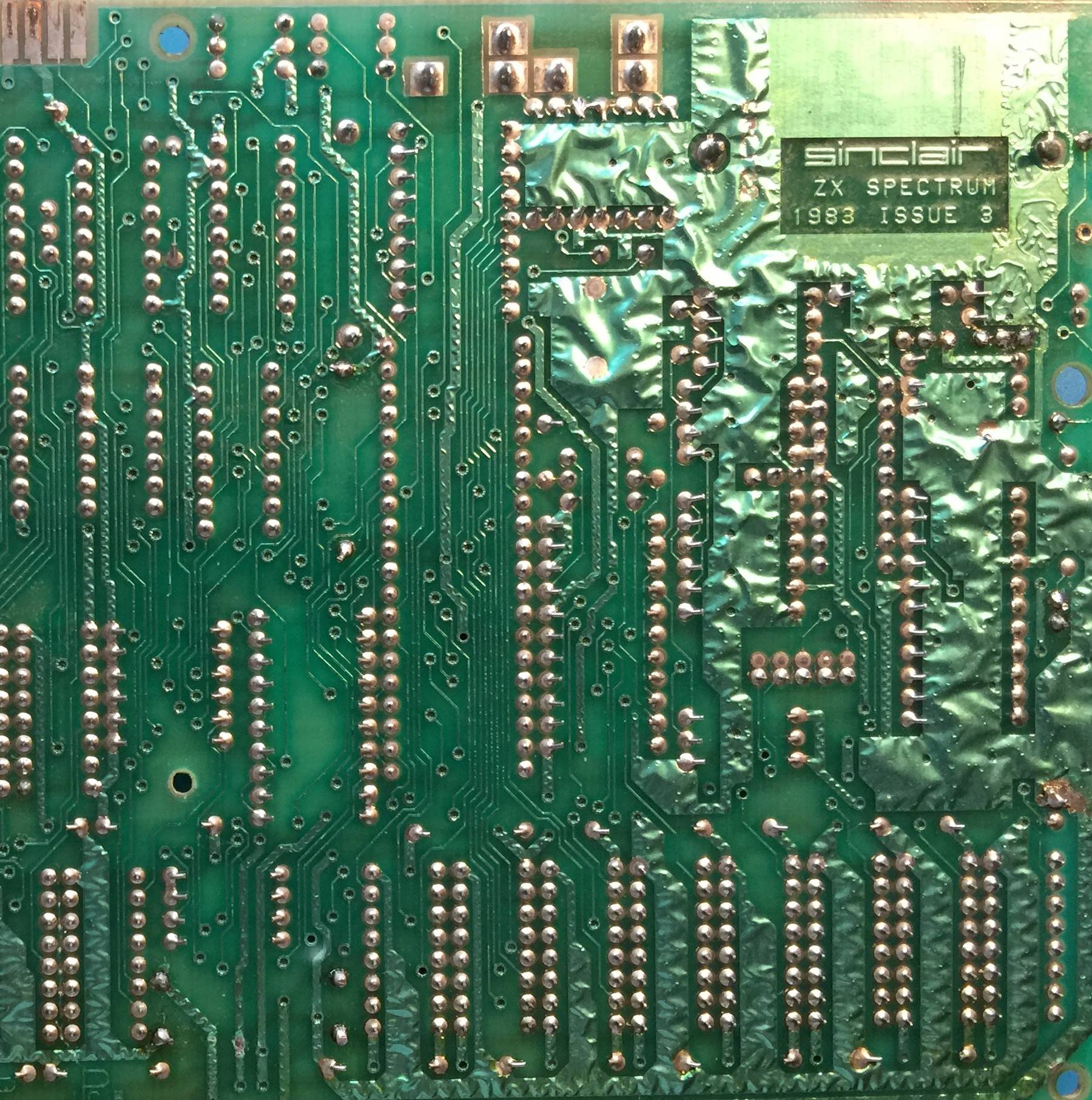 Not the answer you're looking for? Browse other questions tagged apple-macintosh motherboard or ask your own question.

6
What was the first computer board to be wave-soldered?

12
Which Apple floppy drive is compatible on both Apple IIc and Macintosh
6
What is the title of this Macintosh programming book?
3
When did the Macintosh start using four (or more) layer PCB's?
9
What exactly did Sony contribute to the original Apple PowerBook?
3
When and why would MacinTalk say "open-apple hold"?
9
What was the screen refresh rate of the Lisa and original Macintosh?
4
Macintosh II ROM Replacement
2
Asus SP97V motherboard not powering up
4
Send serial data to Macintosh SE?
7
Looking for a 90s Macintosh background pattern collection