What was this music program I played with around the late 90s?

It ran on Windows 95 or 98 I believe. It allowed you to make music by placing colored blocks in various rows. I think it was associated with MTV, but I'm not sure (I had never actually heard of MTV at the time I had this program). It also had an odd feature where you could make music videos made up of moving geometric shapes. One of the sample songs, which was some kind of rock/metal thing if I remember right, featured a green box 'inflating' in time to the music.

What program was this?

edit: It looks like the MTV music generator from Jester Interactive released in 2000, however, that was a ps1 game. I played this on the computer if I remember right.

Consolidating other people's comments into a community wiki answer: the software may have been MTV Music Generator, shown here in its Windows version: 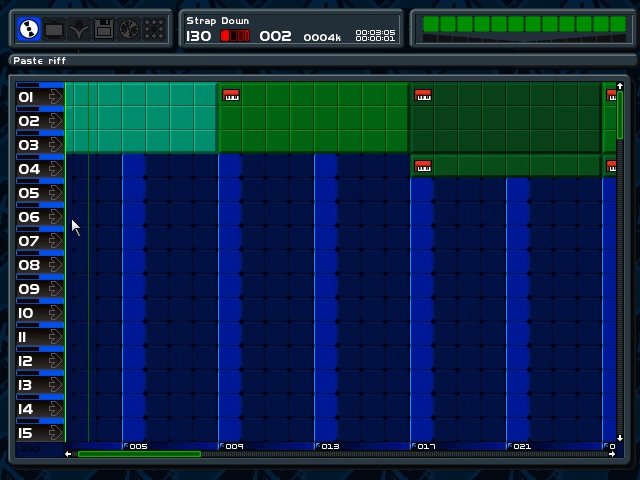 There seem to have been several versions over the years, and unfortunately I can't find footage of the Windows version of the music video generator. I found some example footage from PlayStation versions: here and here, which may or may not be similar to the Windows version.