Looking for a 90's shooter-platformer game

Back in the 90's I remember playing a 2d shooter-platformer game on my family's home computer. I sucked at the game, and as far as I remember I never managed to beat the first level.

The details I can (somewhat) remember:

I know it is not these games:

So trough @Tommy's answer I was able to find the game I was looking for. Turns out it was a title called Zombie Wars, also known as Halloween Harry 2. Essentially it was a sequel to Alien Carnage released in 1996. 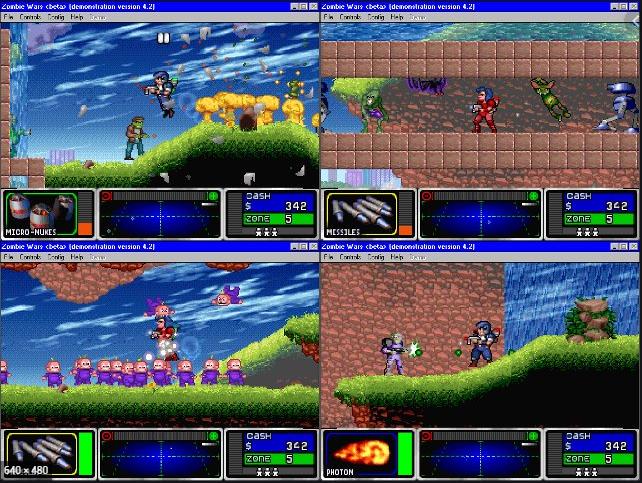 I'm going to venture a guess with Alien Carnage: 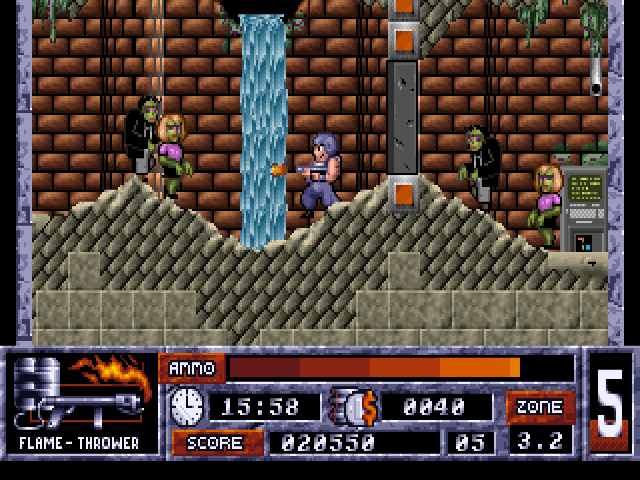 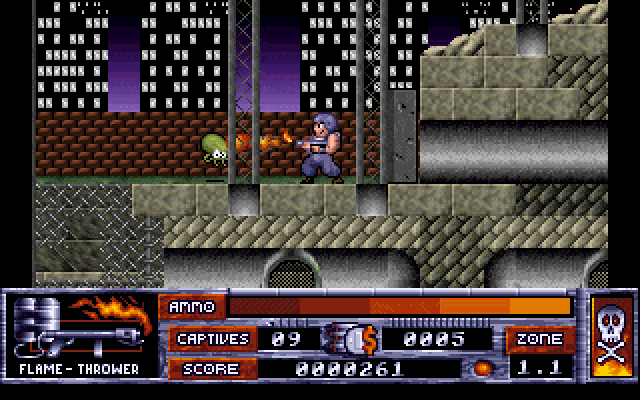 It was a shareware title released initially as Halloween Harry but later retitled, and the plot revolves around aliens that turn people into zombies. Another notable gameplay element is the character's sometimes jetpack.

It has a Wikipedia page, which reports that at the time of the name change they also switched around the episode order; since Apogee always offered the first episode of a game for free as shareware you should download the demos of both Halloween Harry and Alien Carnage to get two different episodes for free.