People who code: we want your input. Take the Survey

Can anyone identify this Parallel to Serial Interface Board?

I just spent an enjoyable day at the local ham fest with my father - digging through boxes of other peoples junk. I'm a sucker for weird electronics, especially when it's in the free pile, and so I am now the proud owner of two Parallel to Serial interface boards and I'm left wondering what they originally came out of.

So obviously the chip complement seems to support the board label as some kind of a parallel to serial interface, but to what? Below are some snapshots to hopefully help identify the board. 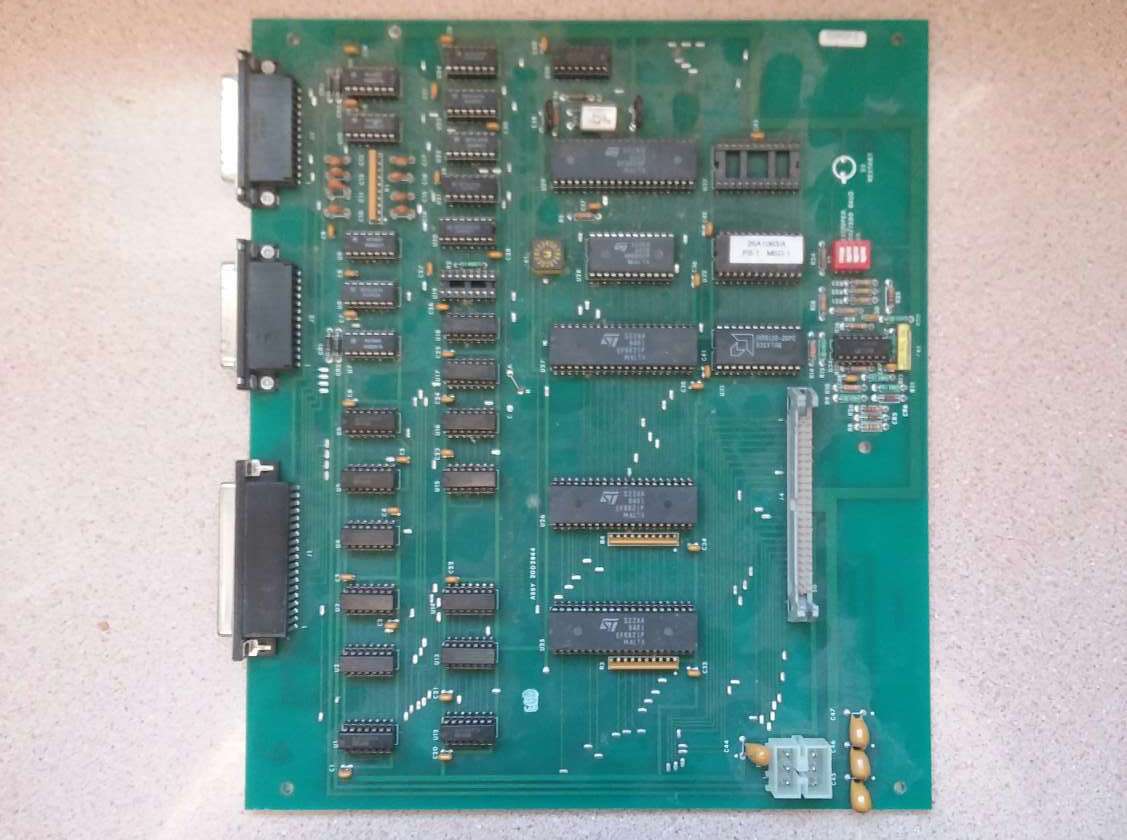 Next, the assembly number and board description (sorry for the lack of definition here, the camera simply wouldn't pick up the silver grey lettering) 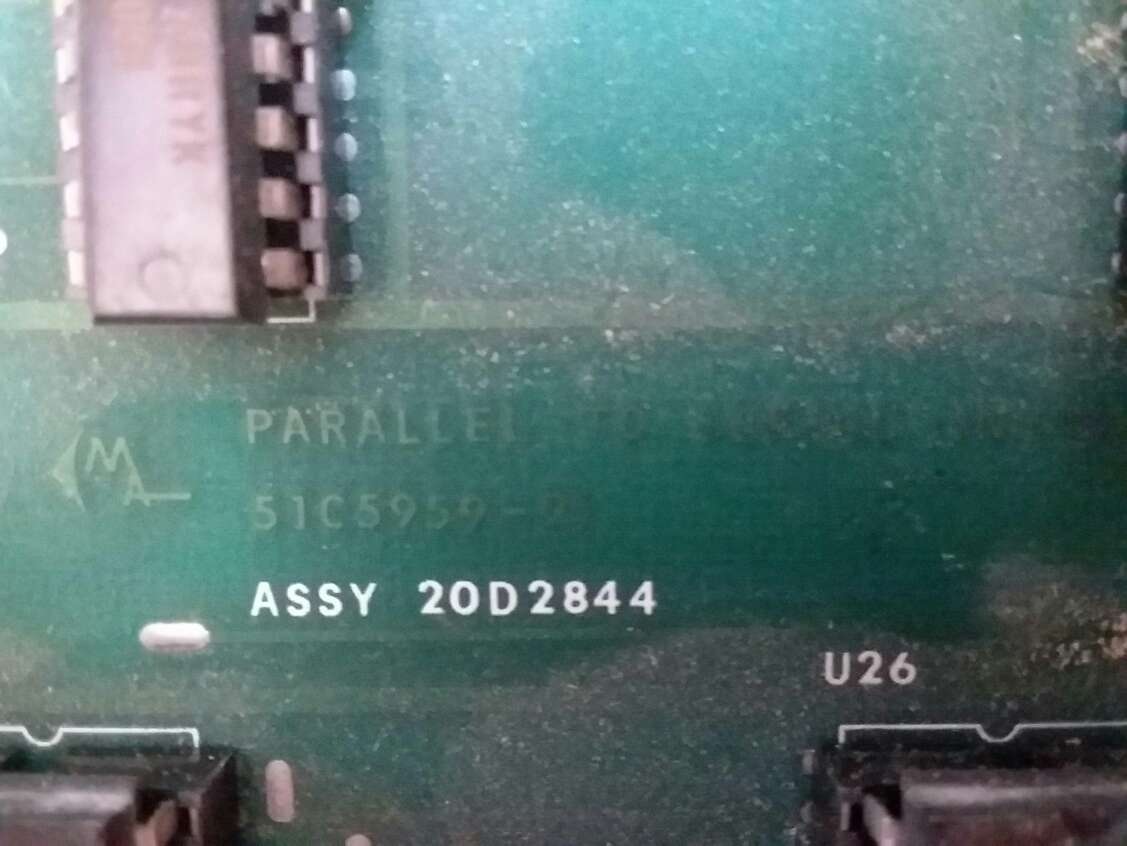 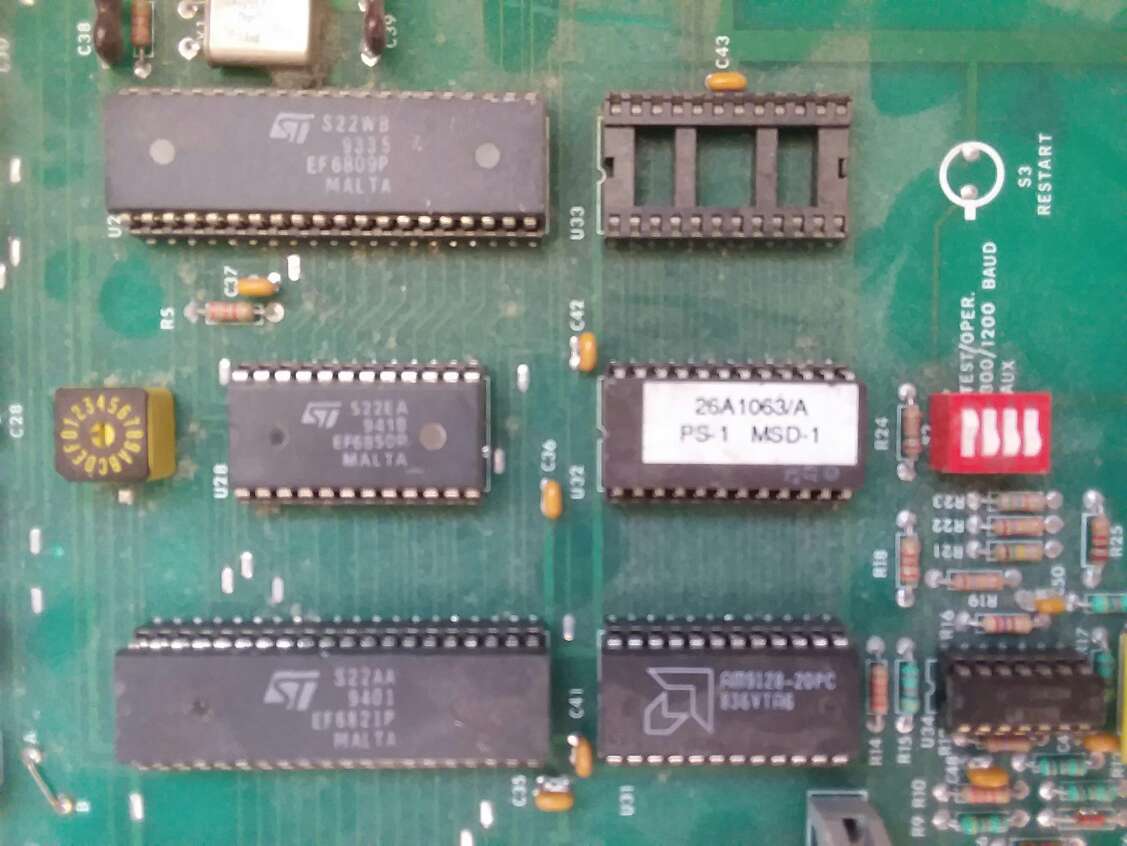 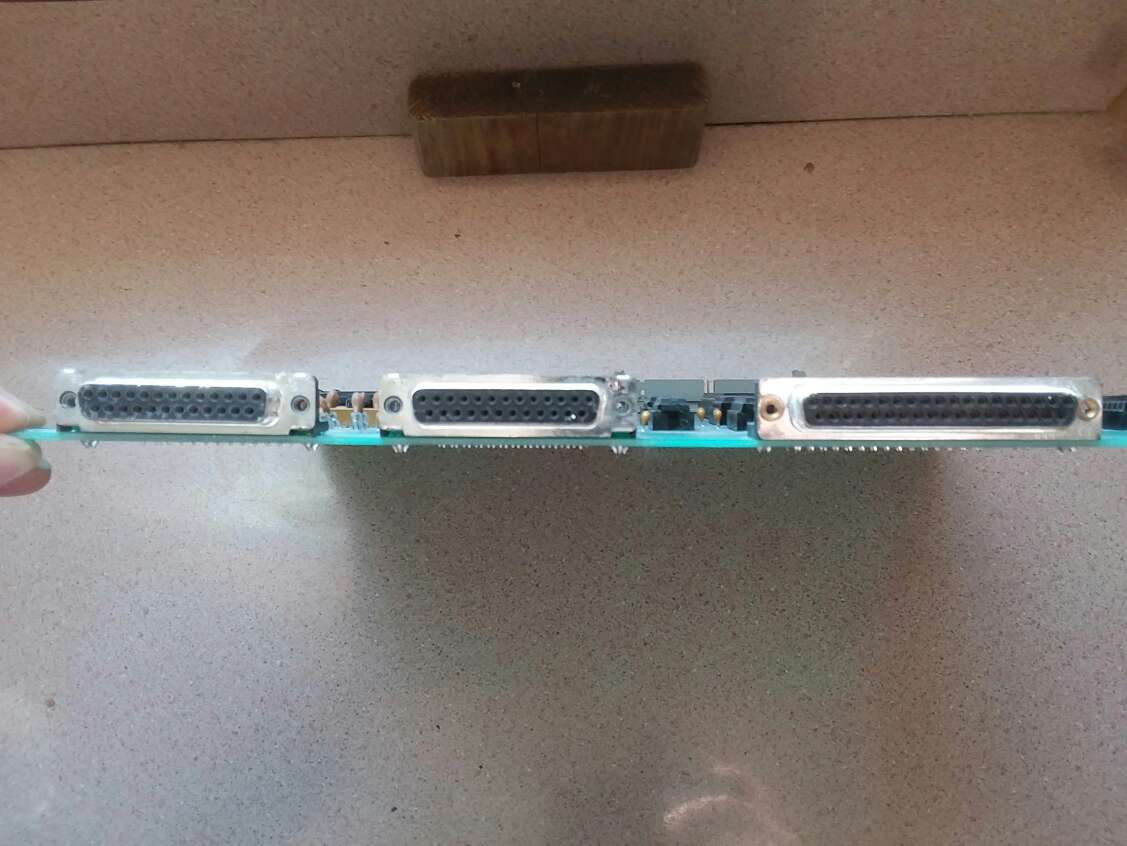 So, anyone having any brain-waves?

The boards are essentially "serial to parallel converters," but probably not of any type anybody here is familiar with. A manual has been found that describes two devices, the MSD-1 Multiple Status Display and the MDC-2 Multiple Direct Command Option, used with the Moseley Associates Inc. MRC-2 system, a microprocessor-based system for monitoring and control of equipment such as radio and TV transmitters.

On one of the DB-25 connectors the the system receives RS-232 serial input at 300 or 1200 bps (based on the switch setting). I am guessing that this serial signalling is passed through (via hardware, not an ACIA) to the other DB-25 connector for connection to further similar boards so that they can see the same data stream. The firmware itself never generates any serial output.

The board's output is 32 digital signals on the DB-37 connector. Presumably these signals were used to control something, but there's no indication of what. The output is handled by a pair of 6821 PIAs, U25 and U26, together referred to as "P32" in the disassembly.

There is a third PIA, U27 ("P16" in the disassembly) that is used for things like reading the switches and signalling that the system is alive and/or restarting.

The board receives a stream of characters on the serial port and, based on what it receives, sets bits on the 32-bit digital output. This appears to be designed so that one stream of serial data can be passed to multiple boards; each one has an address from 0-15 (probably set by the rotary switch) that determines which characters it will take as commands to change its digital output and which it will ignore.

The protocol is not like anything I've seen before and is probably proprietary. It's not a simple case of specific characters toggling specific bits on the digital output (e.g., "set bit 5"), but instead there's some sort of obscure processing determining how the outputs are set.

Without knowing the purpose of the board the protocol itself doesn't seem terribly interesting, but you can read through the state machine code that processes the input and updates the output if you want to start to dig into the details.

As Ross Ridge mentions in the comments on the question, yes, this board is a bit overkill on the hardware side. The hardware couldn't reasonably be as simple as just an ACIA and 74xx logic, given that it needs to interpret (and, for the switch unit, generate) a standard serial protocol used by various other devices, but certainly cheaper CPU, RAM and PIA options could have been used.

From the filename of the catalogue below, the system was designed no later than 1981. I probably would have suggested a 6508 microprocessor, which included 256 bytes of RAM (plenty for this application) and an 8-bit PIA. Five bits of the PIA would be used for input from the switches and the other three for shift registers (74LS595 or similar) for the data outputs and switch inputs. Using pricing from an advert in the February 1981 issue of BYTE Magazine, this would have replaced the $38 6809 with an MPU possibly even cheaper than the $12 6502 and completely dropped three 6821 PIAs at $6.50 each, for something like a $50 saving on the BOM.

That said, I suspect that these boards were used in other (possibly more sophisticated) designs as well, and the code is clearly re-using parts of a standard framework for more sophisticated systems. (See how the interrupt-handling code works, for example.) So it's probably not unreasonable to re-use existing, tested resources even at the cost of a more expensive BOM.

The MRC-1 Catalogue gives an overview of the full system in which the accessories containing these boards were used. MRC 2 Microprocessor Remote Control System, Volume One is the manual for that system, and MRC 2 Microprocessor Remote Control Options, Volume Two is the manual for the products that used these boards. You can see a picture of an installation including the MRC 2 and these two options (at the lower right) at Alice@97.3 Transmitter.

The rcse-mystery-board repository on GitLab contains high-resolution photos of the board, a dump of the ROMs (two, since they were somewhat different between the two examples of this board) a disassembler and framework to run it, and an info file for the disassember that produces a very heavily commented, but not entirely complete, disassembly of one ROM. (There's also a bit of disassembly of the other ROM, particularly the common parts.)

The README gives details of what's there and how to use the tools, and if you walk foward through the commit history from the start you'll see how I built the tools and did the disassembly, step by step. (The commit messages generally contain detailed commentary on this.)

Not the answer you're looking for? Browse other questions tagged 6809 identify-this-card or ask your own question.

43
Can anyone identify this unknown 1988 PC card from The Palantir Corporation?