I'm reviewing the historical original ASCII standard. There are many control characters. Does anyone know the history of them and where finite state machines that made use of them may be documented?

I ask because it's not in the document with the ASCII standard I found.

Pictures attached of what I'm referring to. 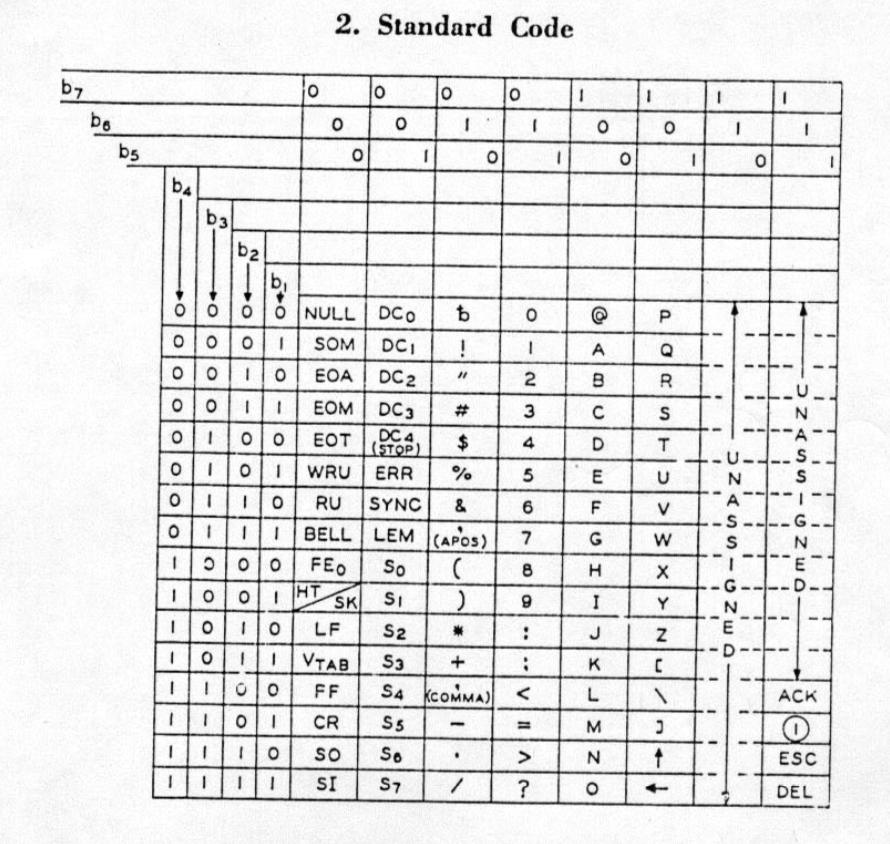 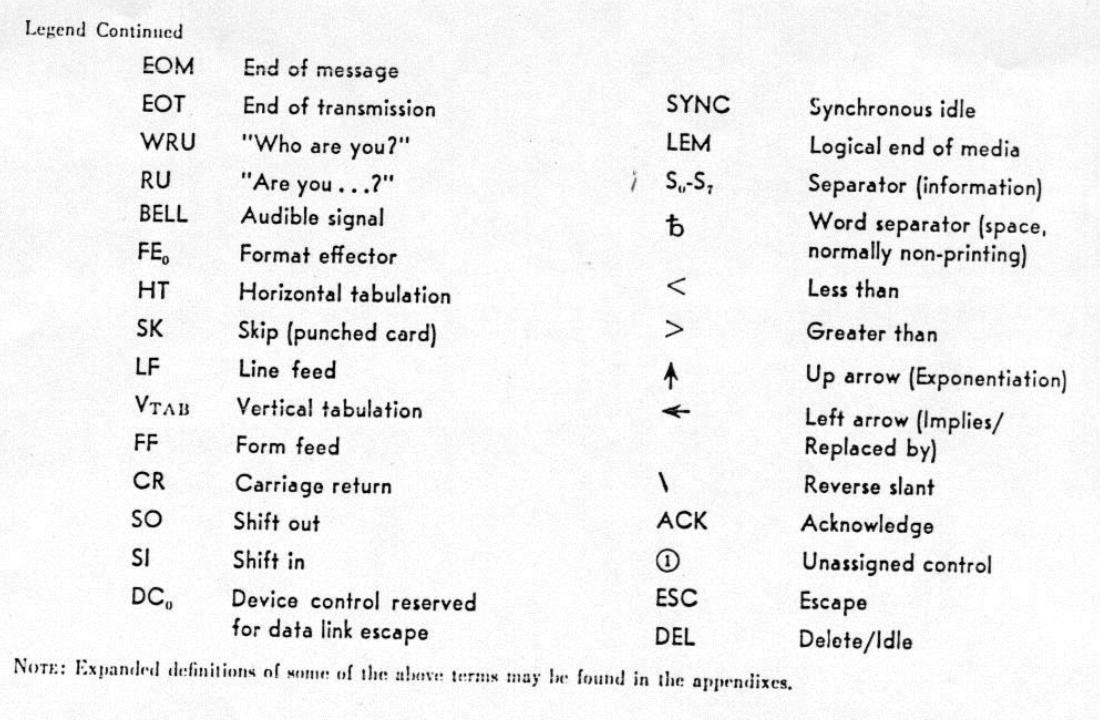 The ASCII standard doesn’t explain how it was constructed, but Charles E. Mackenzie’s Coded Character Sets, History and Development does. Section 14.9 covers control characters. When building the 1963 version of the standard, a number of control characters were deemed essential for transmission control, and these were placed in the code space in such a way as to minimise the risk of transmission corruption; in addition, a few “format effectors” (tabs, line feed, form feed, carriage return), code extensions (Escape etc.), and some miscellaneous control characters (bell etc.) were included. The remaining characters were assigned general meanings but nothing specific (device control and separators). The addition of the lower-case alphabet in the 1967 standard meant that some control characters had to be moved; others were renamed, or removed, and quite a few were added (including backspace, EOT...). The 1967 standard is the version still in use today.

The 1963 iteration was still mostly TTY orientated and got only partly adaption with TTYs. Computer use was incosistent, especially since most logical control characters were not standardized at all.

There are many control characters. Does anyone know the history of them

Except for the Sn series they're all TTY related and direct descendants of other prior codes and applications (mostly ITA2 as base and FIELDATA for computer use). You might want to consultate other teleprinter setups and manufacturers here, as well as their protocols.

and where finite state machines that made use of them may be documented?

Mind to explain what kind of purpose the a state machine you're asking for should have? Without that question doesn't make much sense.

I ask because it's not in the document with the ASCII standard I found.

As it's not any business of the standard? Keep in mind, back than standards were made for practical use by engineers, not theoretical clean room definitions. All control codes used are of obvious meaning to a 1960s user, so no need for much explanation, beside spelling their function that is.

Not the answer you're looking for? Browse other questions tagged history keyboards terminal ascii or ask your own question.

13
How can I use a modern keyboard with the Panasonic JB 3000?
12
Troubleshooting and reparing an Atari 800XL with a single key not working
13
Early Apple assemblers, getting hold of them
12
MITS to Dell: the mail order gap?
3
What trial-and-error method to use for determining serial terminal settings (RAC2-8-EK)
6
Can escape sequences be entered directly from keyboard to terminal for VT100 and similar?
58
Why did C use the -> operator instead of reusing the . operator?
16
In the original Z80 layout, where are the “traps” located? And what are their effects?
5
Using MAI DT4315A as a terminal for RaspberryPI or other linux system