Commodore monitor to VGA or HDMI

I have this monitor, which I think is a Commodore 64 monitor. I would like to connect it to a pc.

Anyone know how to convert VGA or HDMI to this connector format? I've tried searching, but so far I've only found solutions for hooking a C64 up with a VGA monitor, which is kind of the opposite of what I'm aiming for. 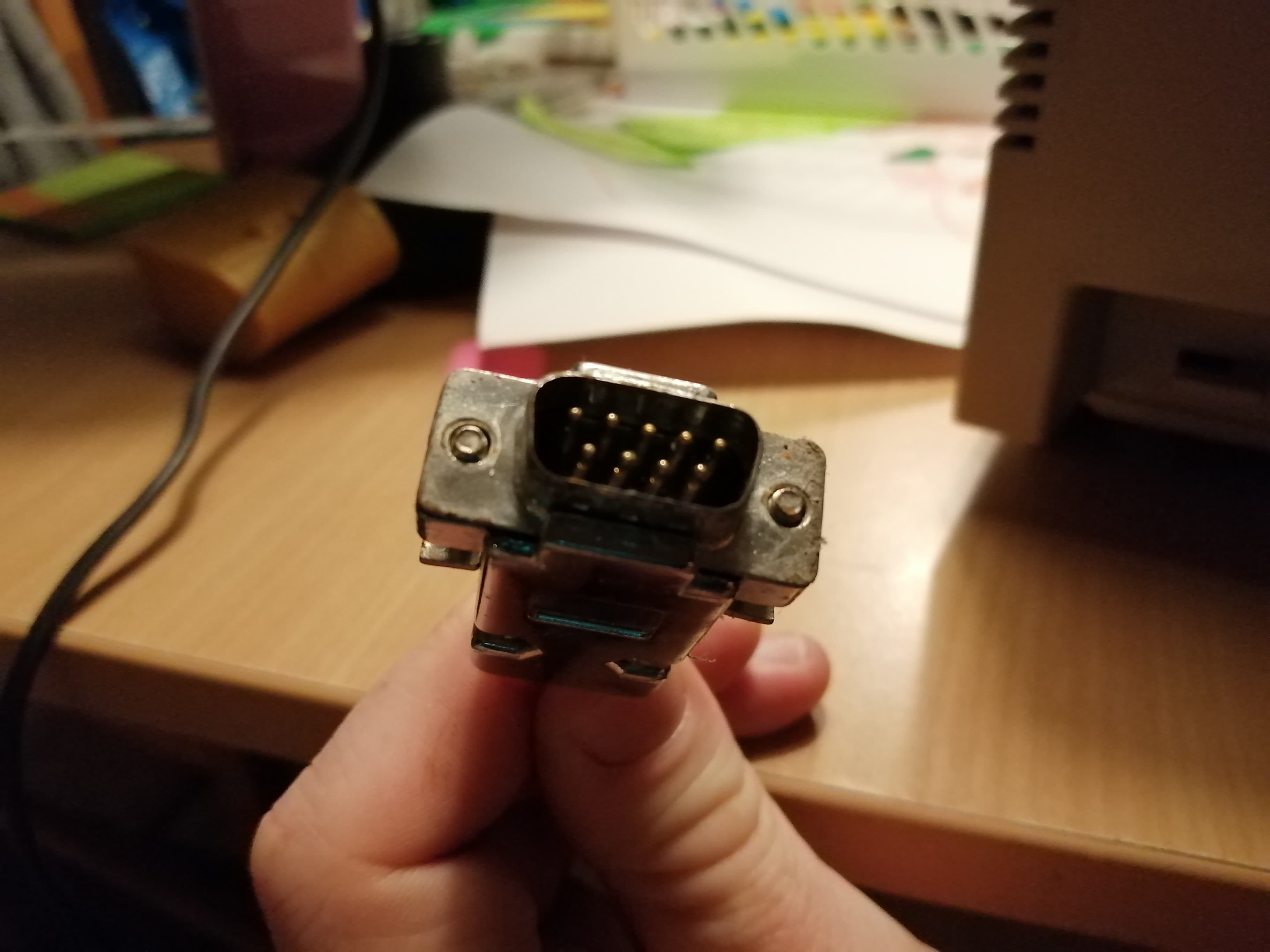 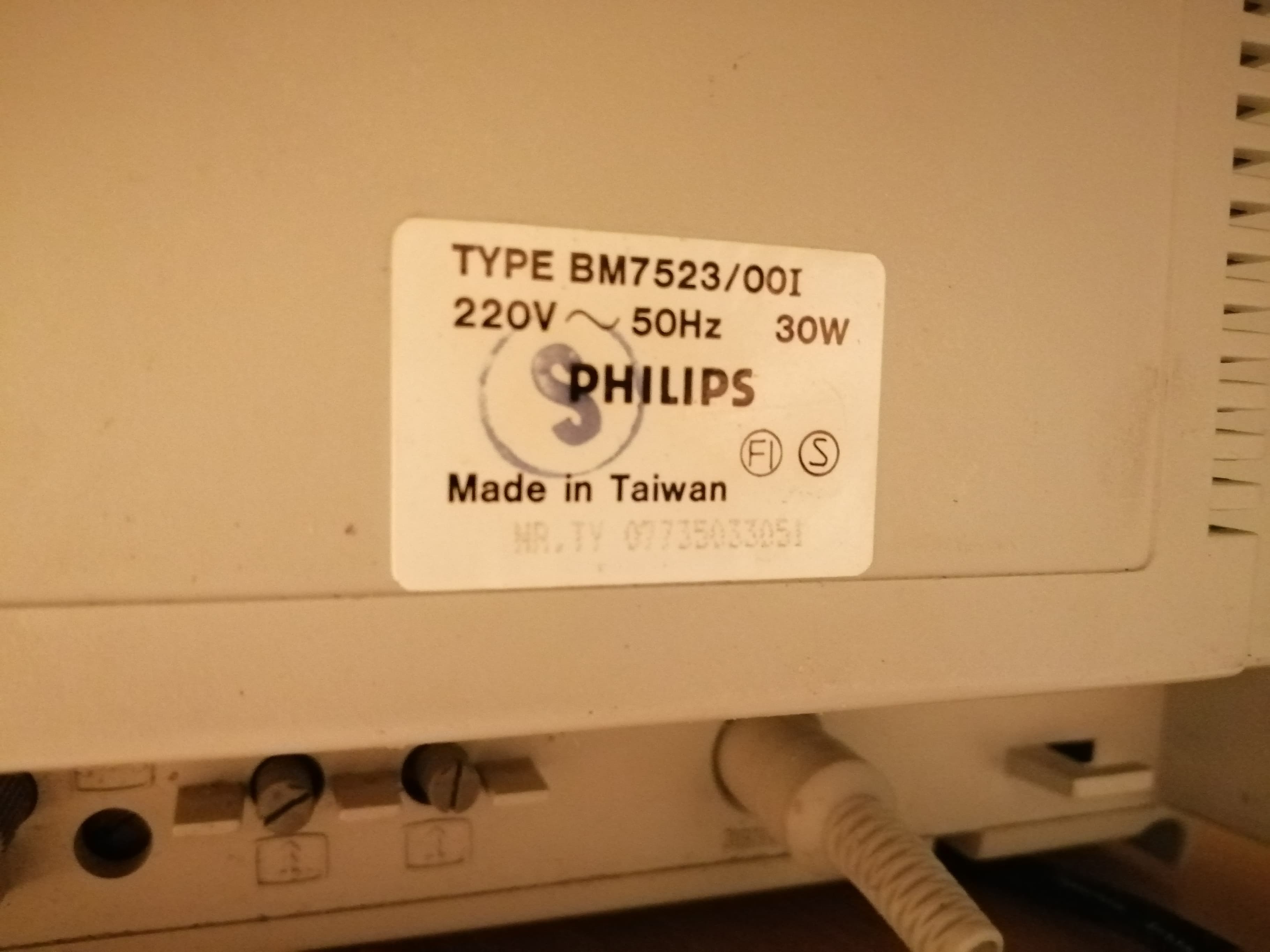 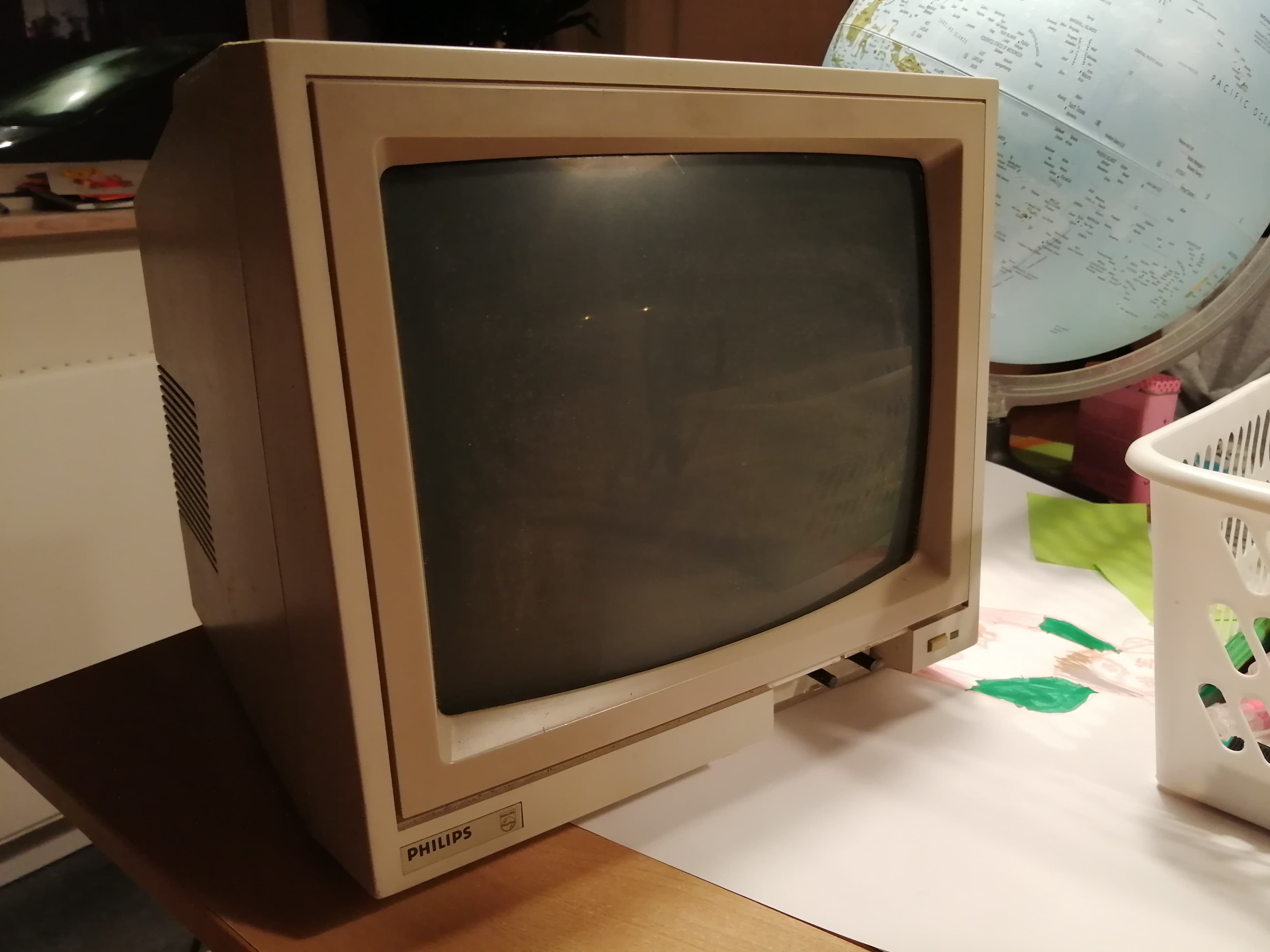 I have this monitor, which I think is a Commodore 64 monitor.

Not really. And especially not for the C64.

The screen was manufactured in Taiwan (*1) for/by Philips. It was widely sold as a monochrome screen to many countries.

I would like to connect it to a pc.

It is already a PC one - for MDA cards/output.

The only difference to a standard IBM compatible screen is that a DIN plug is used instead of a DE-9S.

Anyone know how to convert VGA or HDMI to this connector format?

Nope. I bet you would as well not like the loss of information due the downscaling.

I've tried searching, but so far I've only found solutions for hooking a C64 up with a VGA monitor, which is kind of the opposite of what I'm aiming for.

But that's what the usual way is: using older output generators, like a C64, with modern displays.

Now, widening up a bit why not use either an old PC, or if it has to be the new one, why not add an old graphics card to your new PC?

*3 - While 75BM13 sounds like directly taken form Philip's name for the green version BM7513, Commodore used it (only) for the amber one.

*4 - You may want to take a look at the German Wiki entry for the PC10, containing a bit more information, as these machines were not only developed at Commodore Braunschweig, but also quite popular as 'high quality' clones.

*5 - Advanced Graphics Architecture - not to be confused with the later Amiga Chipset of the same name - which got in turn named AA in Germany :))

The monitor shown is a Philips BM7523 which is a 12 inch amber monochrome MDA/Hercules display. The cable shown in your photo ends in a DE-9 plug which is standard for MDA, CGA, and EGA. (VGA uses a DE-15/HD-15 connector.) The service manual with specifications is here.

First, you might be able to put your VGA adapter into a mode whose timings are compatible with MDA without releasing any magic smoke. If not, read on...

Edit: Raffzahn's answer says your particular monitor supports 800 pixels across, so that helps a little.

The next problem is that MDA is monochrome and supports only 3 levels of brightness per pixel (off, low intensity, high intensity).

Once you've decided how to deal with the mismatched resolution and colors, the technical hurdles begin, starting with converting VGA's horizontal 31.469 kHz and vertical 59.94 Hz scanning frequencies to MDA's horizontal 18.432 kHz and vertical 50 Hz frequencies. You will need to constantly capture the VGA signal to a RAM frame buffer 60 times (frames) per second, and read the same RAM to create an MDA signal 50 frames per second while doing the conversions you decided upon above.

But now you have one more conversion: converting 60 fps progressive to 50 fps interlaced. You'll get some judder or tearing depending on how you do it. If you're adapting from HDMI, you could avoid the problem by sending the monitor a 50 Hz PAL signal.

All of these problems can be overcome, but not without tradeoffs. You might design your VGA/HDMI to MDA adapter in an FPGA due to tight timing requirements and lack of modern supporting chips.

One more thing, this monitor has a long-persistence phosphor, another reason why it won't be very good for video or games. If I were you, I would keep the monitor in its native habitat by finding a nice old computer that outputs MDA/Hercules. Then if you still want to connect this monitor to a modern computer, you can do that through RS-232 and a terminal emulator running on the old computer, with perhaps getty running on the modern computer.

Not the answer you're looking for? Browse other questions tagged commodore-64 commodore vga mda or ask your own question.

13
Acorn Electron to VGA/HDMI?
9
Copying disk images to Commodore 64 floppy disks
12
Identifying this 6502 Assembler
11
Why are my VGA vram to vram copies so slow?
11
Commodore 64 with partly working keyboard (part 2)
8
Why does the Amiga 500 have half the HSYNC pulses seperately compared to those in CSYNC?
5
Why is my Commodore 1541-II stuck showing "Searching for $" whilst trying to load the directory?
7
Monitor can't display boot/DOS video mode making dual boot impossible