Was there a clearly identifiable "first computer" to use or demonstrate the use of virtual memory?

The NPR.org news article and podcast How The World Has Changed! Science During The 40 Years Of 'Morning Edition' includes the photo below with the caption

It says the /370 was "one of the first", and this answer to Did Cray computers use virtual memory? also mentions the /370.

Question: But was there a clear "first computer" to use virtual memory, or was it an incremental development with no clear first instance?

It may be helpful to differentiate the first commercial product from the first developmental demonstration. 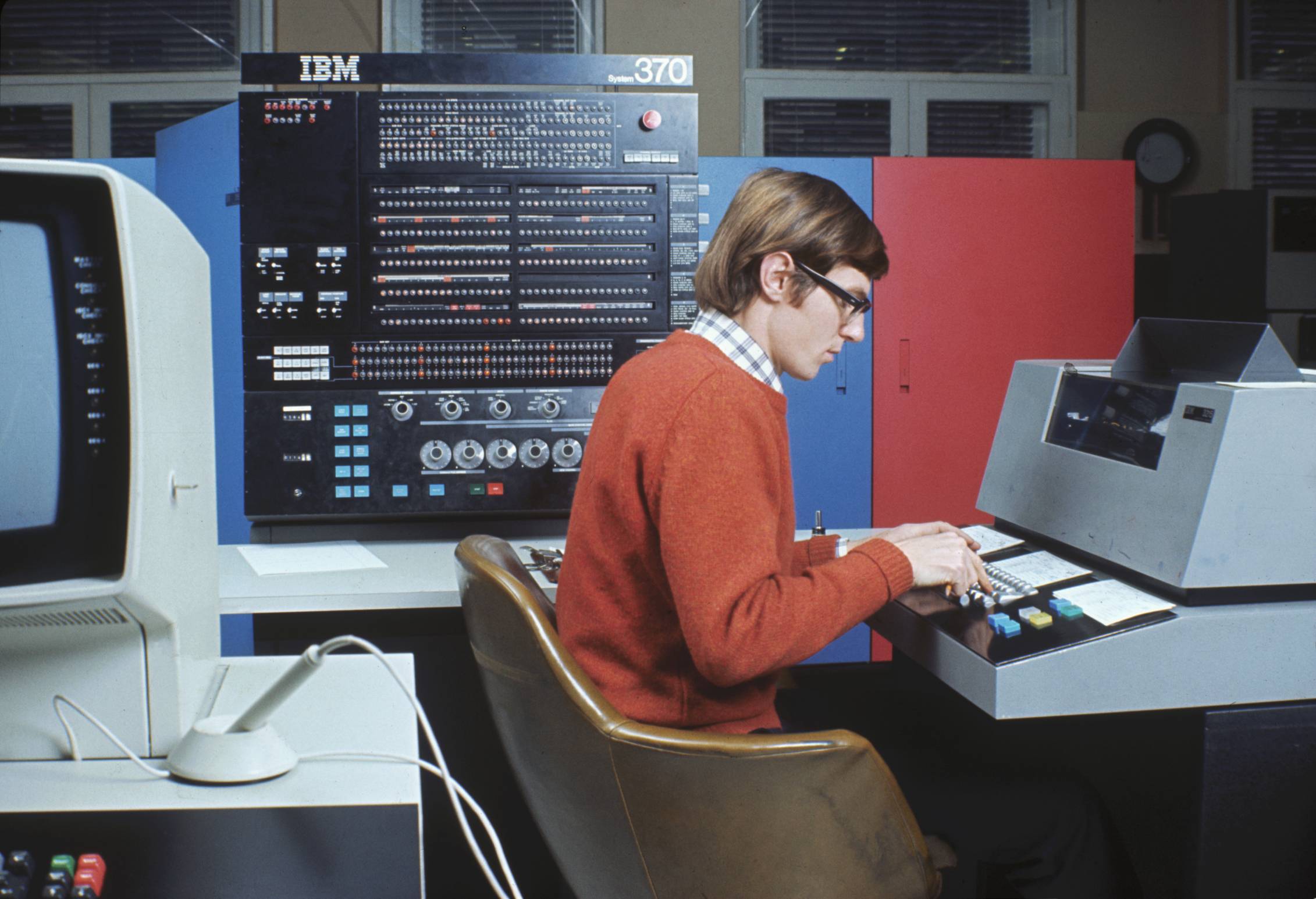 The History section of the Wikipedia Virtual Memory page seems to have the details of this:

The concept of virtual memory was first developed by German physicist Fritz-Rudolf Güntsch at the Technische Universität Berlin in 1956 in his doctoral thesis, Logical Design of a Digital Computer with Multiple Asynchronous Rotating Drums and Automatic High Speed Memory Operation; it described a machine with 6 100-word blocks of primary core memory and an address space of 1,000 100-word blocks, with hardware automatically moving blocks between primary memory and secondary drum memory. Paging was first implemented at the University of Manchester as a way to extend the Atlas Computer's working memory by combining its 16,384 words of primary core memory with an additional 98,304 words of secondary drum memory.[8] The first Atlas was commissioned in 1962 but working prototypes of paging had been developed by 1959.5 In 1961, the Burroughs Corporation independently released the first commercial computer with virtual memory, the B5000, with segmentation rather than paging.

Unfortunately, all the good sources appear to be paywalled. Elke Jessen's "Origin of the Virtual Memory Concept" from IEEE Annals of the History of Computing (2004, 26 (4), pp. 71–72) is likely to be accurate, if you can get hold of a copy.

Let me introduce yet another supplier of a Virtual Memory System. Tens of thousands of programmers (I'm guessing here) used VAX's VMS, which allowed RAM to be swapped in and out for temporary storage on disc. The PDP 11, which used VMS, sold over 600,000 units from the early 1970s until the 90s. Research on this machine is easy because so many people used them.

I programmed the PDP 11 once, back in the early 1970s and it was the friendliest, neatest little computer ever. My sometimes unreliable memory tells me I also programmed the IBM 650 in the mid 1960s, which was NOT all the above. I remember the engineer clearing the 650's memory by holding a bar magnet, wrapped in chamois leather, on the surface of the still-rotating drum memory! The Symbolic Optimizing Assembler Program placed each machine code instruction on the drum so that it's sector was just coming "over the drum's horizon" as the previous instruction finished executing. (I'm not too sure I believe that myself, but I remember being told it. It certainly makes a believable story.) This 650 was installed in IBM, Greenock, Scotland where they made IBM's card punches and verifiers.

I'd suggest that the fact that there are two different "VM" interpretations muddies the water. Burroughs et al. had "virtual memory" implemented by transparent swapping between core and disk.

The IBM 370 had "virtual machines" allowing multiple operating systems to be run on the same physical hardware (i.e. a single copy of CP hosting multiple copies of CMS).

There is clearly overlap between the ideas, but it's probably safe to say that while having an MMU capable of handling multiple virtual machines probably implies that it would be easy to implement virtual memory, the reverse doesn't necessarily apply.

In any event: IBM was fairly late to the party as far as virtual memory is concerned.

Not the answer you're looking for? Browse other questions tagged history ibm virtual-memory or ask your own question.

8
What was the first personal computer to use surface mount components?
8
What was the first commercially available computer with ECC memory?
31
Why was 2^127 − 1 an interesting problem for "Baby"?
13
What was "whole-value computation" in early real-time systems?
19
Did Cray computers use virtual memory?
1
What was the first introduction of callback concept of programming?
2
When/where was datum and limit relocation invented?
27
In what ways was the Soviet Strela computer "designed to function during a nuclear winter"? Or at least parts of it?