My CRT all of a sudden is shifted to the right. I cannot adjust it via the adjustment potentiometers, nothing changes when these are turned. If I increase the brightness, the whole screen turns green (green monochrome crt).

The monitor is in an old compaq portable I. Any suggestions as to what to look for?

It was working normally and all of sudden did this.

To answer a few of the questions.

Edit: The reference guide I was using is from here: https://www.repairfaq.org/sam/monfaq.htm#monpicshor

When I increase brightness, the entire CRT goes green so I think that means the CRT itself is working correctly but that there is an issue with the horizontal phase (bullet point #2), or Horizontal Output Transistor (HOT) (bullet point #3).

Here is a picture of the adjustments possible. According to the compaq manual, "Master Vid Ctr" and "Hi Scan Ctr" are used to adjust the horizontal position. These two adjustments do nothing to the image when turned. The other POTs for Vertical and Brightness do change the image. 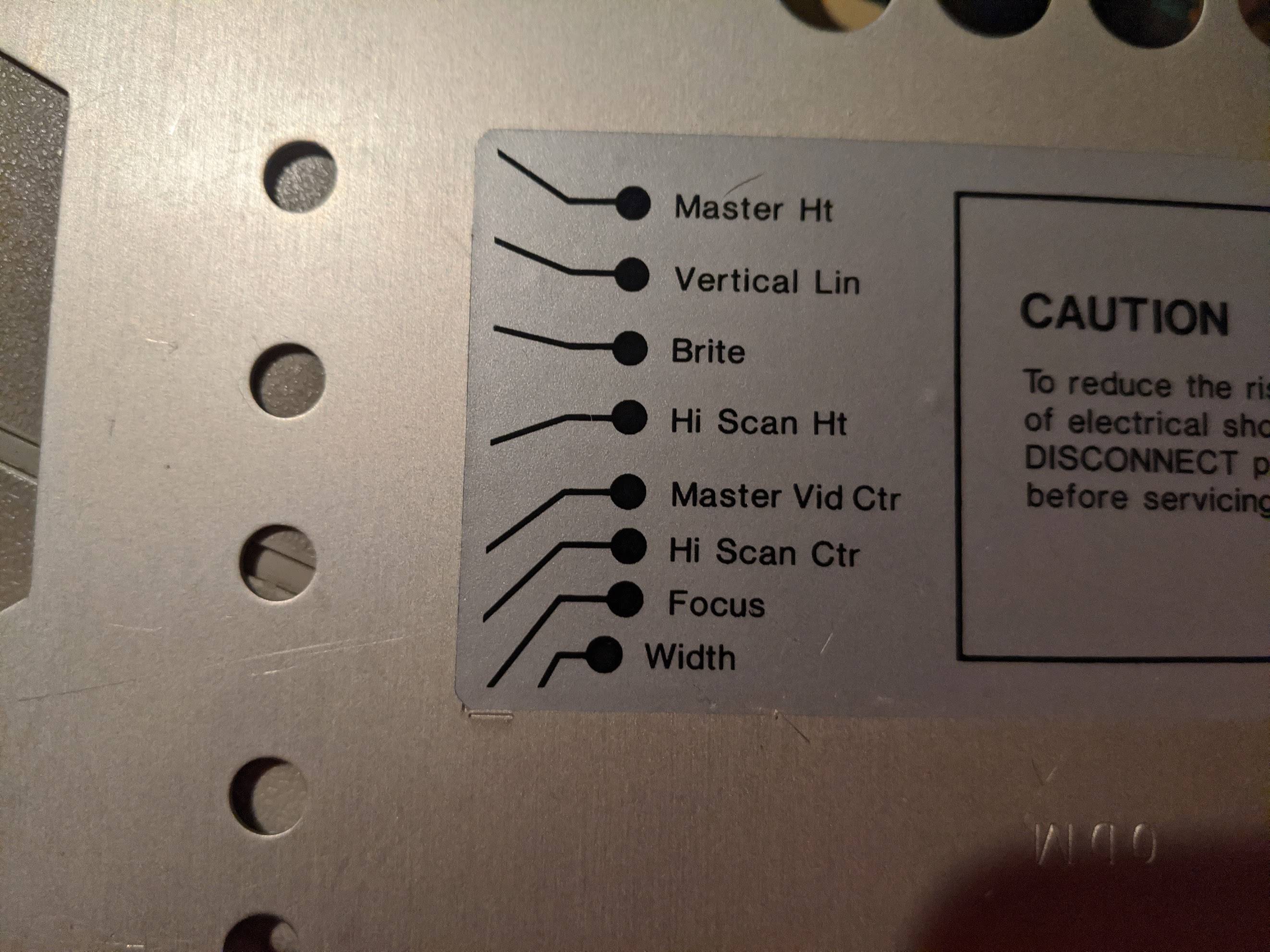 Here are two pictures of the screen, one in low-res and one in hi-res mode. 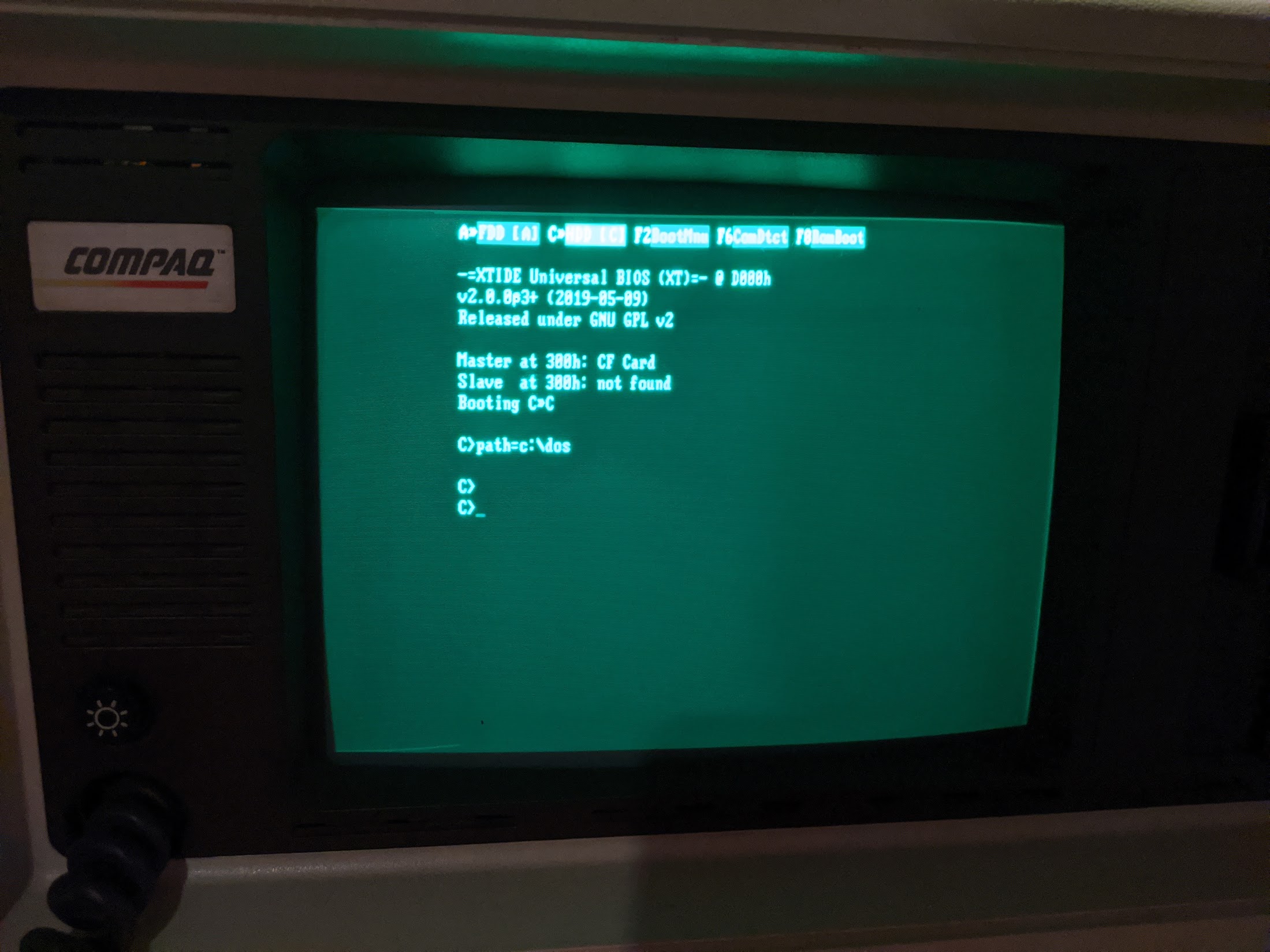 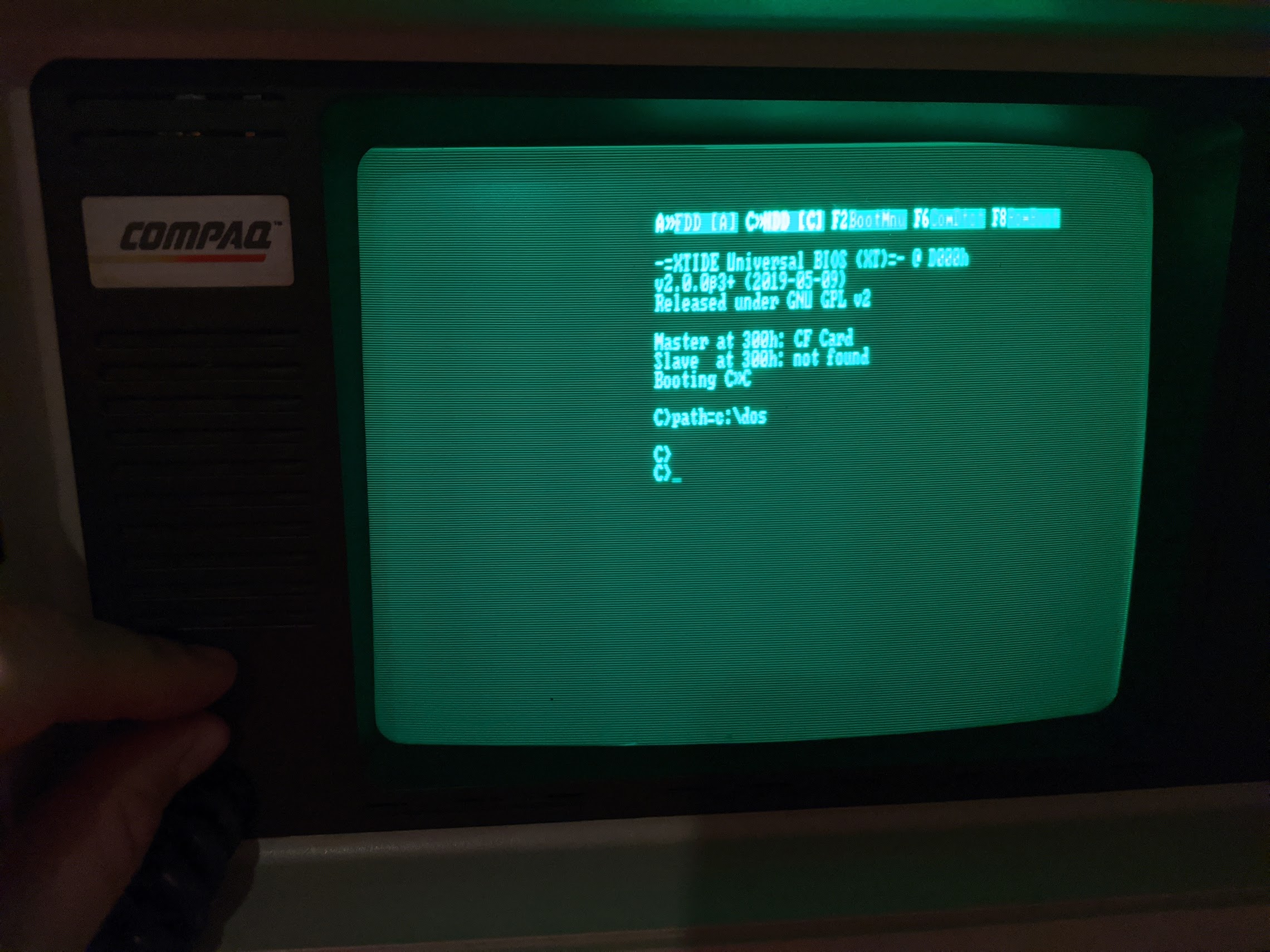 I was asked about what happens to the right side of the screen. Well, it appears the image itself gets cut off. Even if I reduce the width as much as possible, the right columns of text are cut off. 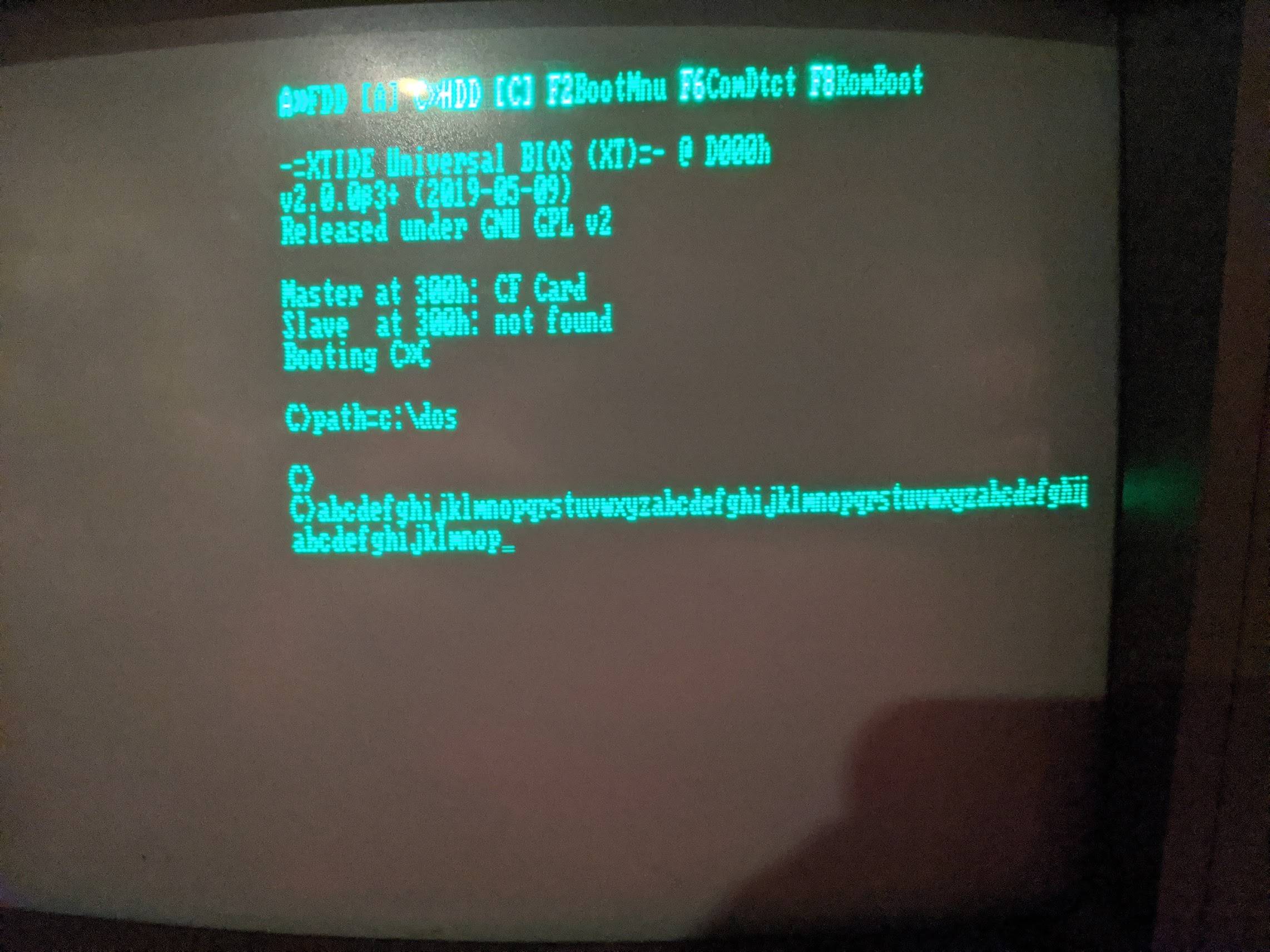 I was also able to move the bad CRT driver board into a known working Compaq Portable. The issue follows the CRT driver. So I know there is definitely something wrong with the driver board and not with the power supply, video card or tube itself.

The quick answer: C410 capacitor was bad, replacing it fixed the horizontal offset and now the potentiometers actually adjust the horizontal position.

How I found (stumbled onto?) the answer

Searched more online and found this similar, but not identical CRT schematic. It is the same manufacturer and many of the same components. Elston DM30 DM40 Schematic My board only has 2 NE555 timers, the schematic on page 5 is close, but has 3.

I knew the horizontal adjustment wasn't working, the schematic has documentation that mentions U401 (same on my pcb) is used to adjust the horizontal delay which positions the image horizontally. It is a fairly simple circuit, and I knew that the components downstream seemed to work as the image was clear other than this.

I had extra 555 timer ICs so I swapped that out. After that, I was able to see a very slight movement of the screen when adjusting the horizontal POTs. I saw the only other component really connected to pins 6/7 was this capacitor. I swapped it out, reconnected the PCB and now everything works!

The longest part was having to keep desoldering this controller board and also making sure I kept grounding out the CRT after every test. There does appear to be a bleeder resistor on this model as I never heard a pop or crackle as mentioned in the various guides on how to discharge a CRT. I still made sure to discharge it manually. 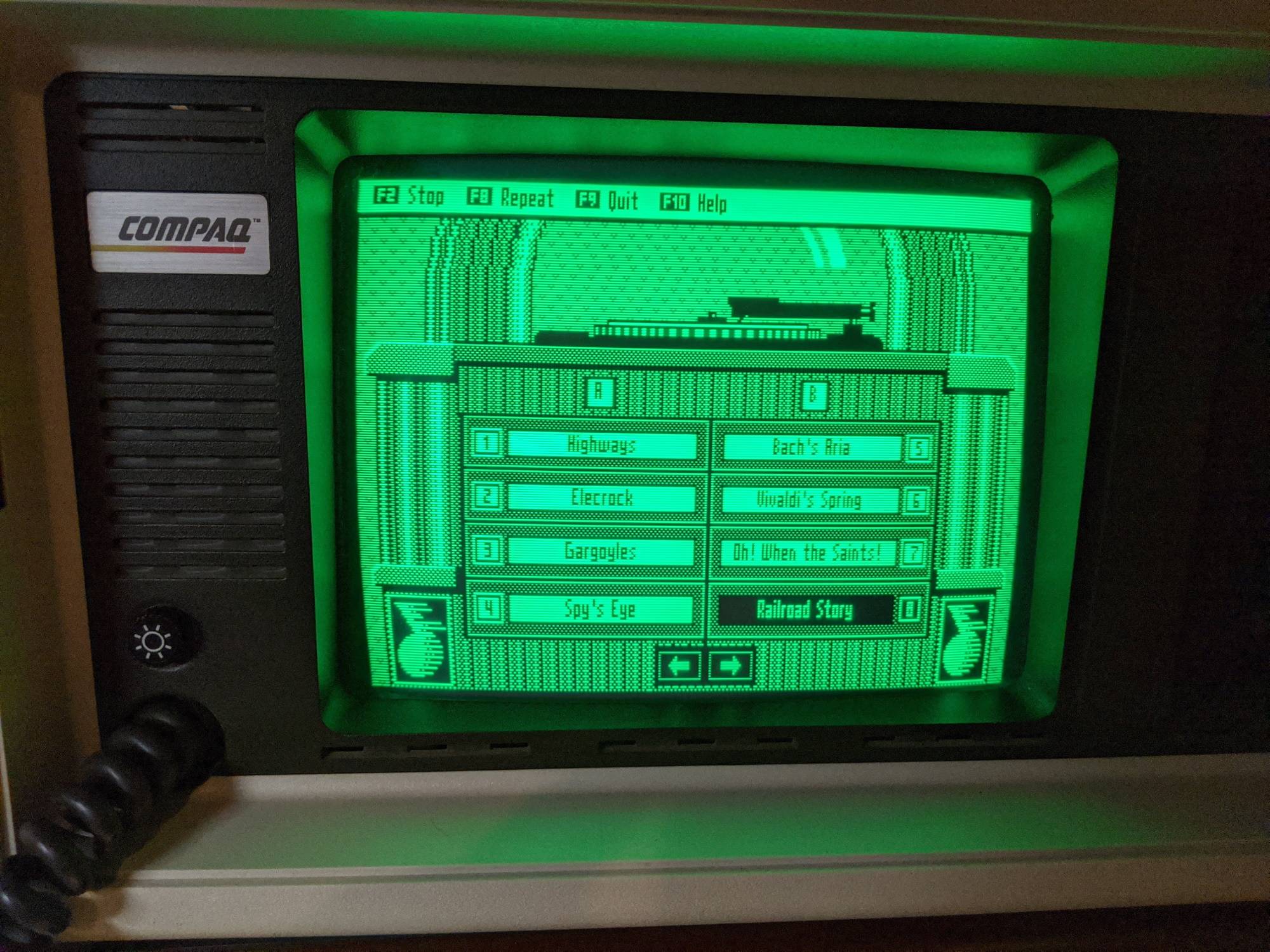 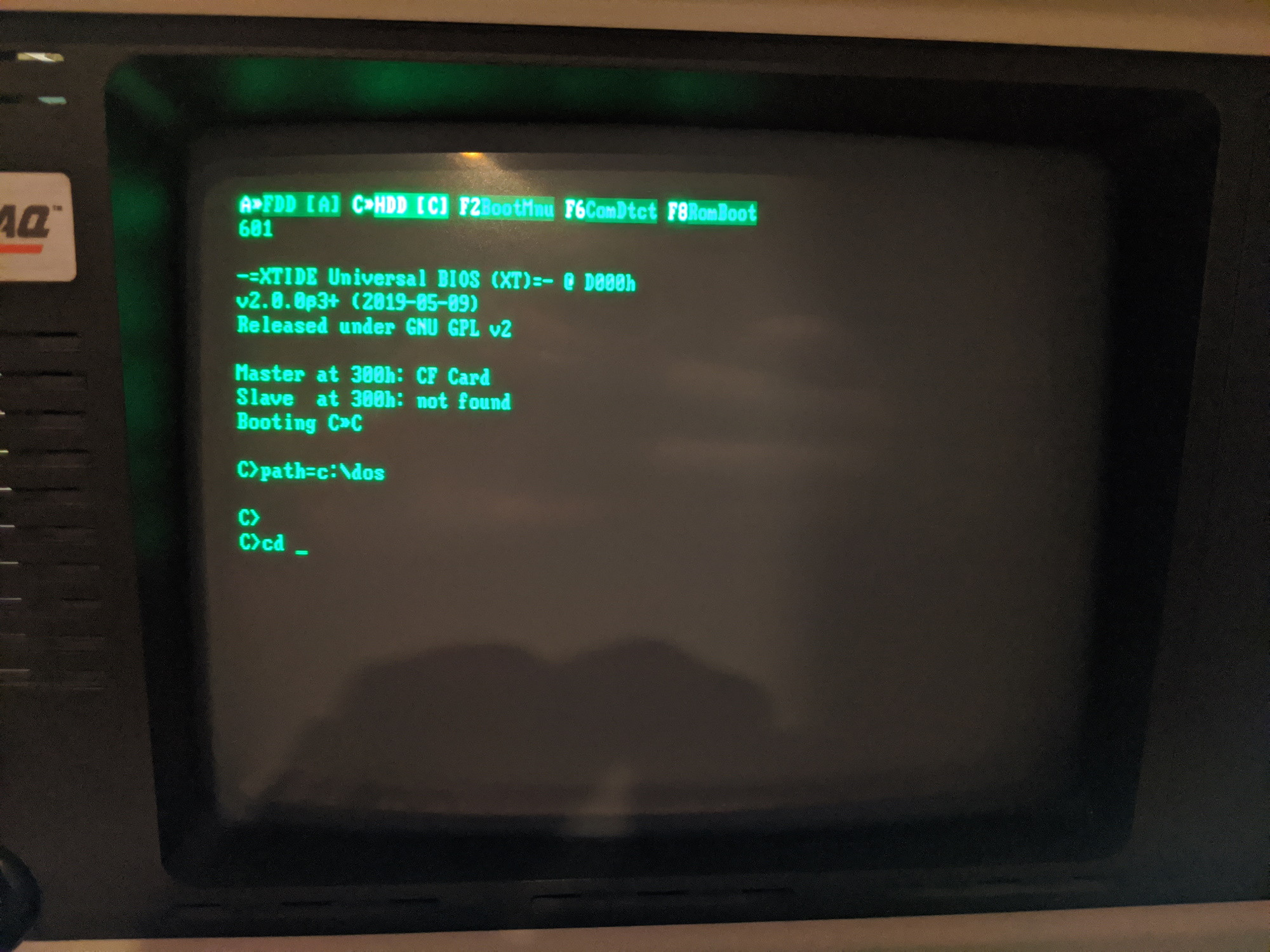 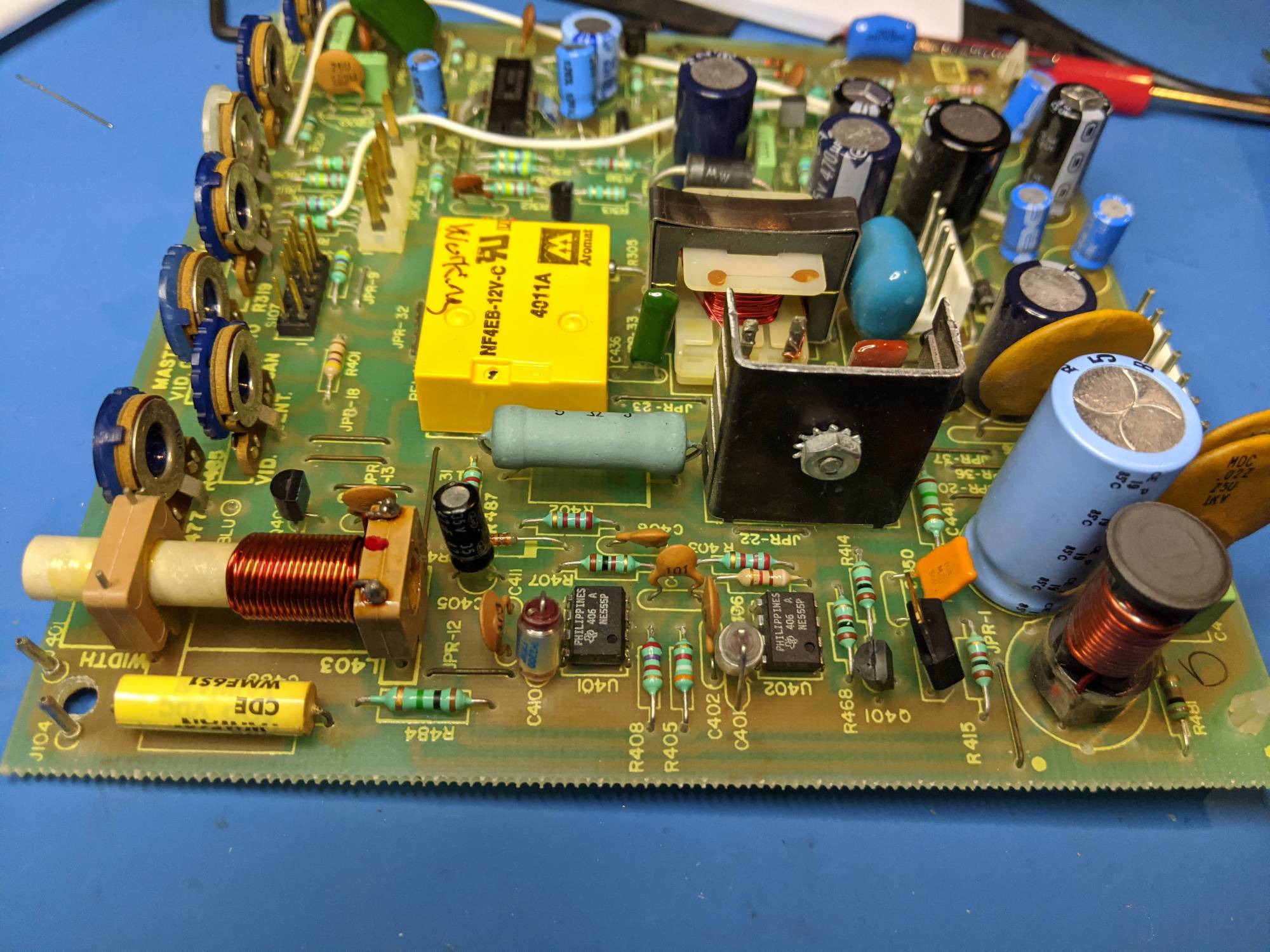 88
Exactly what color was the text on monochrome terminals with green-on-black and amber-on-black screens?

8
Connectors for green screen versus color monitors
8
Safely adjusting CRT while it's on?
2
Fixing the horizontal size(width) of an old CRT monitor (Zenith ZCM 1390-E)
1
CRT contrast issue: light grey on dark grey
16
Was the picture area of a CRT a parallelogram (instead of a true rectangle)?
15
Did any computer allow overscan on a CRT monitor?
6
Can the 80-column display really be improved on a C128 and 1902A monitor?
3
CRT Mitsubishi Diamond Pro 1000 black screen: flashes BIOS logo during boot, but otherwise black