Around 1984, Commodore transitioned from using round LED bulbs for power and drive indicators to rectangular ones. Some of these could be quite wide, like the ones pictured for a 1571 disk drive. They measure about 15mm in width and have four through-hole leads. C128 uses the same. Some Amiga gear has smaller rectangular LEDs, and some same size as pictured (A500).

Where can replacements for these type of LEDs and similar rectangular varieties be found? (Looking on parts sites I've only seen two and three lead versions of smaller size). 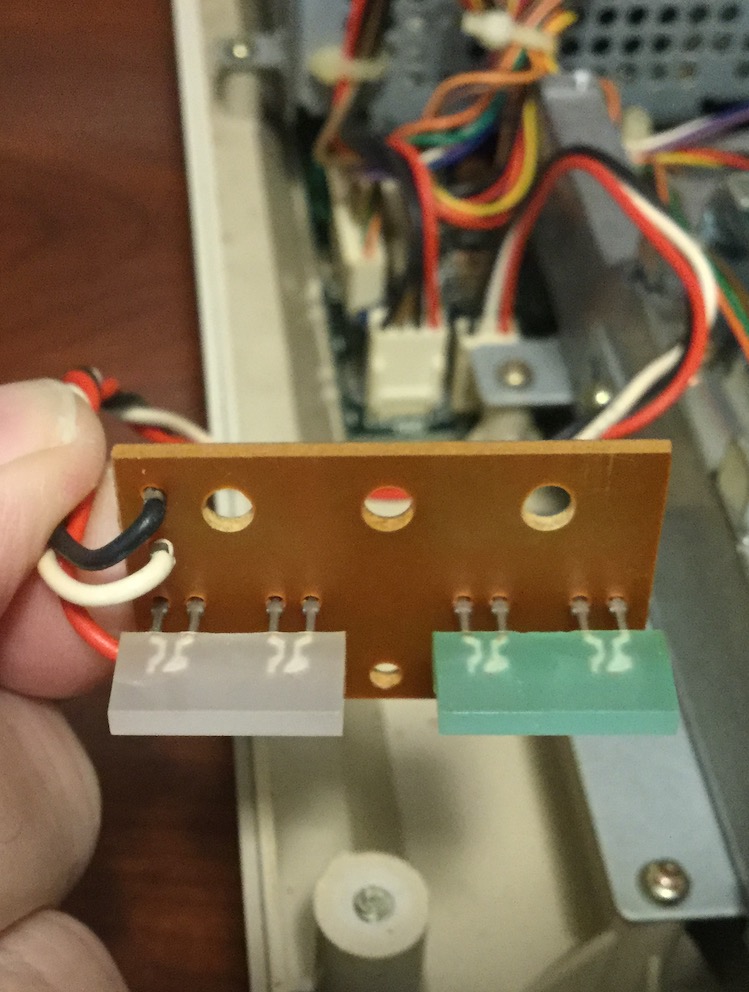 (This question is a bit close to 'what to buy', but examples given are just such, as there are other suppliers)

These are not wide ones, but two within one package. Looking at the back will show that each pair is wired separate (AFAIR simply in parallel). Such dual package LED were already back then special types. Nowadays they are no longer needed, as LED became much brighter, able to lit up a long slot as well.

Best way to replace then is using two standard rectangular LED adding up to the same size - after all, it's exactly what they are :)

There is a rather large selection around that sweet spot. But be careful, sometimes sizes vary between colours for the same series.

Not the answer you're looking for? Browse other questions tagged hardware commodore repair or ask your own question.