In part the design was made for show effect. Reduction in wire length had only a minor influence, especially as it's only present in one dimension. 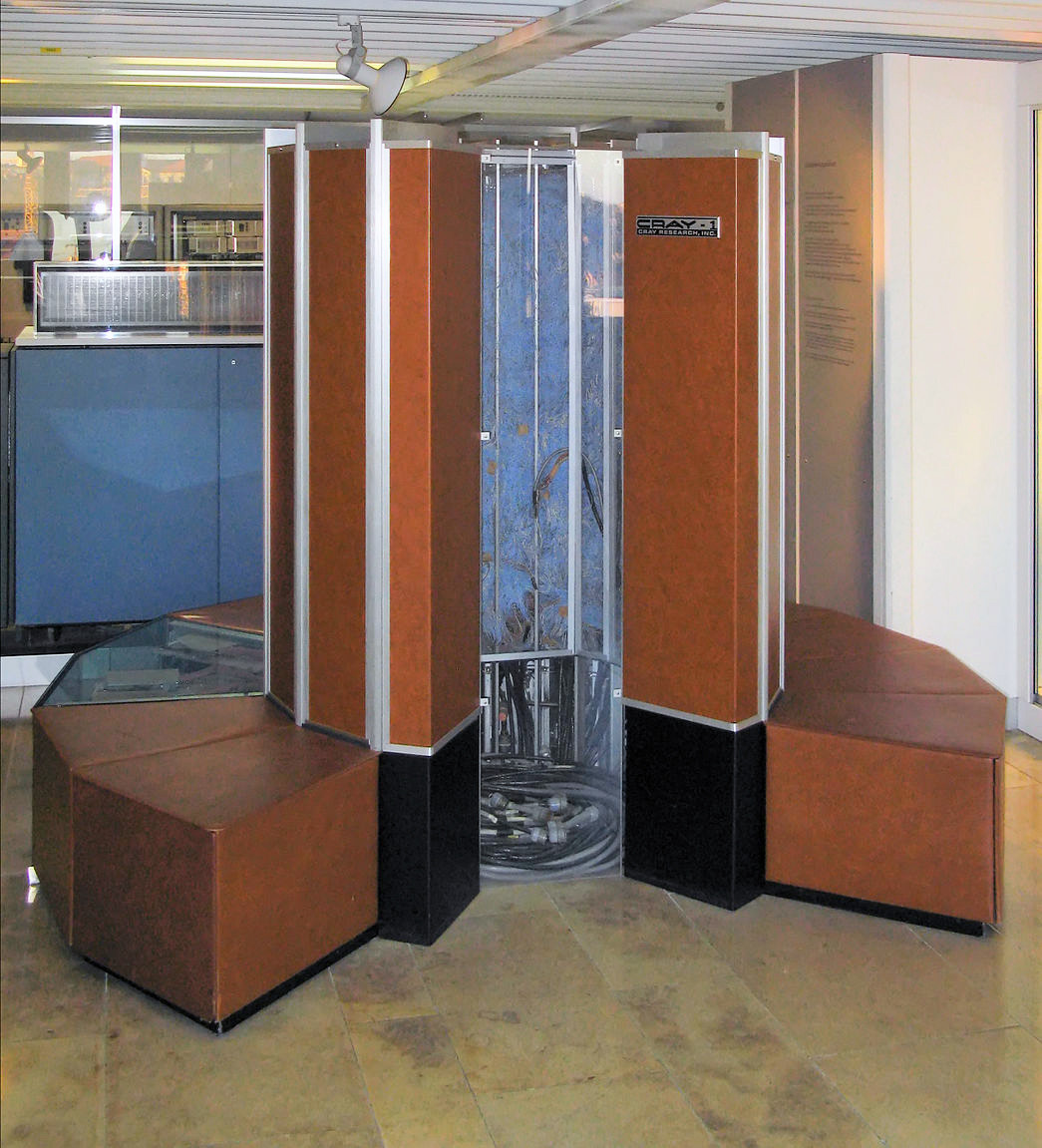 Mainframe circuit boards are connected via a hand wired backplane. In theory, arranging them in a circular fashion may save about 20% (*1) in horizontal wire length, but none in vertical (*2). In reality, and since Cray did put the boards horizontal, while not using the inner room for wiring, there were ZERO savings compared to a traditional setup. 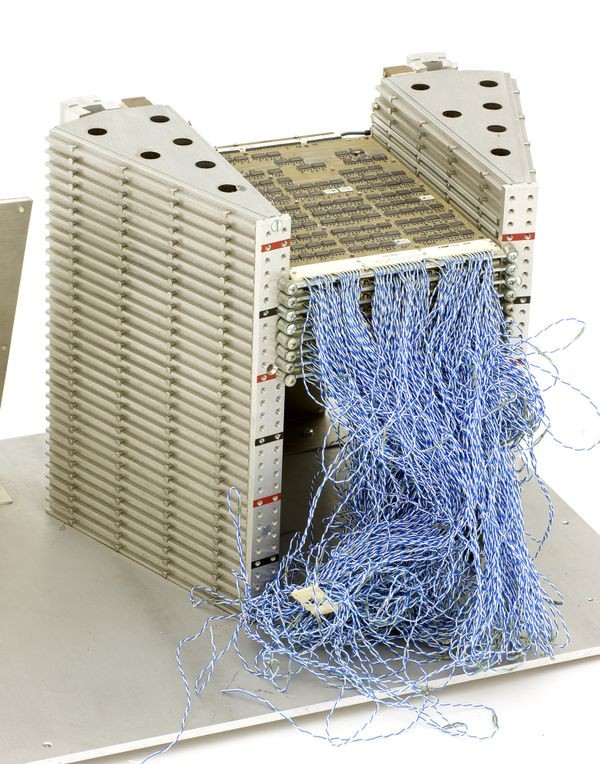 Even more importantly, in backplane design it's not about making all connections as short as possible, but making them of defined length. Even more importantly, for wire groups where equal length is mandatory (*2). Looking at the above picture, we see that the wires aren't straight. The same can already be seen in its predecessors and successors (all the way to the 960) at CDC.

The design decision was much influenced by public reaction to a mock-up of the CDC 8600 with a quite similar design. In this multiprocessor setup, each CPU was meant to be one wedge-shaped unit allowing easy removal as a whole block before being opened (*3). While the machine was never finished, the positive reaction to the unconventional design might have stuck and transferred to the Cray-1, despite no longer being a CPU cluster.

Bottom line: It could have been built in a straight fashion; rolling it up was a great way to make it stand out - nerds do have aesthetics :).

Another, much more relevant, effect of this setup is cooling. This was in fact the main reason, even before compactness, why this setup was originally considered for the CDC 8600.

*1 - For a maximum value, the inner diameter as well as the medium can be used - this will give some upper limit. The outer diameter is about 1.45 m, while the inner is ca. 0.75 m. Thus the inner circumference is 2.35 m, while the median is ~3.45. So the upper limit of shortening in horizontal direction is about ~32%. In reality this would come to less than 20% - except it had zero effect on the real Cray :)

*2 - Maximum speed is only possible if all bits of a word arrive at the same time. The very same can be seen with modern PC mainboards, usually between CPU and RAM.

*3 - Design goal for the 8600 was extreme compact miniaturization, moving away from classic mainframe design. That's one of the reasons why it didn't work out.

The inside edge of the C contained the Cray's backplane, where the various segments of the machine were electrically connected. Minimising the length of this would have reduced electrical interference and signal propagation times.

The Cray-1 also needed a lot of cooling due to the type of electronics used to implement it; the extra space between the segments created by splaying them out provided enough room to insert the piping and heatsinks.

In my opinion, the accepted answer from Raffzahn has this question inside out. Anyone who has ever worked with ECL logic knows that the cooling system for current-mode VLSCI is not a bolt-on afterthought (very-large-scale crochet integration).

Where does your cooling system go now? Forced air is not going to cut it at this power density. There's no room inside to apply tiny heat sinks to the ICs either. You could make more room by specifying a larger vertical separation between boards. But then guess what? Your wire lengths increase as a direct consequence of that solution. It doesn't strike me a simple matter to obtain that power density while maintaining the same wire panel surface area without introducing the wedge-shaped innovation. So no, as the currently accepted answer insists, the wires are no shorter than they would have been in a conventional rectilinear cabinet with no interior volume available to extract heat—but I think that entirely misses the point.

Next, as a secondary consideration, what we see here is a production system. It's not obvious to me that they didn't exploit "through the center" wiring distances at some point during development and debugging, before it became completely obvious which panel needed to be inserted into which slot in order to achieve a consistent wiring maximum. For example, the Eiffel tower is way more interesting once you know how much of its structure was cleverly designed to permit its original construction. The bootstrap during pre-production is not always a throw-away consideration. I don't think this is particularly likely in this instance, but I wouldn't discard the idea merely on the basis of a production photograph.

Finally, I want to comment on the geometric and electrical assumptions underlying the phrase "especially as it's only present in one dimension". One of these assumptions is reiterated in the footnote "maximum speed is only possible if all bits of a word arrive at the same time". This is roughly true for synchronous word transfer, surely a dominant functional element within that thick rat's nest.

But is there no other functional element at all, where a different critical path analysis makes more sense? That's not obvious to me from the supplied photograph. Additionally, there's plenty of geometric flexibility inherent in this design around module boundaries and board placement so as to greatly benefit from distance reductions "only present in one dimension". If this system was laid out so that every wedge is a bit-slice of 64 boards stacked vertically, that "one dimension" would be all the nuts in the macroscopic dataflow diagram. Again I don't know if that applies here, but I surely wouldn't jump to any hard conclusions on the supplied photograph.

In a traditional bitslice, after a bitslice consumes one dimension, the other dimension is often all you have left to work with/worry about so far as routing distances are concerned.

It's quite a puzzle from where I sit on the degree to which this is a vanity design and one motivated by realistic engineering constraints. However, I will assert that Cray in having taking this design choice realized a system quite different from what might have been designed for conventional cabinetry, and it would be far from a trivial isomorphism—a non-isomorphism involving real engineering risk—to map the one we have to the one we don't have.

The little "welcome" panel underneath my edit box says "But avoid ... responding to other answers."

I actually intended to comment directly on the accepted answer, but I was forbidden by what I regard as an explicitly ageist policy: the need to first accumulate 50 reputation points.

I've been in the industry for forty years, and active online pretty much since "online" came into existence (before the public internet, there was CompuServe—traditionally written "Compu$erve back in the day because adolescence outrage has always been a thing). I've got thousands of geek reputation points scattered over hell's half acre, only not here. Obviously I'm well into my fifth decade now and what I have to offer is long experience rather than flashy new learning. But no, before I can comment directly on the accepted answer, I need to complete yet another 50-point reputational internship as if I were half my present age.

Hey, if someone out there with a completed internship wants to place of a few of my main points in the comments section of the accepted answer and then delete my rancorous "Grumpy Old Men" disobedience (aka this post), go ahead and fill your boots. Trust me, I have many reputation points, but I've been deleted often enough, too. Won't be the first time and it won't be the last time, either.

A very large portion of the Cray 1's logic was designed for exactly 6 logic gates and 4.5 feet of wire between registers. That was more easily done by shortening all the wire paths to be on the inside of the cylindrical arrangement. The greater outer circumference allowed more room for the power bars and thermal management necessary to supply and remove 0.15 megawatts of power.

Not the answer you're looking for? Browse other questions tagged cray or ask your own question.

37
Why does the Cray 2 use 400 Hz power, and why generate that from motors?
18
Did Cray computers use virtual memory?
18
Why did the Cray-1 have 8 parity bits per word?
3
Cray-1 functional units