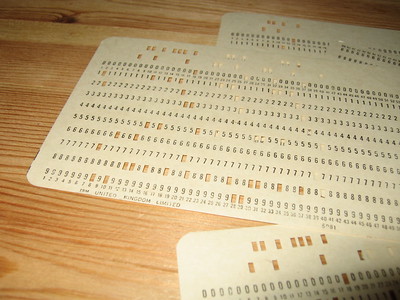 8
How many bits are stored in a memory location in a PDP-11?
14
How to use the "darker" CGA palette using x86 Assembly?
5
How can I change the MSX function keys using ASM?
21
Do the holes in Jacquard loom punched cards represent input data or program code?
3
How to transfer the address of a data block into zero page using the Merlin 8 assembler on my Apple //e?
2
How to implement a 'write' function in pdp-11 / MACRO-11 / ODT using simh?
10
How much data could be stored on a single punched card?