Hardware implementation of the isometric tile engine. Is it possible, did it exist?

We are talking about a hardware (and not software over hardware, as for example in some games on the SNES console) tile engine with multi-overlapping rectangular (rather than square, when the image of a tall object on the bottom line of the tile overlaps 1-3 lines of tiles higher in the plane) tiles and without a full frame buffer - a maximum of a double linear buffer.

I suppose that it was possible in some of the arcade machines of the heyday of 2D - but my erudition is not enough. 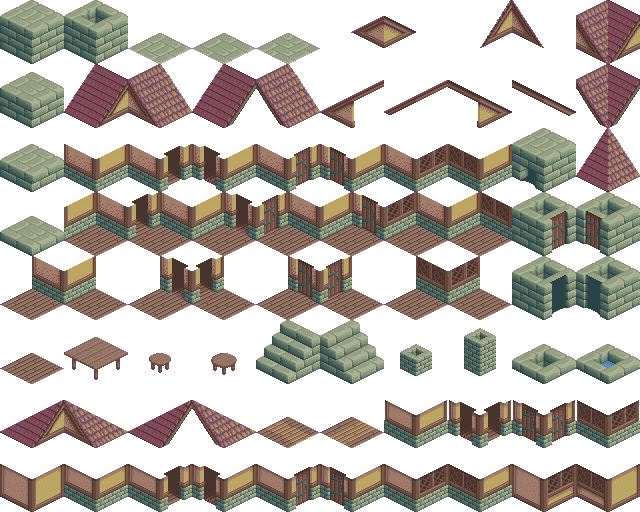 Perhaps, due to the complexity of the implementation, such systems simply did not make sense or rested on some kind of hardware bottleneck? And then the (V)RAM fell in price ...

Yes, but what would it add to a 2D sprite/blitter with masking (aka transparency) ? Basically those are tiles.

Some sophisticated hardware could have some notion of priority between those tiles to choose which one to display "on top" of the others. And maybe handle collisions (only useful between field objects). That would be an improvement. But that would require to invent a new 3D coordinate system

But now, think of a console/hardware where most of the games would have to be isometric to benefit that feature?

2D tiles/sprites/blitter objects are much more generalist and can do isometric without problems. With software, "just" code efficient algorithms for priority display and you're done (I know that the priority/collision routines for Cadaver (68k) are pretty well optimized, but they only apply to objects, not walls).

Even 8 bit machines had isometric games (Speccy had a lot of good ones) and 16 bit machines (Atari/Amiga) also had their share. Some examples exist in arcade games (Marble Madness, Paperboy, Escape from planet of Robot monsters, all using "classic" tiling system) but they are quite rare in arcade form. Isometric games are mostly action/adventure, more popular on generalist computers than on consoles.

So the benefit of a dedicated hardware to do isometric games is dubious.

Not the answer you're looking for? Browse other questions tagged hardware graphics or ask your own question.

16
Where did Sony's 3D graphics hardware in the PS1 originate?
10
When did Great Valley Products, stop producing hardware?
19
When did hardware antialiasing start being available?
28
Did the Windows 95 screensavers use hardware acceleration APIs?
7
How did the Donkey Kong arcade hardware provide 128 sprites?
13
Did the Samsung SPC-650 have any hardware or firmware differences to the genuine Sinclair Spectrum+?
5
Did the Tiger Game.Com include any hardware accelerated graphics?
9
How did the Rush 3D engine in Crazy Taxi: Catch a Ride work?
5
What kind of graphics hardware did Nichibutsu's 1985 arcade game "MagMax" use?