Apple introduced the "new and improved" Apple ][ Plus in 1979, but continued to sell the original ][ until early 1981. I speculate that some customers must have chosen the original Apple ][ over the Plus for cost reasons.

What were the retail prices (listed or suggested) for the original Apple ][ before it was discontinued? Was it, in fact, less expensive than a Plus? 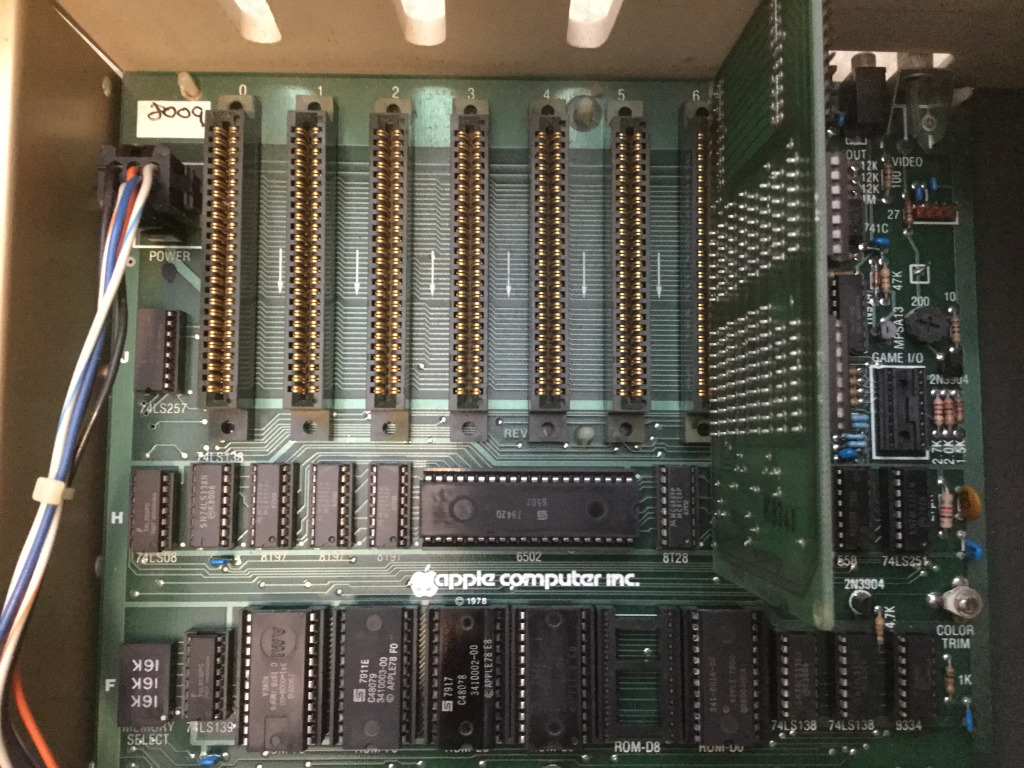 Using the many helpful comments given, and reviewing dealer pricing of the Apple II and II Plus in old issues of Byte magazine from 1979/80, I've come up with what I think is a reasonable explanation and timeline.

The most important factor affecting the price of both Apple II models during the transition period of late 1979 and 1980 was the rapid decline in the price of the 16Kbit DRAM's used in both machines. The time period coincides with the entry of the highly competitive Japanese DRAM manufacturers that would go on to dominate the DRAM market in the 1980's. The falling price of DRAM prompted Apple to both lower the price of their machines and gradually increase the amount of RAM included.

By the time the Apple II Plus was released, Apple would offer both the Plus and the original for $1,195 with 16KiB of RAM. But the price of DRAM's fell so rapidly that by 1980, an Apple II or II Plus with 48KiB of RAM was selling for this same price of $1,195.

And this leads to my conclusion that, indeed, Apple continued to sell the original and the Plus for well over a year at the same price with the same RAM configuration. Dealers throughout 1980 seemed to frequently offer both machines, usually at the same price, and usually with $100 premium for each additional 16KiB of RAM. So, $995 for 16KiB, about $1,095 for 32KiB, and the canonical $1,195 for a fully-populated 48KiB AII or II Plus.

I suspect there are 2 reasons that the systems sold as equivalents for this time period.

By the time the stock of original Apples ran out in 1981, AppleSoft was more proven, and ready to become the new "standard" Basic. The bugs that had briefly hurt its reputation in the early releases were ironed out in the ROM version that shipped in the II Plus. And Applesoft's replacement of the legacy Basic was cemented when they went on to more than double computer sales that same year.

Those who opted for an original AII during the transition probably ended up just adding a Language Card later. Or, they simply held out for the more substantial improvements that would come with the Apple //e.

Not the answer you're looking for? Browse other questions tagged history apple-ii cost or ask your own question.

24
Over its lifetime, how many Apple II computers were sold?
16
Historical price of ROM
9
Price of early color monitor versus TV
3
ST-506 price: wholesale or retail?
4
What was the retail price of CP/M?
2
What was the initial price of the Sharp X68000?
9
What exactly did Sony contribute to the original Apple PowerBook?
24
Why did the original Apple //e have two sets of inverse video characters?
14
How did the Sinclair compare on price with the C64 in the UK?