In my recent expeditions to the darkest corners of my garage, I've found a load (there's a pun in there somewhere) of old audio tapes containing Sinclair Spectrum code. These aren't commercial titles, they're record-your-own-code blank tapes from the early 80's: I'm certain they contain magazine type-ins and terrible games and graphics, authored by my 11-year-old self. 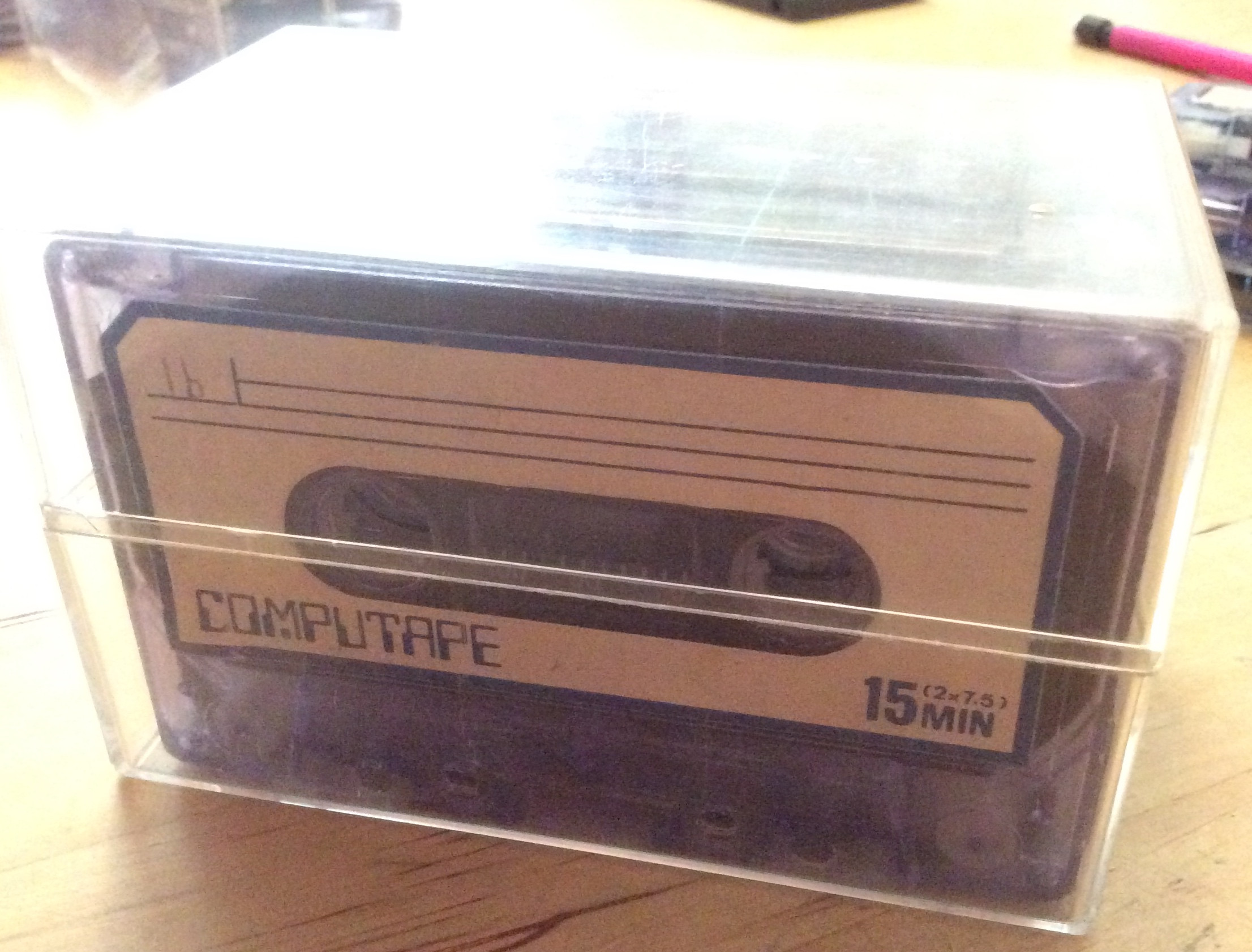 The tapes are mostly physically intact, having been kept in their own container (see the photo). However, listening to the audio (with the practised ear of someone who grew up listening to Spectrum games load), it's noticeably muffled, and there's a bit of "wow and flutter" - wobbly pilot tones and the audio coming and going. I wasn't expecting miracles after 30-odd years, but I'm still hopeful that there's going to be some way to at least partially recover some of this data.

I've hooked up a tape deck to a Windows laptop and captured the audio into Audacity. I've wound the tapes end-to-end a couple of times (both to free up any stickiness and to hopefully counteract any print through). Regardless, MakeTZX and audio2tape fail to pick up anything useful in the files. I know there's a few Spectrum emulators that can play back WAVs; Spectaculator shows signs of picking up the pilot tone in some of the files, but the audio seems to be just too degraded to load anything.

Is there any post-processing I can do on the audio to clean it up enough to hopefully allow an emulator, or MakeTZX/audio2tape to extract the data? Does anyone have any other advice for enhancing the audio to least be able to identify what each block of code is? Are there any conversion utilities or emulators (for any platform) that are more forgiving of audio quality, or designed to help rescue degraded data?

There's so much to go wrong in a cassette mechanism that it's amazing they worked at all.

I remember having stacks of these Computapes from John Menzies. They weren't the best back then, with occasional out-of-round tape spools and mechanisms that clicked on every rotation. Tape repair is a fairly low-tech process but is fiddly, and these tapes might not be worth the effort. But who am I to dissuade you from discovering that Your Spectrum game you spent weeks getting ⅔ typed-in or your 11 year old self's SCREEN$ of a Lotus Esprit Turbo that looks more like a doorstop perched on duck eggs …

In case it helps someone else who, like me, comes across this page in the future, I'd also recommend tzxwav. It's written in Python, so there were a couple of extra hoops I had to jump through to get it working on my Win 10 machine. But, the Python install didn't take long, and is fairly small at 35mb. Tzxwav can then be run from the windows command line just like the other apps mentioned in the question. It managed to recover files from an old TDK C60 of mine that MakeTZX, Audio2tape, and loading the source directly into Spectaculator all struggled with.

Not the answer you're looking for? Browse other questions tagged zx-spectrum cassette-tape data-preservation or ask your own question.

4
Use of PSK for storage of data on audio tape
15
Using a modern PC or other digital audio recording device as a cassette recorder replacement
4
Cassettes that used stereo?
18
How much data could a home computer store on an audio cassette?
4
Checking Old Tapes
3
How do I navigate the boot menu in later model Spectrum emulators?
0
Do any of the open source Sinclair ZX Spectrum emulators support both TR-DOS and 3DOS?
3
Where can this "boot.B" file be coming from on this Spectrum TR-DOS disk image?
5
Audio cassettes on TI-99