Did the Samsung SPC-650 have any hardware or firmware differences to the genuine Sinclair Spectrum+?

There was a clone of the Sinclair Spectrum+ in South Korea called the Samsung SPC-650 that looks identical to original British version with just an extra model number/logo. It even retains the Sinclair and Spectrum names. I believe Samsung was doing some manufacturing for Sinclair in this era, so it's probably an officially re-badged model, unlike the Russian and Eastern European Speccy clones. 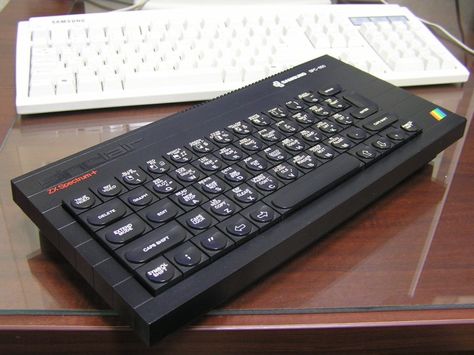 But there's very little information about it online. This was in an era before Korea's tech boom and well before the Korean Wave, so there wasn't much cultural contact between Korea and the west in those days. I've even been to Korea a bunch of times in the past twenty years but did't know about these machines to try to find one.

For comparison, there was also an official Spanish version of the Spectrum sold by Investronica in this era and we know it had ROM differences including some text strings and accented characters. There was also a French localized ROM which seems to be official.

I was content that the SPC-650 was probably just a Spectrum+ with a different logo, but then I watched this YouTube video which revealed more differences between the Spanish Inves and Sinclair Spectrum+ than just the accent letters and Spanish copyright message. It had a slightly different CPU speed, PAL encoding, and RAM contention between CPU and ULA than a Sinclair Speccy. This makes it seem quite possible that the SPC-650 also could easily have had such differences too even with no changes for the Korean language.

I just checked and apparently South Korea uses NTSC rather than PAL, so the SPC-650 would have to at least have a different RF modulator too.

I just stumbled upon an 8-year-old thread in Korean where a few people are reminiscing about the SPC-650's. User "Rainbow" states which Korean layout the keyboard uses!

It's my first PC. I remember going to a contest with this computer. To give you some information, it's a 3-beol-sik keyboard, and it's connected to a home TV. There was a green monitor, but it was expensive at the time... An

There are two main variations of Keyboard layouts for Korean. 2-beol-sik divides consonants and vowels and 3-beol-sik further divides initial and final consonants. Korean Wikipedia article. This is surprising since there are no Korean symbols on the keyboard. The author may misremember but the other details he lists about using a Speccy are accurate.

Very little seems to be known about the SPC-650. Apparently it didn't sell well, and ZX Spectrum compatibles were on the whole pretty much overlooked in the far east, excepting Russia.

There's a blog which appears to claim that it, and the other clones in the series, has some design and performance changes. It doesn't say what exactly, which makes me think this is an error in the machine translation.

I don't think so. There's no Hangul on the keyboard, plus it would be hard to squeeze Hangul support into the ROM. So I think it's no more than a generic straight-forward clone without bells and whistles.

Not the answer you're looking for? Browse other questions tagged history hardware zx-spectrum zx-spectrum-clones spectrum-plus or ask your own question.

38
Can a USR command damage a ZX Spectrum?
8
Who designed the Sinclair ZX Microdrive and why?
6
Membrane keyboard robustness
3
What file formats were used for binary executable files on later Sinclair ZX Spectrums?
5
Does Sinclair Spectrum BASIC have a maximum length for one line?
5
Are all 64k x 4-bit ICs interchangeable for Amstrad-era ZX Spectrum 128k +2/+3?
6
Was the Ram Turbo the only 3rd party Interface 2 ROM cartridge interface for the ZX Spectrum or were there others?
8
How ZX Spectrum avoided key ghosting
7
What are the differences between Leningrad-1 and Leningrad-2?