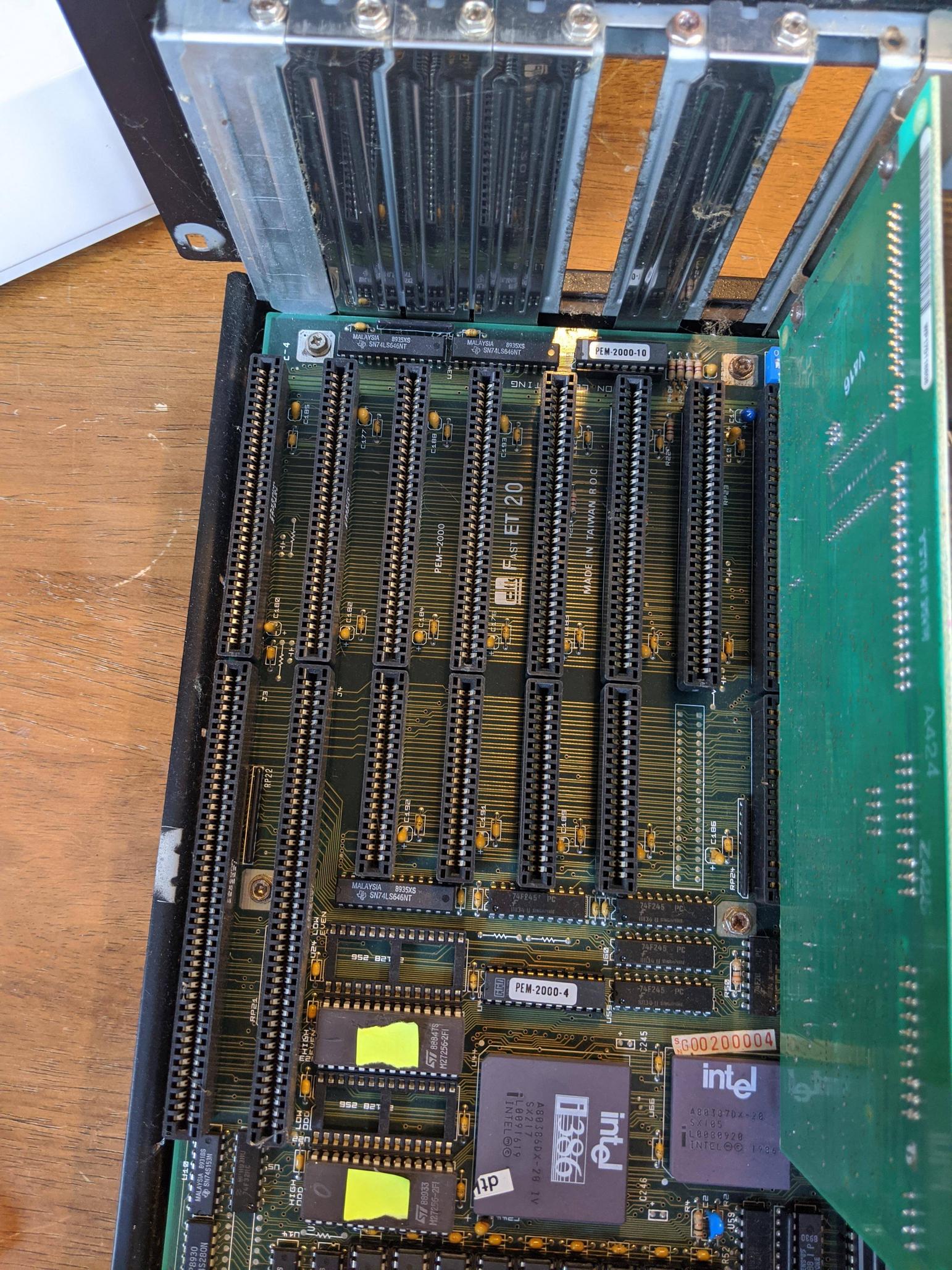 The mainboard can be fitted with 1 MiB using 256 KiBit chips (41256), so any expansion has to go on cards. With (AT) ISA being only 16 bits, using an unmodified bus would slow down the 386 considerably. Not cool for someone who just paid an upper-end price tag. So they had to come up with some way to allow 32 bit wide memory expansions. Instead of making a whole proprietary slot or pin header, they decided simply to expand the 16 bit ISA layout to 32 bit - so in some way it is like VLB. Going that way allowed using these slots for regular I/O cards as well.

I'm pretty sure they are fully compatible at least with 8 bit cards - it might not be for 16 bit cards. All educated guesswork from the visible traces.

Again, it's exactly what's written: it connects to a Winchester Drive - slang name for a hard disk - and a ST-251 is much like the prototypical 40 MiB drive of that time. The interface is called ST-506 after the first Seagate drive using it. The 34 Pin connector holds all drive control signals, while the 20 pin connector delivers data.

Photos of the manual of (nearly) that board appeared on the VOGONs forum in https://www.vogons.org/viewtopic.php?p=844188#p844188 . They clearly spell out that these slots are 32-bit memory slots combined with 8-bit ISA slots. The pinout is included. A single slot has the pins equivalent to two banks of (double-sided) PS/2 SIMMs. So a board with two of those slots might support RAM equivalent to four PS/2 SIMMs. The manual is for a slighly different variant that only has one slot, though. It should be straightforward to design a passive adapter card for 2 PS/2 SIMMs (or four banks of 4 30-pin SIMMs) for that slot.

2
What make and model is this 386 mainboard?
6
What instructions for the 8086 and subsequent x86 CPUs are not available in Long Mode?
3
What is this socket for in 386 notebook motherboard
5
How to build an ATA controller for the AT bus?
10
What was the "32-bit" ISA bus (connector) extension for 80386 PCs?