In 2020 are there fully assembled z80 devices available at reasonable cost? [closed]

Ask Question
Asked 11 months ago
Active 11 months ago
Viewed 3k times
13
Closed. This question is off-topic. It is not currently accepting answers.

I'm wondering if it is possible to buy an sort of device currently in production that uses a z80 compatible CPU - not an FPGA.

I don't want to build a kit or use a soldering iron. I'm also looking for something that is commercially produced rather than a hobby device designed and sold by hobbyists to other hobbyists.

When I say reasonable cost well I guess in the domain of $50 to $80 since the chips cost around $18.

I've searched fairly extensively and there's not much it would seem. The more peripherals the better and bonus points if it had some sort if display output and GPIO.

Ideally something that uses a "modern" Z80 variant such as the eZ80 which runs at 50Mhz.

Anyone seen anything along these lines? I've seen the Ti 84 calculators but it appears the operating frequency of these are severely constrained which means I wouldn't be able to run it near the eZ80 50Mhz maximum clock speed.

Bill's MinZ180 is tiny, fast, fully assembled, and falls within your price range. 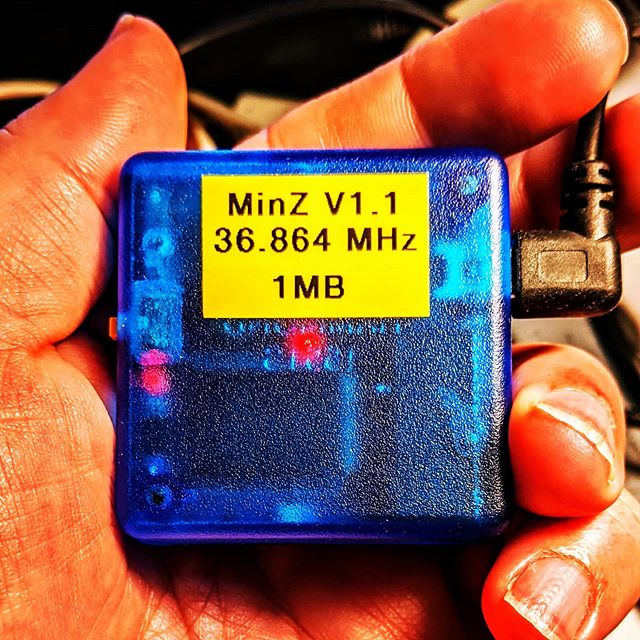 He may have one or two left, I'm not sure.

It sounds as if your ideal device would be something like a Raspberry Pi, but based on a Z80 rather than an ARM core. The Pi provides a video generator, USB ports for peripherals, GPIO points, and so on. However, the reason Raspberry Pis are so cheap is that they're based on System-on-Chip products that are made in large volumes for other applications.

These days, I really doubt anyone makes Z80-based SoCs with video generators. Commercial applications of 8-bit microprocessors are for smaller and simpler tasks than running a display to modern standards. But there are other ways to get the experience you seem to be after.

The easiest is to buy a Pi and run a Z80 emulator on it. There are several available, including at least one that boots directly on the Pi, without needing the Pi's usual OS as a host. This will run much faster than historical Z80 hardware.

Another way is to make contact with your local maker group or hackspace, find someone who enjoys building computers from kits, and get them to build a kit machine for you.