Is this a custom NASA Langley-built computer or is this a commercial system (ca 1970's)?

Clicking the image shows it in the original size from that NASA link.

Question: Is this a commercially built computer, or is this an assemblage of several pieces of equipment custom built somehow? I'm looking at the patch blocks behind Ms. Jackson, are those seen in computers of the mid 1970's? 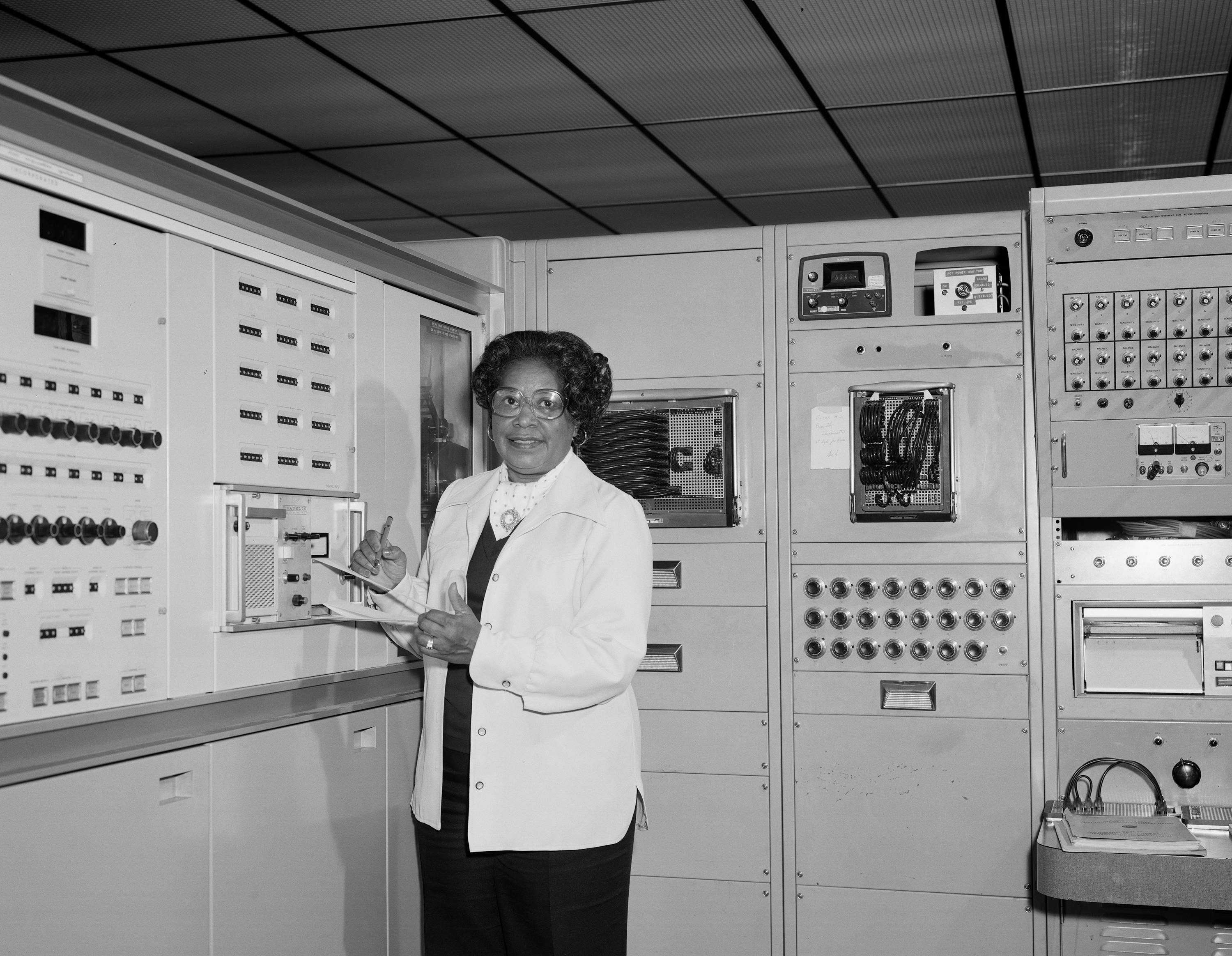 I believe that the picture portrays a recording room for one of the wind tunnels. Jackson's job was to analyze the results of wind tunnel tests, so she would have spent a lot of time there.

It's not a mainframe.

The photo shows the control room for the Eight-Foot Transonic Pressure Tunnel at NASA Langley. The panels shown don't belong any specific system but rather are standard 19-inch racks that can be fitted with whatever is needed at a particular time.

Looking at the document on the desk at the right of the image1 we can make out the name of the facility. 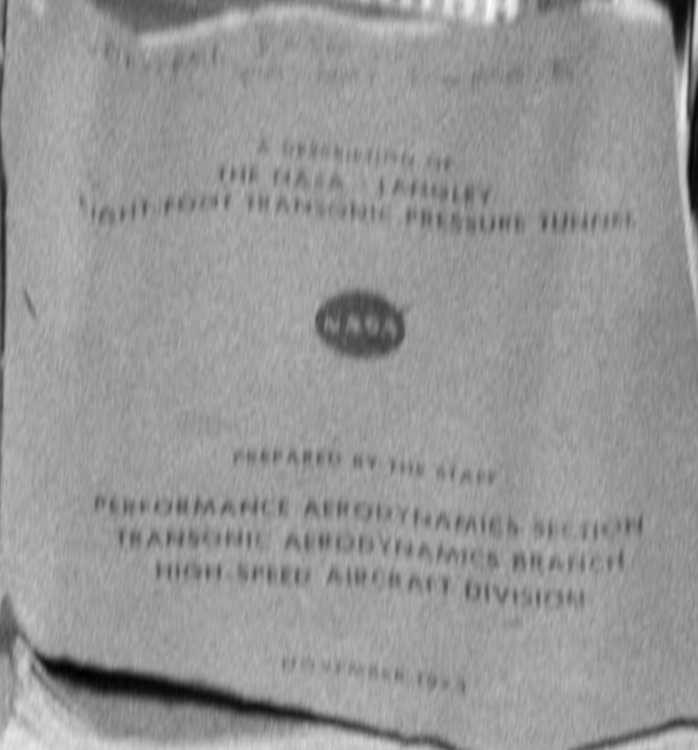 Here's a photo of the control room taken on a different date (1995) with part of the area covered by the photo in the question at the far left. Although the equipment fitted is different, the racks, desk surface, and ceiling are clearly the same: 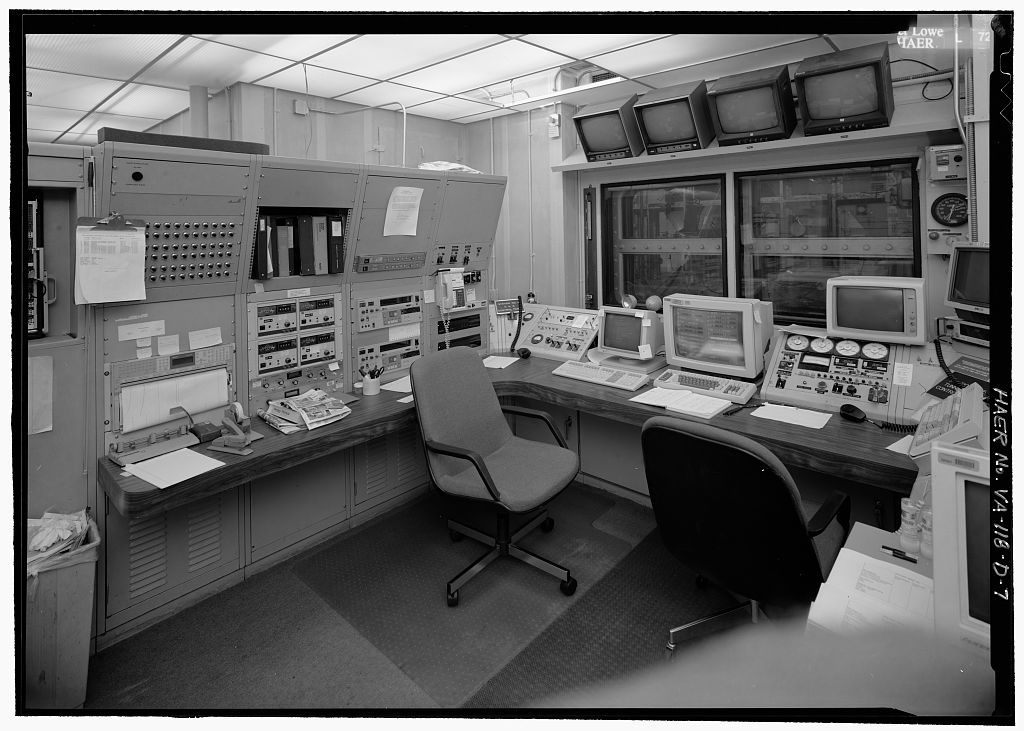 1 A high-resolution version of the image in the question can be found here.

(This is more of an addition to DrSheldons answer)

Is this a commercially built computer,

or is this an assemblage of several pieces of equipment custom built somehow?

I'd say custom build. Also not really a computer, but a control or recording station

I'm looking at the patch blocks behind Ms. Jackson,

These are plug boards holding wires making job specific connections. There are two of the smaller (right) one laying on the table in the lower right, behind the manual or report. One with some plugs.

The Manual looks quite like a NASA or US government in general paper of the 60s.

Also, going by the labelling, these do not seam like programs, more like configuring a set of connections (data path) between sensors and recording equipment.

are those seen in computers of the mid 1970's

No, most definitely not. In computing they were used with punch card machinery and calculators. IBM's 604/605 of 1948 was about the last generation of punch card fed calculators using plug boards, as well as IBM's 305 RAMAC of 1956, which eventually may be the first and last generation of computers, similar to what we today call a computer, that were plug board programmed. In addition plug boards have been used a few more years in peripherals like card punches, sorters and printers for configuration/programming. But all of that vanished during the 1960s.

Not the answer you're looking for? Browse other questions tagged identify-this-computer mainframe or ask your own question.

12
Does this computer have a steering wheel?

46
What computer system is this from 1984 Doctor Who?
2
What typewriters and computers are shown in this commercial?
1
Which computer is used in this NCIS episode?
9
Can anyone help me identify this computer?
12
Does this computer have a steering wheel?
29
Is this a real system? Which one?
8
SAG Computer: What System is it?
13
What is the name of this computer? (Bell Laboratories, 1954)
41
What's this computer in the 1988 movie "Vampire's Kiss"?