Is this an Amiga? If so, which model?

In the 1998 Swedish comedy musical "Åke från Åstol", there's a moment toward the end when a man is pushing around some sort of Amiga-looking computer with a monitor and mouse on a wheelbarrow. The context of the scene is that this fisherman has just come back from the "big city" after learning about computers and now he is bringing one of them home in order to "sell herring in cyberspace".

Presumably for comedic effect (and probably also prop cost reasons), they seem to have deliberately used an outdated computer, or at least one that would be perceived as such by the general public at the time. The relatively cheap Amiga computers were probably a common sight here in the late 1980s or at least early-to-mid 1990s, but not so much by year 1998, when powerful "home PCs" started becoming a thing in many homes, being paid off monthly through the salary with a government deal.

I'm trying to identify what kind of machine this is. It looks like an Amiga of some kind, but I can't read "Amiga" anywhere on the front. Maybe the brand was removed. 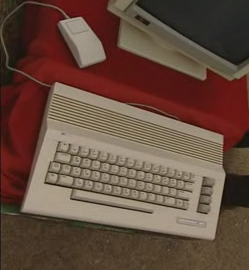 I'm trying to identify what kind of machine this is. It looks like an Amiga of some kind, 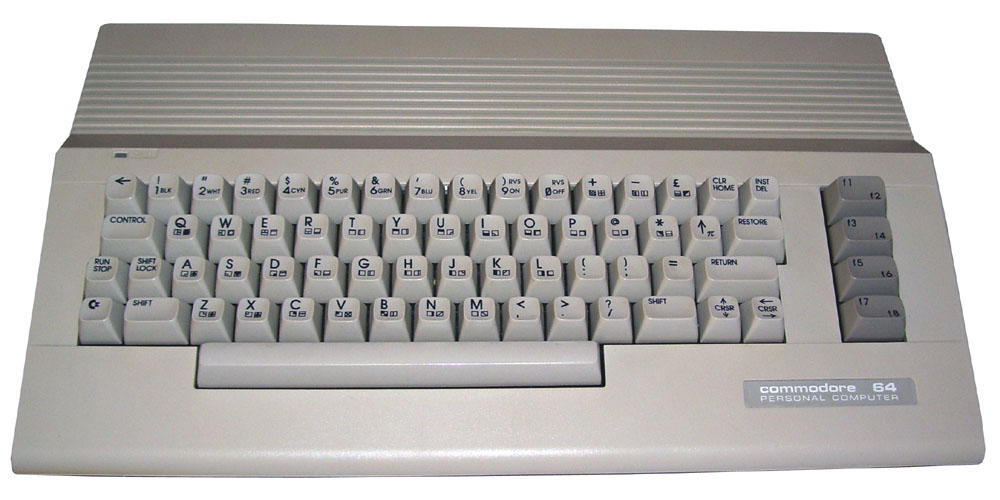 but I can't read "Amiga" anywhere on the front. Maybe the brand was removed.

If you look into the lower right, you'll see a tag reading "commodore 64 PERSONAL COMPUTER":

1
Which computer is used in this NCIS episode?
2
What make and model is this 386 mainboard?
12
Does this computer have a steering wheel?
1
What is the brand and model of this AT chassis case from the early 90s?
3
Is this real Commodore C386SX-LT
11
What year was my old, long-lost IBM PC born? And which form factor/model was it?
29
Is this a real system? Which one?
2
Identify Terminals Used in this Music Video
41
What's this computer in the 1988 movie "Vampire's Kiss"?