Why does the GUI for the built-in PlayStation CD player look so weird in the latest AVGN episode?

I had a PlayStation. Not some "slim" version or "late-era model". The original. The real one.

It had a built-in CD player with a rather elegant, if "blocky", GUI.

In the latest episode of AVGN, the Nerd puts in a music CD into his PlayStation (which visually looks just like the classic one, so it's not the later "PSOne" model) and (probably with sarcasm) claims that it's "the best CD player ever".

What's displayed on his TV is not what I expected. Instead, the GUI looks completely different, with bright, "friendly" colors and shapes. Nothing whatsoever like what I remember so vividly. This both shocked and annoyed me. Now, a whole generation of kids who watches that video will forever think that's how the CD player GUI looked like in the PlayStation...

It doesn't seem like he made this up. It looks far too polished/professional to be some "two-second gag" just for the video. I assume that Sony did change the GUI after some time, but the fact remains that his PlayStation, as seen in the video underneath the TV, is the classic, "bulky", grey one. So apparently, they changed the GUI while they were still making the classic PlayStation model(s)? That's curious to me, if true.

Or is this a case where he shot the parts with the Nerd in his room and had other people help him with all the capturing of footage, to save time, and those people only had access to a "PSOne" which would feature this "childish" GUI instead of the far more "industrial" looking original GUI? It looks like it's his (modern) TV in the "Nerd room", though, so that seems unlikely in this case. 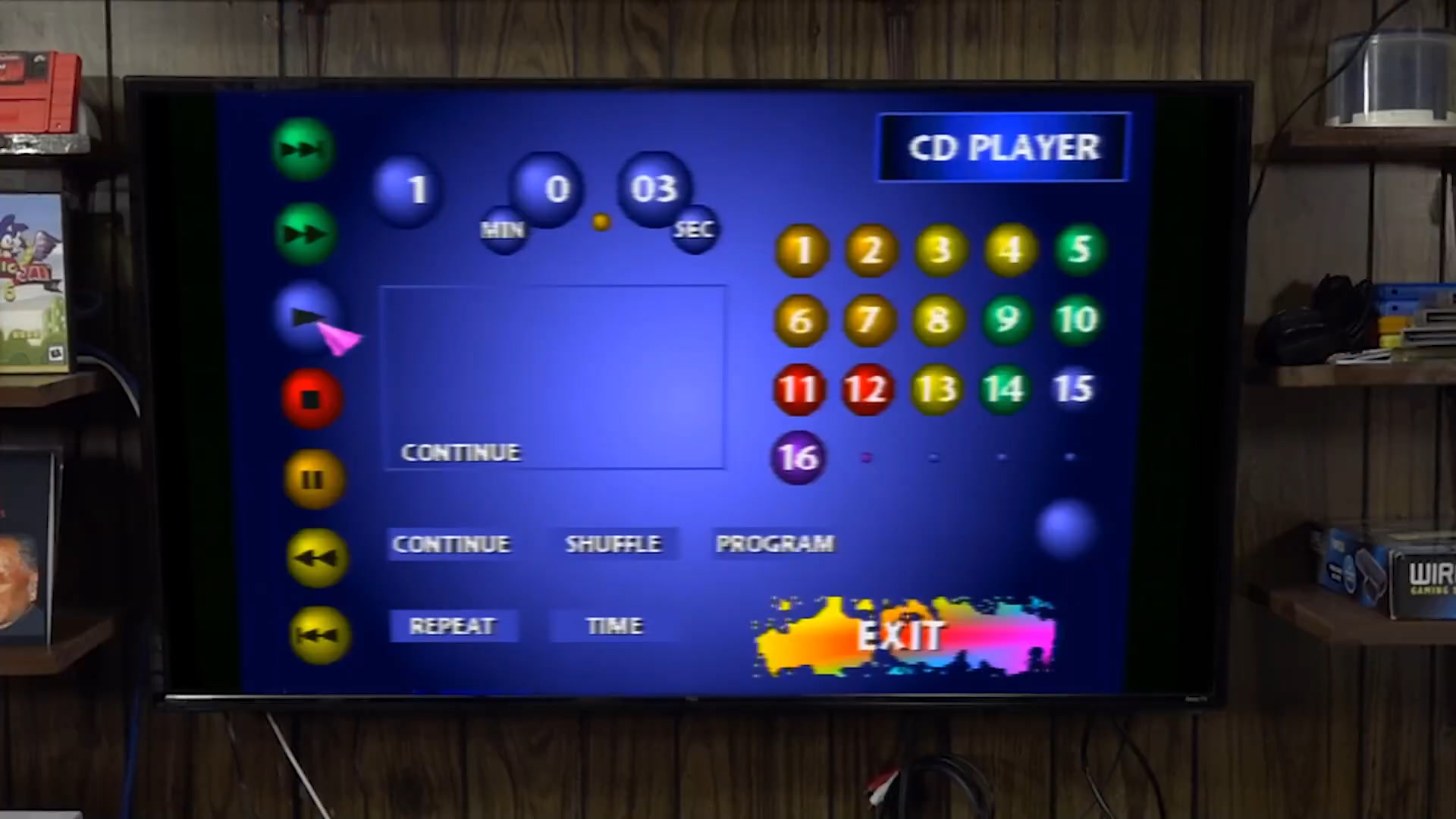 There doesn't seem to be any consistency in dates or regions to indicate one style was newer or older, looking at Wikipedia's list of PS1 variations.

From The Cutting Room Floor's page on the PlayStation:

The menus have briefly changed their gradient colors for button plates (such as the SCPH-5501, and SCPH-7001 firmwares). Some of the cursors have changed their colors as well.

Ditto. The screen was scaled vertically in the SCPH-7502 firmware to take advantage of the higher resolution.

Look pretty standard for a CD player built into a game console, doesn't it? Now this is more like it. No other CD player in a game console has ever done this before. The CD Player on the PS one model has a new addition where the player can select from a list of presets that change the way the music sounds so as to emulate the specified environment with the PlayStation's built-in reverberation processor. Seeing as no other CD player at the time had a reverberation processor, this addition was considered to be mind-blowing.

Not the answer you're looking for? Browse other questions tagged sony-playstation or ask your own question.

26
Why do 3D models on the PlayStation 1 â€śwobbleâ€ť so much?
14
Why did the PlayStation 2 implement backward compatibility that way?
8
Why were the PlayStation 2 CPU and GPU initially separate chips?
8
Why did Sony allegedly not want developers to take advantage of the full power of their PlayStation?
3
Why do NPC party members often "get stuck" when following the player?
51
What causes that "organic fade to black" effect in classic video games?
19
Would it be technically possible to make a "Satiator" for the PlayStation?
7
Why does my PlayStation RGB video cable cause the picture to be all orange-y unless pressure is applied?