Why do keyboards have an asterisk?

While we're all accustomed to using * as the multiplication symbol (not to mention other esoteric meanings in programming) it is of course not actually the everyday standard symbol for multiplication. And yet, there is no × key on any normal keyboard.

Given the lack of × I can see why * was the next-best choice, but why is it there at all? What did it mean originally and or what use did it have?

Every 'standard' "IBM-PC" type keyboard I can every remember using had this symbol. Possibly some Solaris terminals may or may not have (can't recall). The C64 had it. In any case it seems to go way back to at least the early 80s, I'd bet earlier.

[I searched for "asterisk" on here but didn't find this question already; if I missed a dupe, please point it out.]

Computer terminal keyboards needed to reproduce the symbols available on punched cards and paper tape. In the US, punched cards dominated the data-processing industry (communications uses tended to paper tape).

IBM punched card codes in particular were significant in the industry.

The IBM 026 keypunch (and its replacement the 029) had an asterisk. By the time online keyboards became interesting, the asterisk was already in use in various programming contexts, and therefore was still needed.

The 026 had different character sets (and encoding) available, but asterisk was common to most (all?) of the configurations. See this page for examples, but here is the FORTRAN set:

You can regard that scanty set as the minimum requirement for any subsequent computer keyboard.

This authoritative document on coded character sets says, on page 66, that asterisk was added to IBM punch card codes 'somewhere around 1932' and was used for cheque protection. This was a 39-character set: alphanumerics, minus sign, ampersand, asterisk.

Keyboards have an asterisk because typewriters did, long before computers existed.

Typewriters, particularly mechanical ones, typically made a number of compromises to reduce the number of keys required. For example, many didn‘t have 0 or 1, and people used O and I or l instead. Likewise, × wasn’t needed since x could be used instead, or · (. half-up). The asterisk was used a lot (e.g. for footnotes, section separators, etc.), and no alphabetic character could replace it, so it was included in many popular keyboards (see for example Hemingway’s Underwood Portable or the Underwood 5).

Since it featured on most typewriters, it ended up being included in some of the character sets used for communications, and in early computer keyboards too (they started off as typewriters), and then in ASCII (via said communications character sets). See Why are the symbols on the number keys of PC & Mac keyboards different to ASCII keyboards? for details. By the time ASCII was standardised, * had taken on its mathematical meaning; it’s included in the mathematical symbols (p. 213).

The reason to use * instead of × is disambiguation. × looks very similar to x now, even more so in the early days of computing, before the laser printer became ubiquitous and you needed typesetting software and a printing press to produce an × that was distinguishable from an x.

While it is now common practice to use an asterisk for multiplication, I don’t think that was the case before the FORTRAN programming language was developed at IBM by John Backus and his team.

Presumably, the asterisk was chosen — presumably because it was the non-alphanumeric symbol that most-closely resembled the customary × symbol that denoted multiplication, whereas the letter X could not be used, since FORTRAN used letters of the alphabet for symbolic variable names of variables and unknowns. Since there were no superscripts (nor subscripts) available, so exponentiation was indicated with a double-asterisk: ** (and parentheses were used to surround subscripts). Furthermore, the letter “E” was used (following a string of digits) to render numbers in “scientific notation”, e.g., 6.02×1023.

The asterisk has been used as a multiplication symbol for a long time:

In the old days of arithmetic, many algorithms made use of the cross of San Andres to solve division and multiplication products and proportions. It may be for that reason that in 1631, Oughtred, chose this cross as a symbol for multiplication.

It experienced great acceptance, except by the mathematicians Gottfried W. Leibniz and Isaac Newton, who did not feel completely comfortable with the symbol. Leibniz, in 1698, in one of his letters to the mathematician Johann Bernoulli, writes: “I do not like the × symbol as a symbol for multiplication since it can be mistaken for x; … I often simply relate two quantities with a point and indicate multiplication with RS · PQ.”

For example, the Swiss mathematician Johann Rahn, (1622-1676), used the asterisk * in his work Teutsche Algebra (1659). As well as Leibniz, who previously used a fallen C, with the open side down, in his Dissertatio of combinatorial art (1666).

Circa 1950 Royal typerwriter. Top row of keys, second from the right. What do you see? 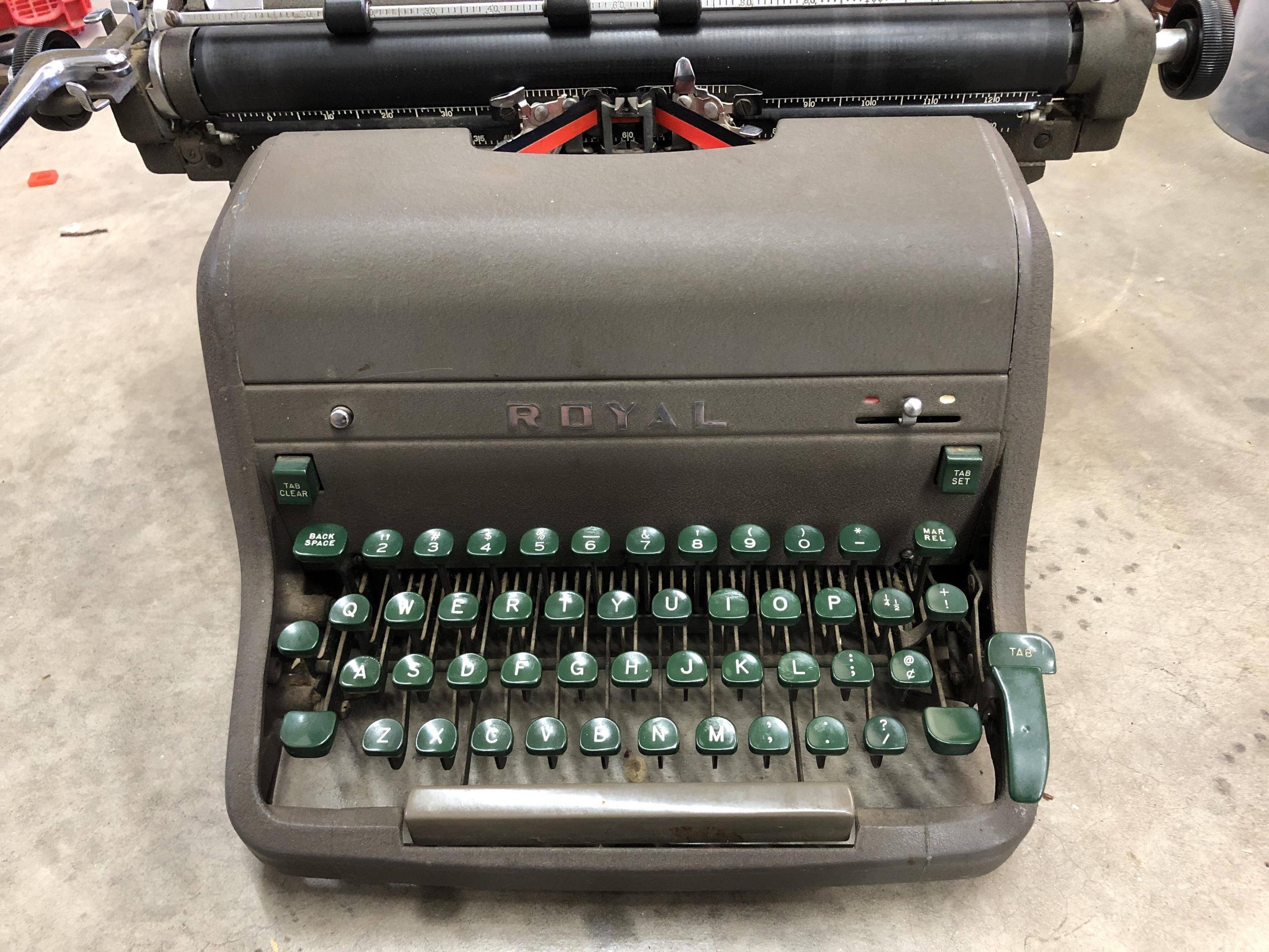 Not the answer you're looking for? Browse other questions tagged history keyboards character-sets or ask your own question.

43
Why are the symbols on the number keys of PC & Mac keyboards different to ASCII keyboards?
9
Was there an input device capable of entering all Algol 60 symbols with correct appearance?

8
Cleaning membrane keyboards
14
Why did tactile-feedback keyboards lose popularity?
5
When did the tilde first start to appear on standard keyboards?
43
Why are the symbols on the number keys of PC & Mac keyboards different to ASCII keyboards?
34
Why did the C64 have ← and ↑ as dedicated keys?
41
How did the SysRq key get onto modern keyboards if it's rarely used?
27
Why are the homing bumps on D and K on Apple keyboards?
17
Were there any parallel port keyboards?
8
Why do keyboards with a NumPad repeat the numbers?
11
Why do Sun keyboards use diamond for meta?