Wondering if anyone can help me shed some light on this vague memory I have as a kid. My older brother had a friend who got us tons of pirated games for our Commodore 64/128. I'm trying to recall one game in particular - here's what I can remember:

The one thing that stands out is how the tower got larger as you approached the horizon. It sticks in my mind because it was very similar to when I rode my bicycle across Kansas - long flat horizon with the next town's grain silo in the distance, that would grow as you approached it!

I've scoured the internet for all the search terms I can think of, and have come up empty. Anybody have some guesses?

It sounds a lot like the game Stealth, by Brøderbund, released in November 1984:

You are flying above the land in a stealth airplane. You are trying to destroy the tower of darkness which is a distance of 9999 meters away. Destroy enemy military radar, bunkers,etc; to get more points. Use yellow energy fields for increasing your fuel level, but avoid the red energy fields. Once you destroy the Tower, you go onto a tougher level with the same basic objective.

Here is a longplay video, also available in the Internet Archive.

Sounds to me like Starglider, one of my two favorite games for the Commodore. The towers in the game flank energy rails, which are used to charge up the spacecraft. Interesting note, this game came bundled with a novel.

Here is a video of the gameplay. 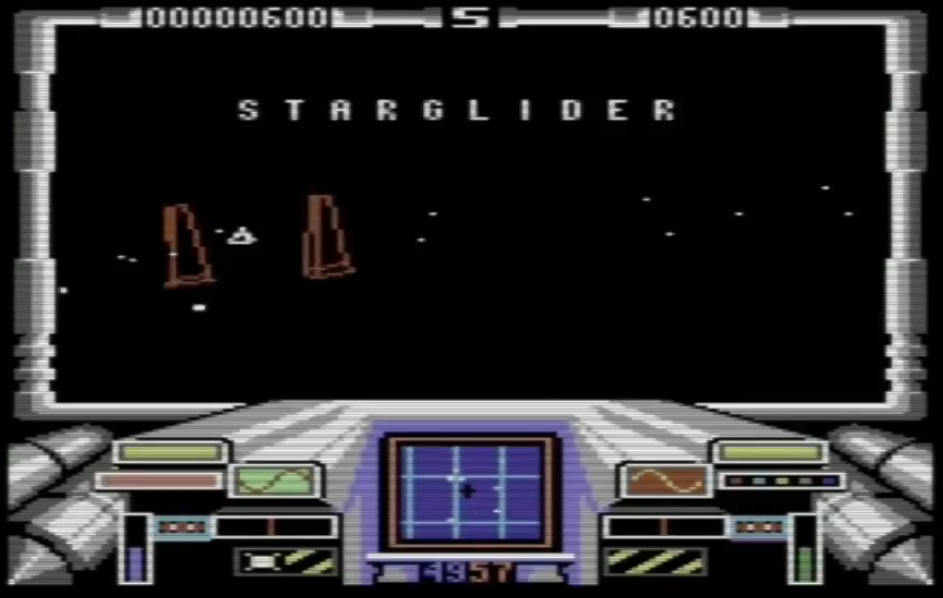 Here is some gameplay 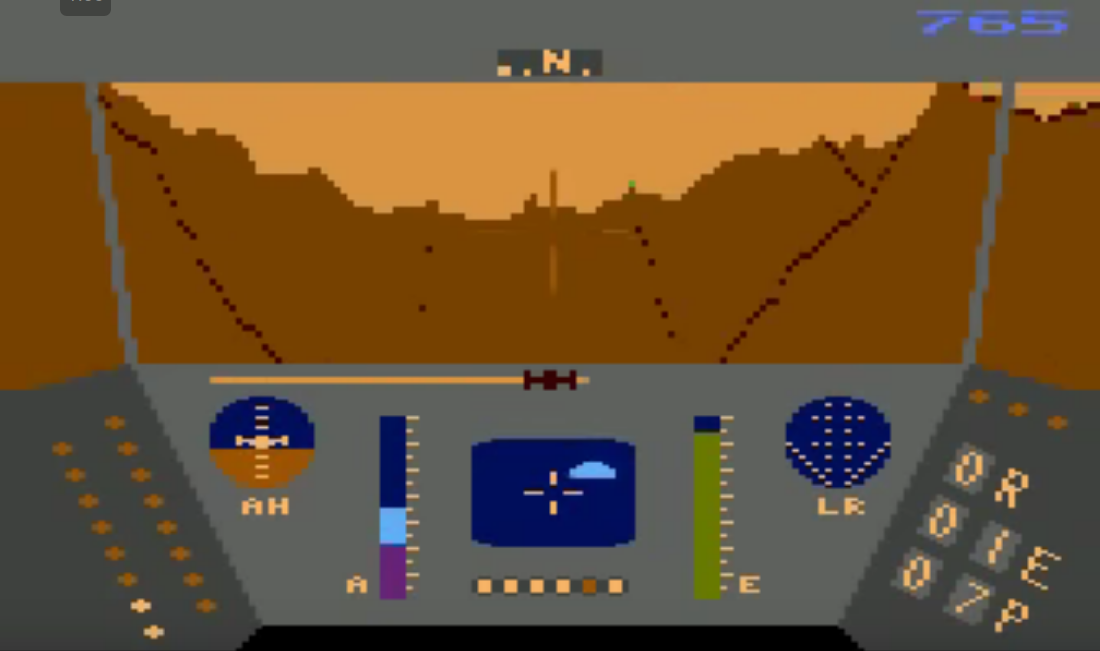