DOS performance was quite good, feeling significantly faster than my Amstrad PC2086. I ran Checkit 3.0 to benchmark performance. Here are the results (screens captured with SGrab by Stephan Rupprecht):- 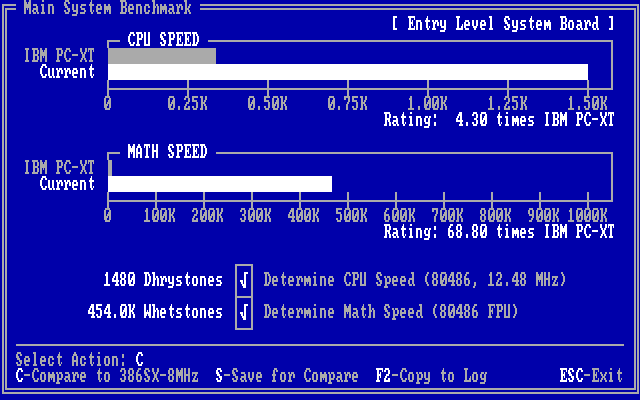 Initially Checkit measured the CPU speed at 5.3 MHz, but when running the test again (with the code now running from PC-Task's dynamic cache) it jumped up to 12.48 MHz. FPU speed is impressive... 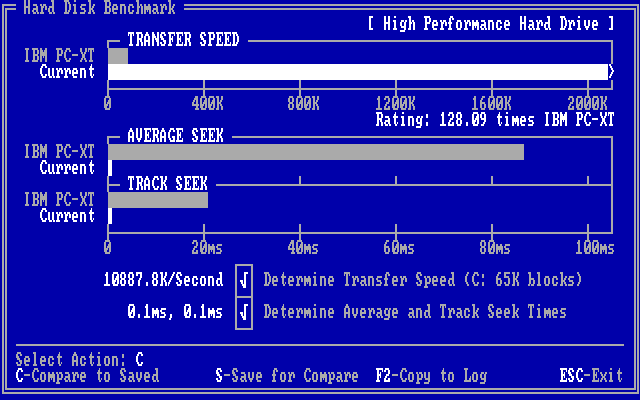 The CF card really shines here, providing about 50% native transfer speed under emulation. In comparison my PC2086 only manages a miserable 29 kB/s, perhaps because its hard drive sector interleave is not optimal. 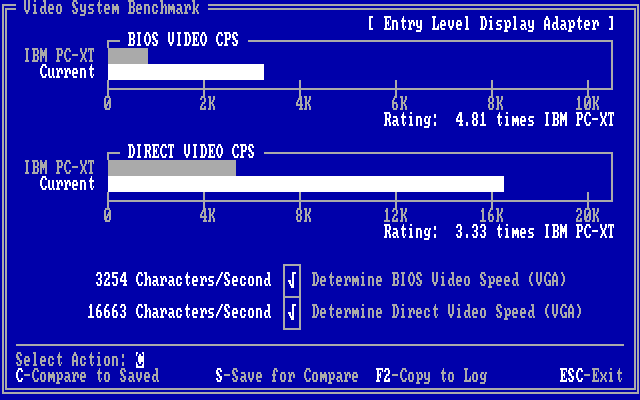 Running 640x200 in 16 colors with 'immediate' screen update, the performance is about what you would expect from a real machine of the same class. It might be a bit slower on an A500 due to reduced ChipRAM bandwidth - best to use MGA (Hercules) text mode if you don't need color.

However the screen update speed in Windows 3.0 was very slow, whether 'immediate' or updating every 4 frames. I suspect this is due to inefficiencies in the stock Windows VGA driver and other code. Windows operation was slow in general - fast enough to be usable but you need to be patient.

Finally the acid test - was it fast enough to enjoy playing Solitaire? The answer is... yes! 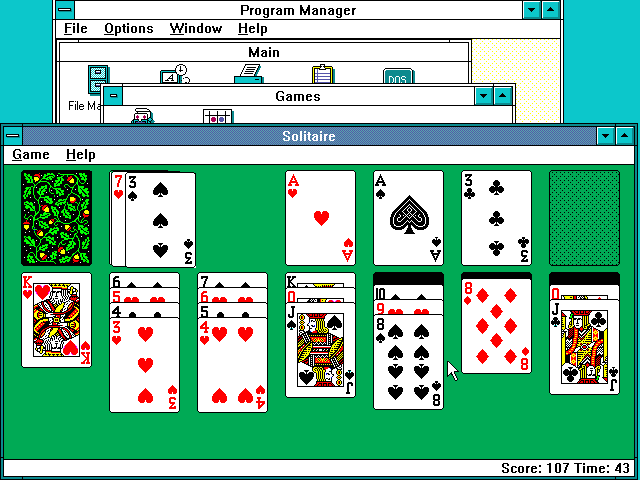 Total memory usage (including screen etc.) on the A1200 was ~13 MiB, which was no problem for my 34 MiB system. I even managed to (accidentally) run two virtual PCs at the same time!

But what about Windows 95? In mid 1995 I installed a pre-release version on my 386-DX 40MHz with 4 MiB RAM and ISA bus VGA, and it was sluggish. So while it should run under PC-Task I imagine it would be much too slow for practical use.

Not the answer you're looking for? Browse other questions tagged ibm-pc emulation amiga-500 or ask your own question.

22
How do old computer emulators work?
4
Can a bootable Win9x HDD be made interchangeable between PCs?
13
Amiga 500 OCS/ECS vs Mega Drive VDP
11
Any Issues with running Workbench 1.3 on a Kickstart 1.2 Amiga 500?
8
Fixing an ailing Amiga 500
8
Are there standalone emulators of Applesoft Basic?
13
Should I use the internal or external drive for loading Amiga 500 games?
1
How do I slow down the emulation in VMware and make it go "proper fullscreen" for Windows 3.11?
3
Can Alice be hacked to use more than 2MB Chip Ram