I was playing Remedy Entertainment's video game Control the other day. Inside the game world, I've come across several computers. (They all look extremely similar.) To me, it looks like some kind of DEC system. Now I'm wondering... is it just designed in the style of a DEC? Or is it an actual real-world model? And if so, which one? Perhaps someone more familiar with this stuff can tell me... 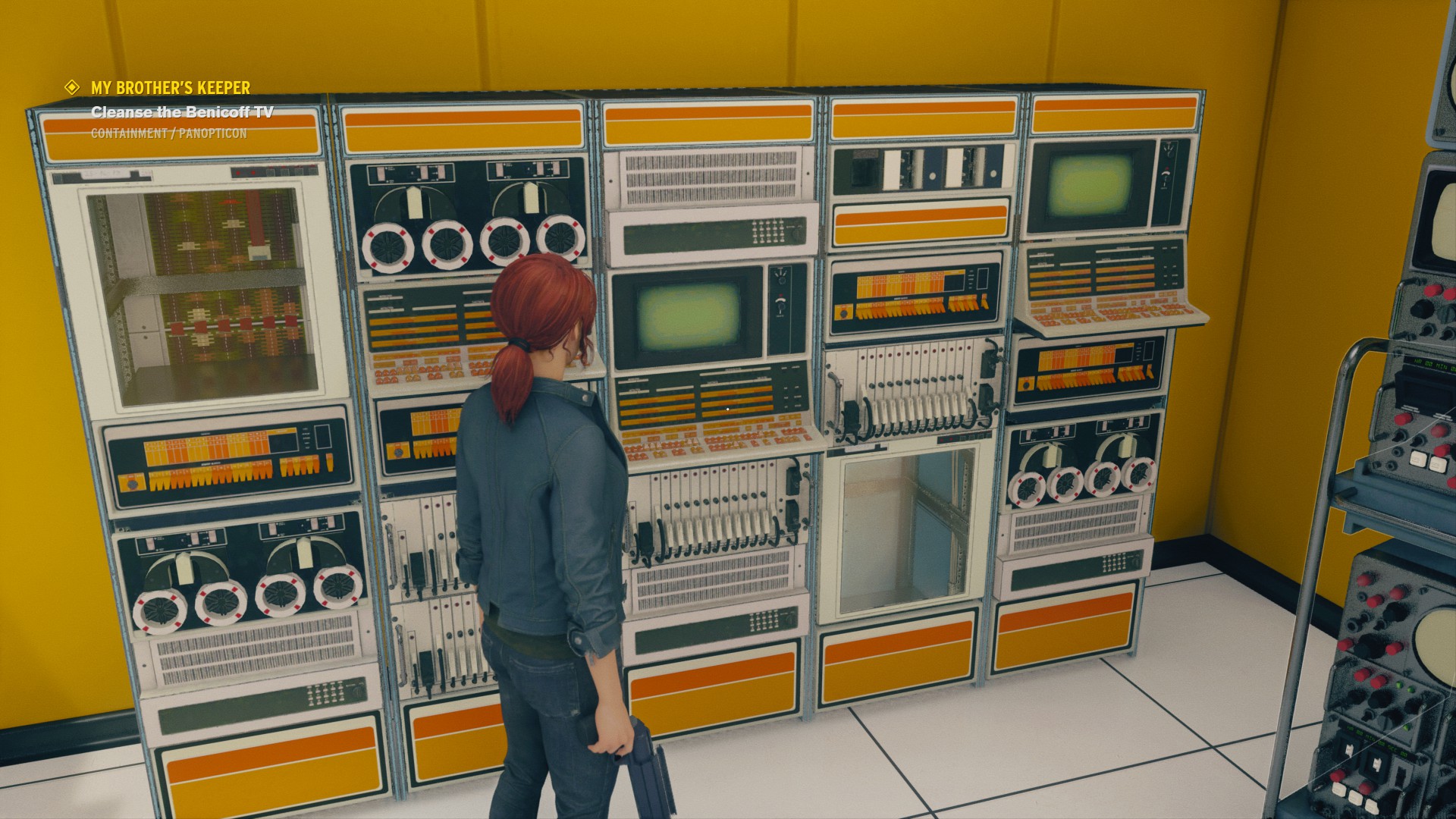 No, it's most likely not a specific machine but a setup to look contemporary.

I've come across several computers. (They all look extremely similar.)

The usual way of game designers to speed up development: Reuse of props.

[or] is it just designed in the style of a DEC

That seems to be the purpose. All elements are at least smoothed or outright edited/recreated.

Or is it an actual real-world model?

Nop. Even if these were real components, they would be quite unusual one, I mean, 11 CPUs and only tapes for data storage? Even if, they would be mounted in a more accessible way - this is pure random.

It's made up of typical PDP elements but in rather random order and mixture. There are for example:

Long story short, it's most definite made to represent a DEC(ish) machine, but its parts do not make much sense. The game designer took (or found) some pictures edited (or recreated) them and used the result to 'build' the setup.

There are some oscilloscopes on the right side which look much like classic Tektronics. The lower one might be a 555 or 556. The one above might be a 564. Again both are rather edited. The 555/6 should have a rather bulky power supply below. The cart holding them is again heavy edited, but rather true to the design of carts supplied by Tektronics.

Looking close, I start to appreciate the time the artist did spend to model these items in a way capturing the essence. Would be interesting (although not really RC.SE related) to see the whole setup. Maybe add a wider picture?

In addition, scopes are not exactly a to be found in a computing room. At least not a setup that expensive.

As @Raffzahn answers, this is probably a concocted image made to look like various real DEC setups. The attached image is of a PDP-12. You can see the heavy tilt towards DECtapes. You also see an object in the lower image that might be an oscilloscope. 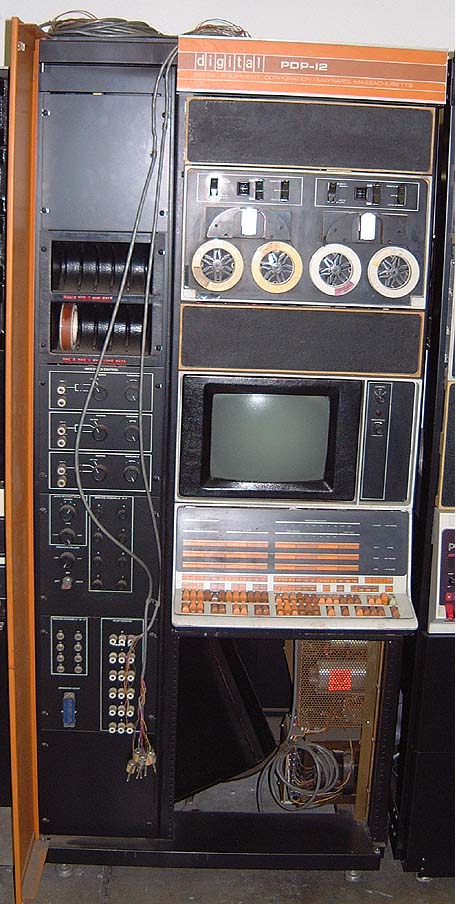 Not the answer you're looking for? Browse other questions tagged gaming identify-this-computer dec or ask your own question.

46
What computer system is this from 1984 Doctor Who?
1
Which computer is used in this NCIS episode?
12
Does this computer have a steering wheel?
3
Is this real Commodore C386SX-LT
5
Is this a custom NASA Langley-built computer or is this a commercial system (ca 1970's)?
12
Is this an Amiga? If so, which model?
8
SAG Computer: What System is it?
2
Identify Terminals Used in this Music Video
41
What's this computer in the 1988 movie "Vampire's Kiss"?
17
Is this Votan voice assistant from 1984 a real system?