I was watching music videos on YouTube and noticed these machines in the video for the song Who's Behind the Door by the band Zebra. The song was released on their album in 1983, but I don't know when the video was made. They're an American band from New Orleans.

There are two kinds of monitor present, or possibly two completely different terminals, but I suspect they're from the same manufacturer. They keyboard is interesting because it has a separate strip of keys between the main keys and the keypad. A nameplate is visible in the keyboard closeup, but illegible to me. 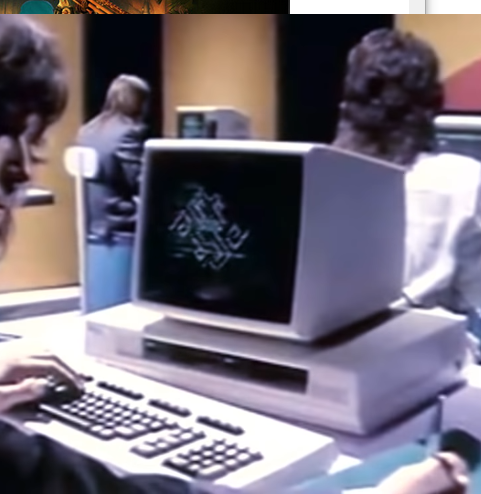 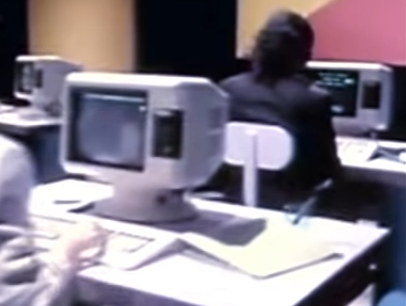 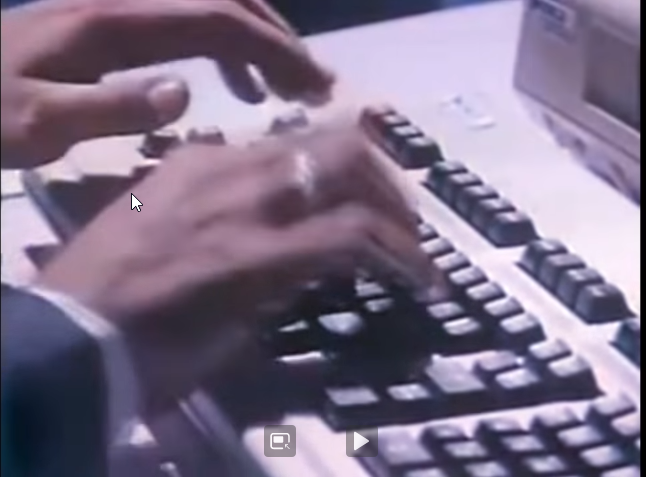 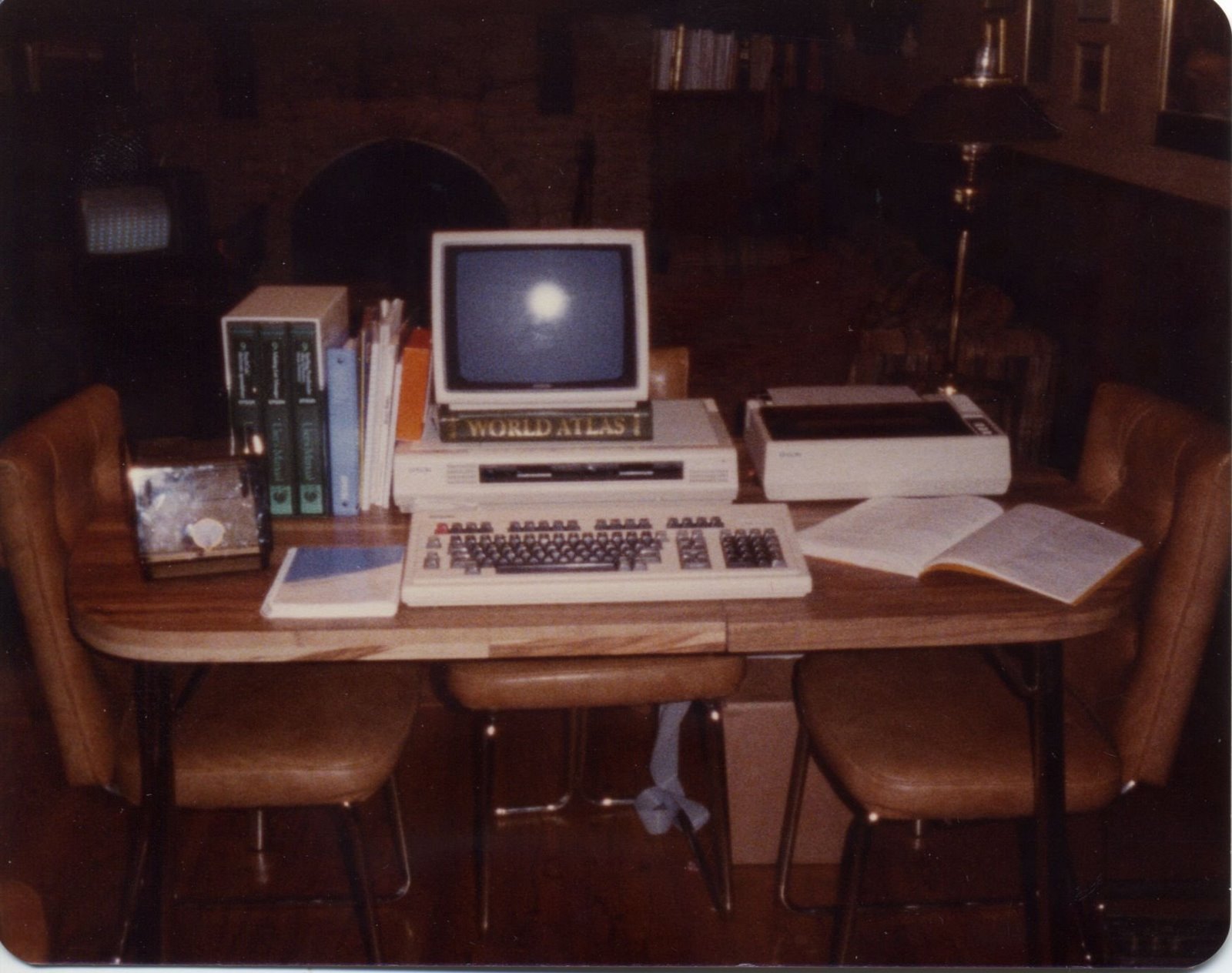 No idea so far about the second picture, wich in fact may be a terminal. Or something complete different, like a video telephone. I think I remember a similar looking one from back then. For the video they changed the setup at least for a later scene (2:38) were this other systems screen is put atop the QX-10. Maybe because it could display a TV signal right away - for that symbol thingy.