Expansion port on the Color Computer

The Color Computer has an expansion port. What is the pin out? What are the kinds of devices that can be used with it? How was the Multi-Pak involved?

There are two variations of the cartridge port on the Color Computer lines. The attached image shows the pin out of the CoCo 2 & 3. 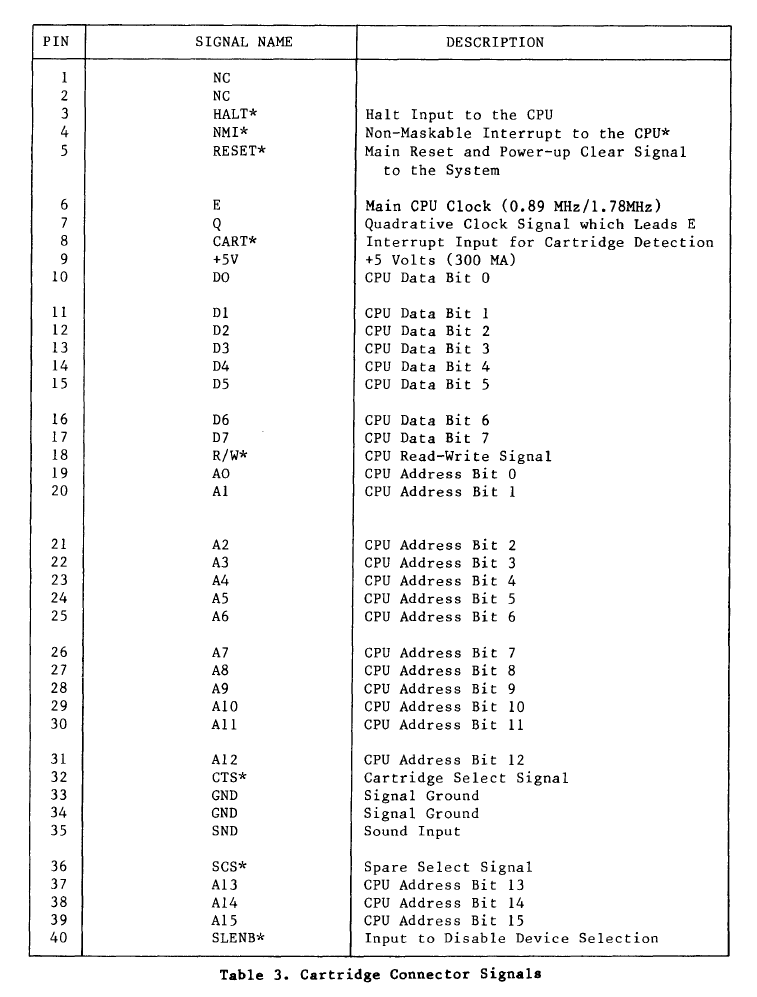 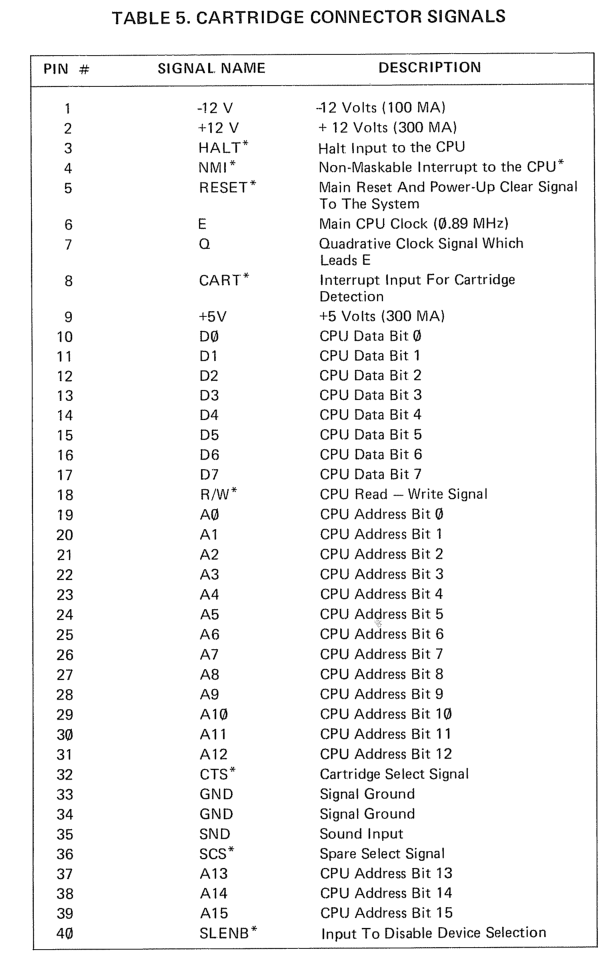 The CoCo 2 & 3 do not produce 12 volts DC. Due to this, several devices listed below, i.e.: X-Pad, cannot be used on a CoCo 2 or 3 without a Multipak Interface, which does produce the 12 volts DC required.

The Multipak Interface (MPI) was a device used for bus expansion on the Color Computers. It offered four slots for cartridge devices; either hardware or software selectable. Tandy made three basic models of the MPI, while other manufactures made their own versions as well. Below is a partial list:

(Only the 26-3124A was ready to be used with a CoCo 3 due to the change in the CoCo 3's addressing. The other two models had to have a fairly simple mod done)

Other type of devices are able to be used as well - MIDI devices; graphics tablets such as Radio Shack X-Pad; numerous types of disk storage, both floppy and hard.

For a mostly complete list of the devices and pictures of most of them, as well as other hardware devices for the Color Computer lines, this link provides much more information.

The UK-based Dragon 32 was a close cousin of the Color Computer, and used the same pinout as the CoCo 1 on its expansion socket. A small number of games were released in cartridge format for the Dragon. The original manufacturer, Dragon Data, made a floppy disk interface, EPROM programmer, and modem interface for the expansion socket. Third-party manufacturers also produced a selection of expansions. Descriptions and photos of many of these (and other accessories) can be seen on the World of Dragon website.

Not the answer you're looking for? Browse other questions tagged color-computer or ask your own question.

9
How do I change the CoCo 3 color palette before running a Color Computer ROM Pak?
15
What format is used for CoCo cassette tapes?
8
What are the options for installing a 6309 in a TRS-80/Tandy Color Computer
14
The Tandy/TRS-80 Multipack Interface (MPI)
8
Digisector DS-69 video digitizer
7
Can someone help me get xROAR to read files? (M6809/TRS-80 ColorComputer)
20
Fate of mystery Motorola RMS graphics chipset (68486 + 68487)
5
Color Computer Expansion port "listening" bus
6
Ideal resolution for color computer on PAL/SECAM