Why were early 3D games so full of muted colours?

A lot of games from the PS1 and especially PS2 era are full of low contrast greys and browns and not much else. Some examples: 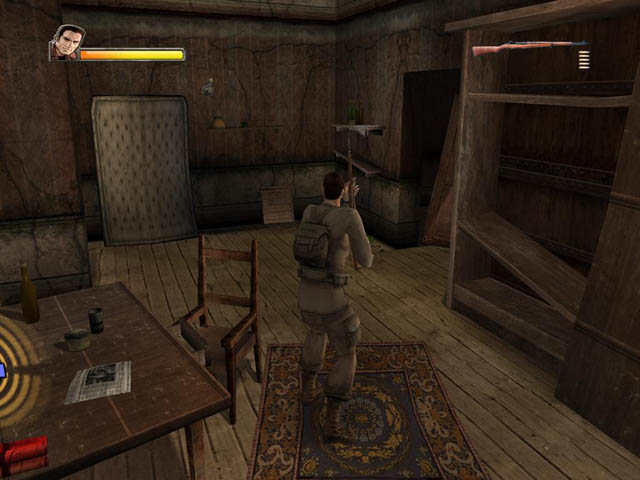 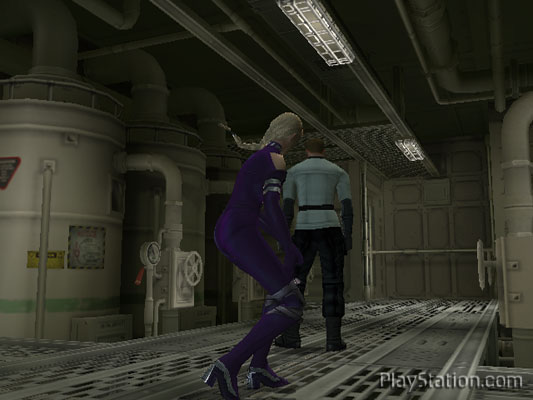 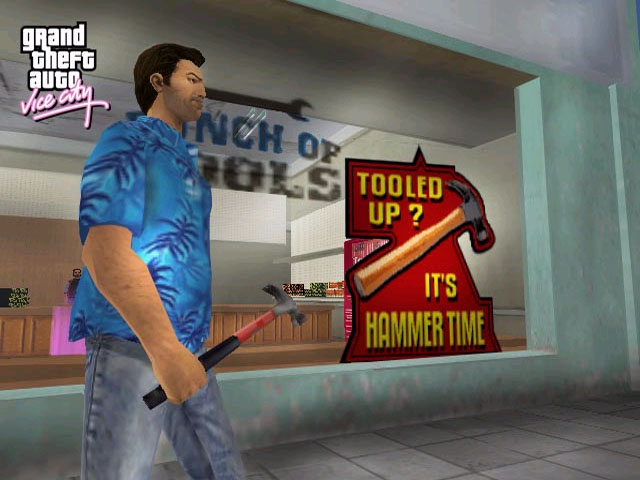 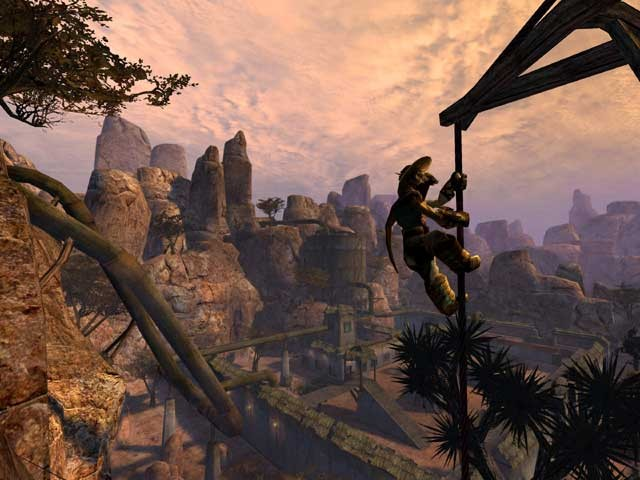 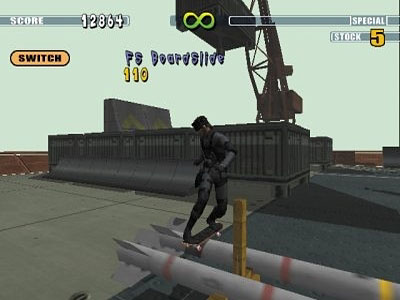 Why is this? Was it just a design decision, or was there a technical reason?

Edit: Based on comments here are some histograms for a couple of the screenshots. First, Vice City which is the most colourful: 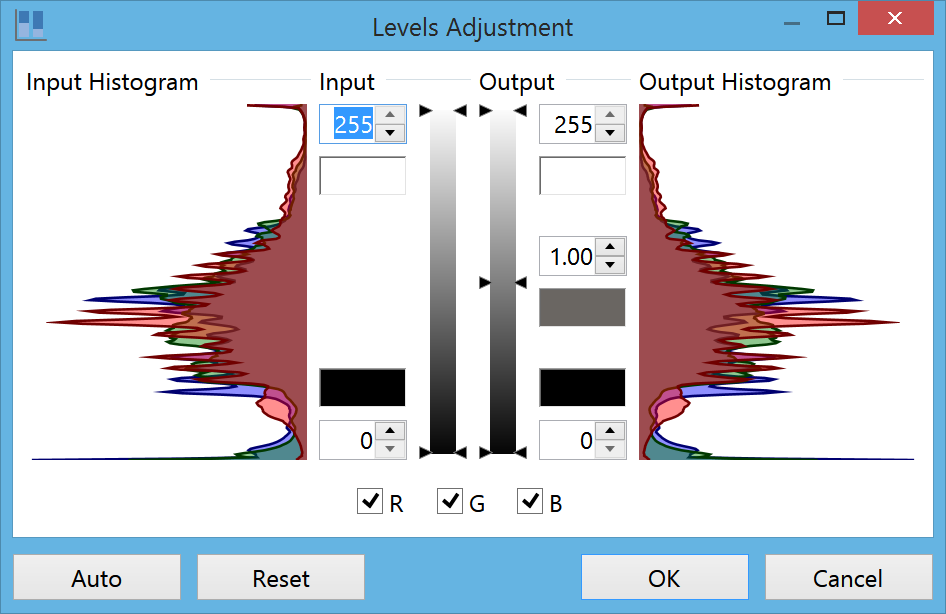 Quite a compressed range of colours, even the neon pink is muted.

Next the woman in purple: 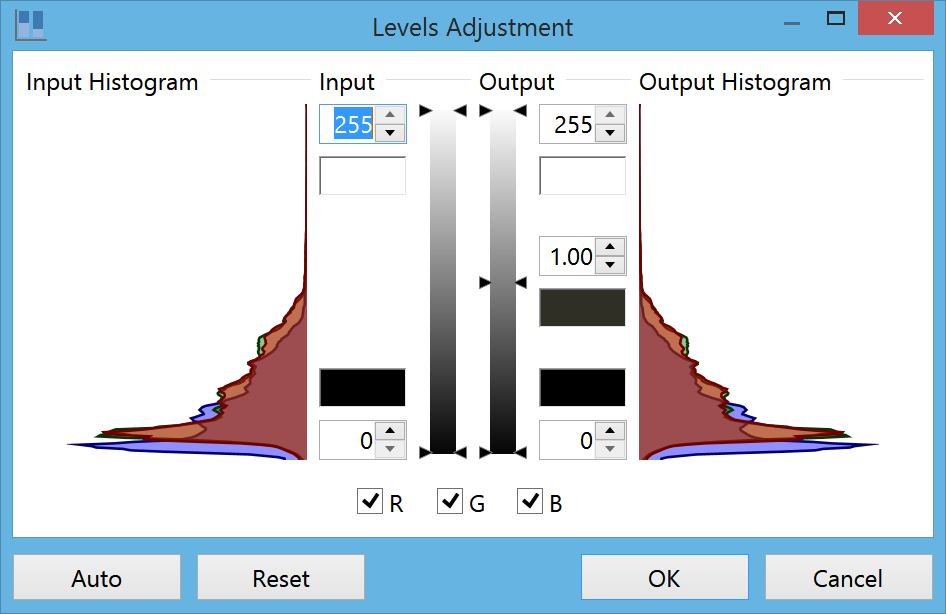 Everything below 50% of the full range, and the RGB curves are closely matched because it's mostly grey.

On the PS1 the lack of perspective correction when applying textures means that geometry will always retain its correct silhouette but the inner pixels may be displaced. Coupled to that, the most common texture format is paletted 16-colour.

That suggests one obvious way to minimise perceived texture warping: make sure your textures are low-contrast. Then it’s not going to be so obvious that you don’t have a large array of colours available per texture, or that some of the pixels are being painted out of place.

Two obvious art styles emerge: cartoon, ala Crash Bandicoot, where individual objects are so plainly textured that many of them aren’t textured at all; and brown/grey, which neatly avoids those reds and greens that your eye is most sensitive to. There are other options, of course, such as the variety of whites used by the briefly-faddish snowboarding genre, but those two are the more universal.

After that it’s just a question of the target audience. The PlayStation audience initially skewed towards older videogame players so the ‘realistic’ look is a better fit.

That said, never discount aesthetic choices. Why are movies from the ‘80s so much more likely to contain neon? Certainly not for technical reasons.

Why is this? Was it just a design decision

Undoubtedly. While there may have been 'a lot' of games that set a sombre tone of greys and browns (and not much else), there were also a lot that didn't. Here are some screenshots from The Best PS1 Games, Ever!:- 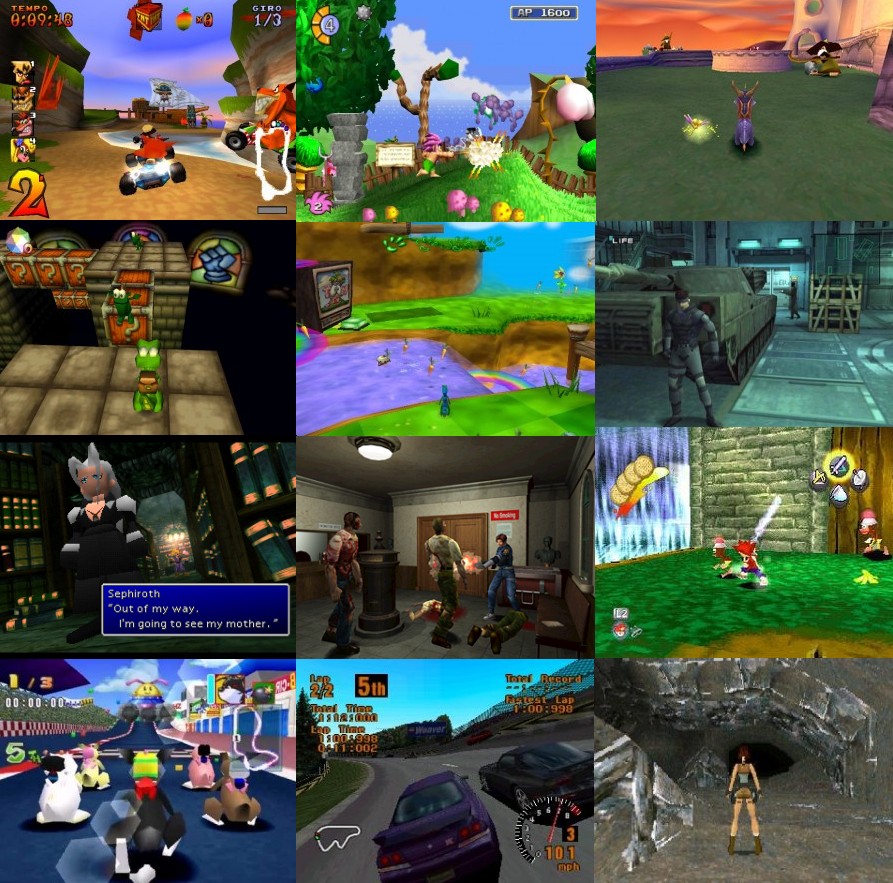 The colors used are chosen to match the tone of the game. Take Tomb Raider for example (IMO the best 3D game ever!). In the screenshot above (bottom right) lots of muted browns and greys are used because the scene is inside a mountain cave. But in the jungle level...

I seem to remember reading that the original Quake from id software back in '97 decided to go with 256 color modes due to highcolor (15/16 bit color) and truecolor (16M colors) video cards were still relatively rare. Usually 256 color modes only had 6 bits to assign a color in the DAC, so the ability to get a range of brightness values for a particular color for lighting purposes was quite limited, so you wound up with a relatively dark image.

3
Why were Game Boy Advance games designed with such a "bleak" colour palette compared to stationary consoles and even other handhelds?

8
Anybody restoring Adventure, an early interactive fiction game?
78
How were the first ZX Spectrum games written?
16
Was Family BASIC for the NES/Famicom powerful enough to create full games and applications?
8
Was cost the only reason why demo cartridge games weren't produced?
62
How was copying prevented when the first CD-ROM games were introduced?
8
Were there actually any games for the IMSAI 8080 computer, used in the movie WarGames?
55
Why do old games use flashing as means of showing damage?
9
Were any DOS games (or software) known to use VBE/AF?
5
Which early computer games supported "English" from the paddle controller?