I'm just creating my own .prg file using NCurses Hexeditor in Ubuntu which I load using load"file.prg",8 in Vice. I followed the information in this link explaining how to create a .prg file. It says basic starts at 2048 ($0800) but loads the .prg code starting at $0801:

Programs will LOAD starting at memory location 2048 unless a secondary <address> of 1 is used. If you use the secondary address of 1 this will cause the program to LOAD to the memory location from which it was saved.

Tests show that no matter what PRG header I use my bytes are always loaded into 2048 when using ,8 as per C64PRM. But let's just suppose I use a header for $0800, then I have the following bytes in Hexeditor: 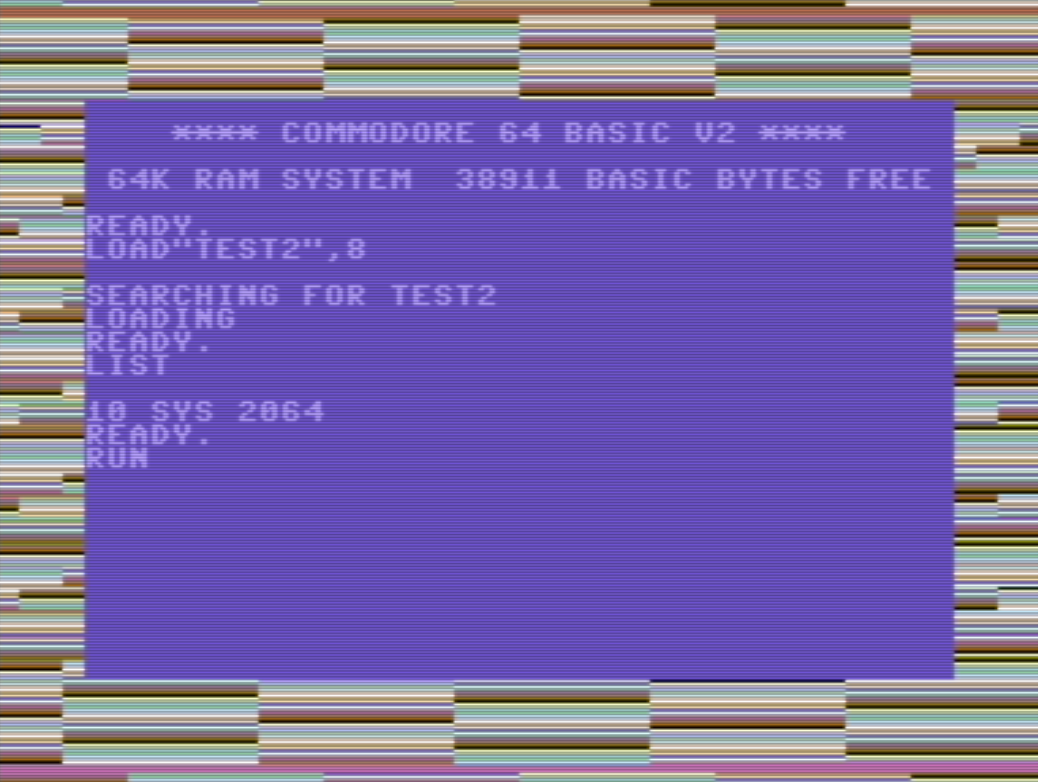 It is not strictly true that "all works fine" for machine-language programs with a standard BASIC header starting at $0800 vice $0801. The idea of the BASIC header is that your program is easily loaded and then started using the RUN command:

If you move the header one-byte down to $0800, then BASIC no longer parses it correctly. Your line number will be messed up, and RUNing your program will likely return ?SYNTAX ERROR. It is true that your actual machine code is unaffected and you could still start it with the appropriate SYS command manually entered. But the desire is for it to work by just using the standard LOAD & RUN. Screen shot below shows this for a quick & dirty test program I created to load at $0800. The list of the program should read as:

Looking at the disassembly of Commodore BASIC v2, this assumption of the actual first line being at $0801 is probably related to the fact that the RUN command is a special case of the GOTO command. Because of this, I think the first byte is skipped just to simplify the coding of the interpreter. 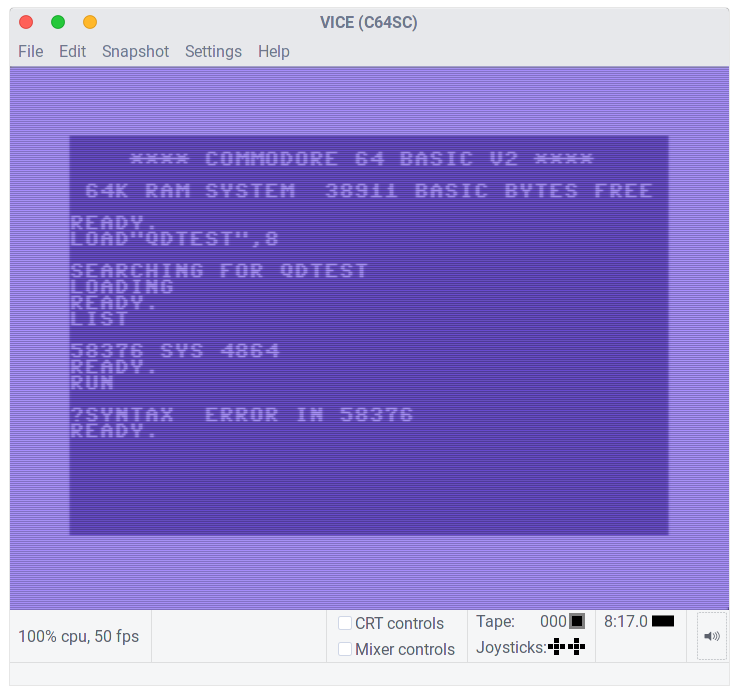 When you do a LOAD"MYPROG",8 on C64, the computer will relocate the program to start at $0801 -- ignoring the load address from the file header.

If you do a LOAD"MYPROG",8,1 it will load the program to the load address specified in the file header.

If you load your test program to $0800 using the ,8,1 option, my expectation is that it won't be linked correctly by the BASIC interpreter and will not run.

Not the answer you're looking for? Browse other questions tagged commodore-64 6502 or ask your own question.

6
Why does Applesoft get confused by a nonzero value at $0800?

14
What is the "standard" way to implement KERNAL hooks on the C64?
3
Reading both keyboard and joystick with non-KERNAL code on C64
12
Identifying this 6502 Assembler
3
How to transfer the address of a data block into zero page using the Merlin 8 assembler on my Apple //e?
4
Transforming a memory dump into something loadable
4
Commodore 64 CC65 - I need help with config set up for using a data segment in Bank 3
24
How did the C64 lockup bug and its workarounds work?