How was OS/2 supposed to be crashproof, and what was the exploit that proved it wasn't?

I seem to remember that IBM claimed one of its versions of OS/2 was crashproof. I believe they specifically said it was "crashproof" or some similar term to indicate that it would never crash.

But someone came up with an exploit that caused OS/2 to crash, and IBM stopped advertising it as crashproof.

A PC Magazine article backs up my recollection:

Years ago, IBM tried to promote a version of OS/2 as "crash-proof." This gambit ended when Microsoft designed some code specifically to crash the system and during a COMDEX event, Steve Ballmer went from machine to machine with a floppy disk crashing these "crash-proof" OS/2 machines.

Also, a photo of the back of an OS/2 Warp box shows that it says:

Its Crash Protection helps prevent a single, wayward program from affecting the rest of your system.

Although my recollection is that they changed their description of OS/2 from "crashproof" to "crash protected" after the release of the exploit.

Was there a specific feature or design/architecture that OS/2 had that IBM believed would prevent it from crashing, and what was the exploit that proved that wasn't true?

SteveB went on the road to see the top weeklies, industry analysts and business press this week to give our systems strategy. The meetings included demos of Windows 3.1 (pen and multimedia included), Windows NT, OS/2 2.0 including a performance comparison to Windows and a “bad app” that corrupted other applications and crashed the system. It was a very valuable trip and needs to be repeated by other MS executives throughout the next month so we hit all the publications and analysts.

Unfortunately, OS/2 had a crucial flaw in its design: a Synchronous Input Queue (SIQ). What this meant was that all messages to the GUI window server went through a single tollbooth. If any OS/2 native GUI app ever stopped servicing its window messages, the entire GUI would get stuck and the system froze. OK, technically the operating system was still running. Background tasks continued to execute just fine. You just couldn’t see them or interact with them or do anything, because the entire GUI was hung. Some enterprising OS/2 fan wrote an application that polled the joystick port and was supposed to unstick things when the user pressed a button. It rarely worked.

I'm not sure about the advertising, but OS/2 1.3 really was extremely stable. Later versions were also quite stable, though it never seemed to me that any of the others quite matched the last of the 1.x series.

Most of that came from using the processor's protected mode, which most other OSes that were in wide use on PCs at the time didn't use.

In particular, most people on PCs at the time ran MS-DOS, which ran in real mode. In real mode, all code running on the machine had access to all memory locations, so it was entirely trivial for a normal program to overwrite things like the operating system or the interrupt table. The interrupt table was especially vulnerable because it was right at the beginning of memory, so writing via a null pointer would overwrite more or less arbitrary interrupt vectors.

By the time of OS/2 1.3, many MS-DOS users did use sort of memory manager (e.g., 386Max). In this case, MS-DOS was technically running on a V86 process, and the processor itself was actually running in protected mode. For better or worse, however, unless you also ran something else as a "supervisor" (e.g., DesqView), the fact that you were in protected mode was mostly hidden, so the system provided (at best) a minimal improvement in stability over actual real mode.

Since then, use of protected mode has become ubiquitous. While it's still possible to crash a computer (e.g., Windows' notorious blue screen of death) there's really no comparison to how things were under MS-DOS.

I'm not sure it was ever used as the basis of an actual attack, but others have mentioned OS/2's queuing problem, but nobody's explained what the problem was.

As events arrive from the keyboard, mouse, etc., they're put into a queue. Then the PM figures out where they should be routed, and the target process removes the event from the queue. Lather, rinse, repeat.

The problem arose if a program simply quit removing its events from the queue. There was one queue shared between all PM processes, so if one didn't retrieve its message, nobody else could retrieve theirs either, and the system quickly ground to a halt. 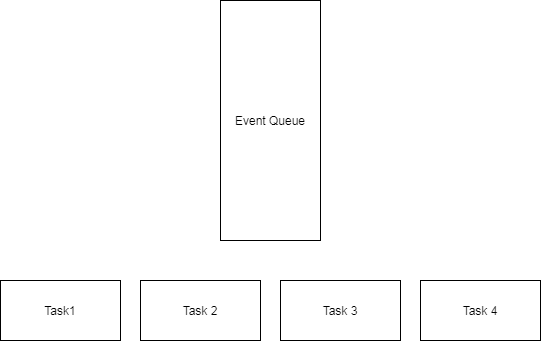 For Windows NT, Microsoft changed the architecture just a bit, to prevent this: 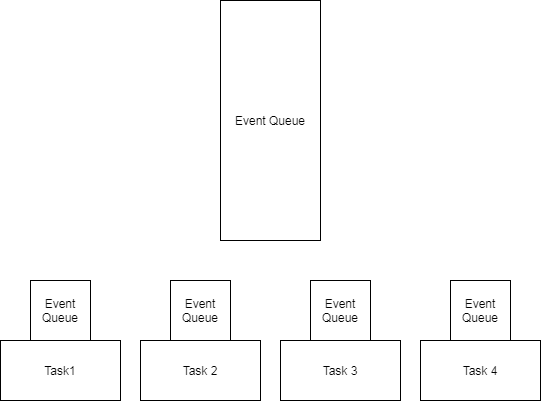 In this architecture, the OS kernel code removes events from the shared queue, sorts out where they should go, and deposits each in the event queue associated with the proper process. If a process quits processing its events, its own queue will back up (and the user will get an error message), but it won't affect any other processes.

Windows certainly has its share of problems as well, but this particular problem definitely is not one of them (unless you're looking at Windows 3.x/9x/Me, which was an entirely different beast).

Is there any source beside your memory for this or a similar claim? It would be helpful to see a first hand source supporting that IBM made it, like an advertisement or some promotional matter or manual or a lake. The cited PC Magazin posting seems as well rather based on memory.

Also, the cited OS/2 Warp box clearly mentions Crash-Protection as a function to isolate single processes from crashing the whole system. Something that was almost the default behaviour on Windows prior to NT.

While being an OS/2 developer (and user) since 1.2 (but only really felt in love with 2.0), I do not remember any claim for it being 'crashproof'. And it seams rather dubious that IBM would have changed that somehow along the way.

Now, having mentioned OS/2 Version 2.0, it did come with an advertising campaign using the claim of being

"a better DOS than DOS and a better Windows than Windows"

Was it maybe this line that got stuck in your memory?

OS/2 was in fact way more stable than any DOS/Windows of the same time - and years to follow. Mostly due its use of 286/386 protection mechanics to really separate processes while providing safe(er) interfaces than DOS/Windows.

Not the answer you're looking for? Browse other questions tagged os2 or ask your own question.

11
What physical size and density floppies are the intermediate-capacity options for the /F switch of the DOS/Windows/OS/2 FORMAT command meant for?