The S-SMP (perhaps: Sony - Sound & Music Processor?) is the audio CPU used by the Super Nintendo Entertainment System. It consists of two integrated units, the SPC700 and a digital signal processor (DSP), as well as 64 kB of SRAM...

Wait a minute. 64 kilobytes isn't much by today's standards, but it's half a million bits. Static RAM is generally said to require six transistors per bit, so that would be three million transistors. This is in 1989, the same year as the release of the 486, which contained just over one million transistors. Granted, static RAM would be highly regular and probably somewhat denser than random logic, but still, three times the transistor count of an extremely complex and expensive cutting-edge CPU that costs more than an entire SNES? How is that possible?

Edit: Looking up some ads in the back of Byte magazine, December 1989, I find the following:

Of course it's not quite as simple as that; a DRAM cell probably doesn't take exactly the same area as an SRAM transistor; price is not purely a function of chip area; there are small variations in price by speed grade, etc. Still, the figures are suggestive. They do at least indicate that static RAM costs $36 for 64K at this time. A big company buying in bulk would expect to pay less. How much less? I did see one indication elsewhere earlier in the decade that Amstrad was paying $2.50 for memory chips advertised in Byte at $3. If that ratio holds true here, Nintendo would pay about $30 for 64K of static RAM.

A reasonable guideline for this era is that retail price needs to be at least three times manufacturing cost. That means the static RAM alone would account for $90 of the price of a $200 console.

It looks like Jerry Coffin is right: Nintendo was willing to initially sell the hardware at a loss, presumably figuring both on making it up on software sales, and on the component costs dropping rapidly over the following couple of years.

Direct from the SNES development manual: 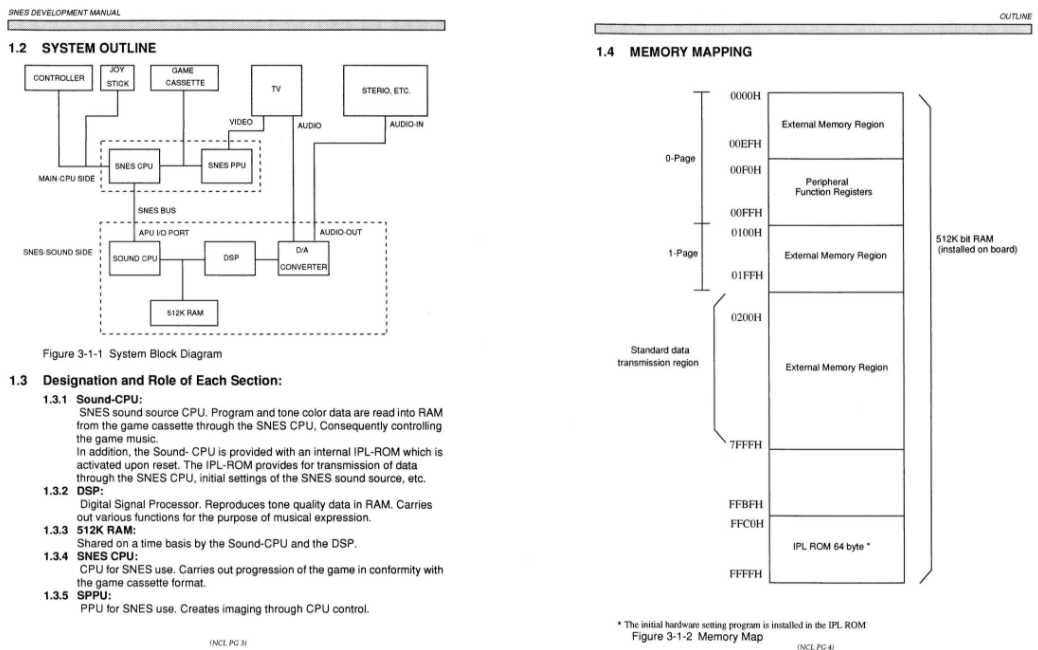 As for how it's possible: game consoles are almost always sold at a loss. Vendors make their money off the games (which is why they work so hard to assure that nobody but themselves can publish games for their console).

Not the answer you're looking for? Browse other questions tagged hardware chip nintendo snes or ask your own question.

13
Number of transistors in the C64
4
What are the circuits captured on this photo of the NES PPU die?
2
Why did Nintendo commission Sony to create a disk reader if the Famicom already had one?
14
Did Nintendo change its mind about 68000 SNES?
38
Why did the VIC-II and SID use 6 µm technology in the era of 3 µm and 1.5 µm?
11
Did Nintendo pay WDC for their use of the 65816 core?
9
How many transistors in the CDC 1604?
23
What accounted for the cost of ENIAC?
27
Why did Nintendo name its console the "Famicom"?