Genre: 2D Platformer, Puzzler, Indie, Overcome some square obstacles, Exit to door or portal next level (100 levels approx if not a bit less or more)

Graphics/art style: Retro Squares like the world of Minecraft, brown squares and snow squares(Mainly tiny pixel squares and some big)

Notable characters: You play as a grey robot

Notable gameplay mechanics: You move left to right, maybe jump and possibly use a grappler hook. You could place puzzle pieces in water but the robot died when he touched the water. I'm not sure whether the robot would start walking right after you placed all the elements or if you had to click something for him to start walking. Basically the robot was on the left side and you had to build a way for him to get to the right side. I think that the pieces fell from the sky like in tetris and you had to place every piece in the right place to make a way for the robot. There were also elevators there and maybe teleports. There were also passwords that you got at each level so you could go to that level directly next time you played instead of starting new game everytime.

Other details: I really hope someone knows! I've not known the name of the game and haven't played in 20 years! I have found other 2D Robot platform games but none matched so this is going to be a tricky find! You play as a robot, I think you start from the left of the screen, and have to exit to the right! The game was simple, so you can move and jump over square obstacles! As the levels progress they got more tricky, and you had to dodge and move over more square obstacles, and square brown levels eventually became snow levels, so maybe cause the robot to slide. Maybe you used a grappler hook to dodge/move quicker. Any ideas anyone? Thanks in advance! :)

There are a lot of MS-DOS tile based puzzle shareware games but this sounds a lot like Hubie.

You play a little alien that has to navigate a block-based world with items like vines, bricks, dynamite and head to an exit.

A lot of your description reminds me of Chip's Challenge (DOS/Windows), although you don't play as a robot... Perhaps this will help someone who searches for a similar game if nothing else. 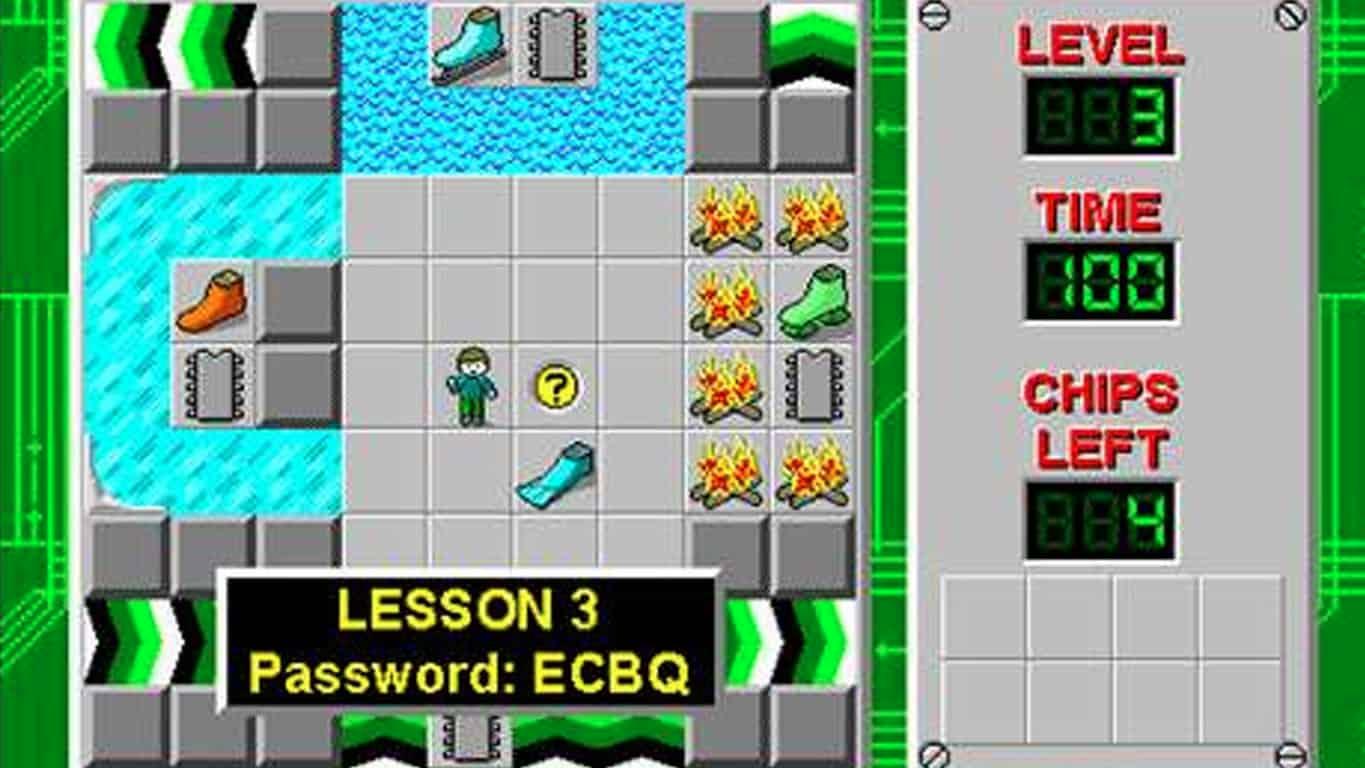 Not the answer you're looking for? Browse other questions tagged gaming identify-this-game or ask your own question.

8
Submarine diver game where you had to collect fish and other things for your aquarium
4
Identify logic game involving turning things into ladders
15
1980s game with a guy with an axe on a flying disc
2
Old grid-based puzzle game with snakes that wake up when on the same row/column as you
9
90s game about a man with a revolver fighting demons
8
Which was this game with collectibles, that came with a washing machine detergent?
6
1980s Commodore 64 game about flying toward tower
10
What was that old FPS game where you shot rats in a sewer?
18
Arcade game: pseudo-3D flying down a Death-Star-like trench