Identifying the functionality of the memory select IC in Apple II

One to apply A6 on the three banks of RAM ICs.

One to generate /RAM_SEL applying the latched RAM output to the data bus.

And one to apply /CAS on the three banks of RAM ICs. 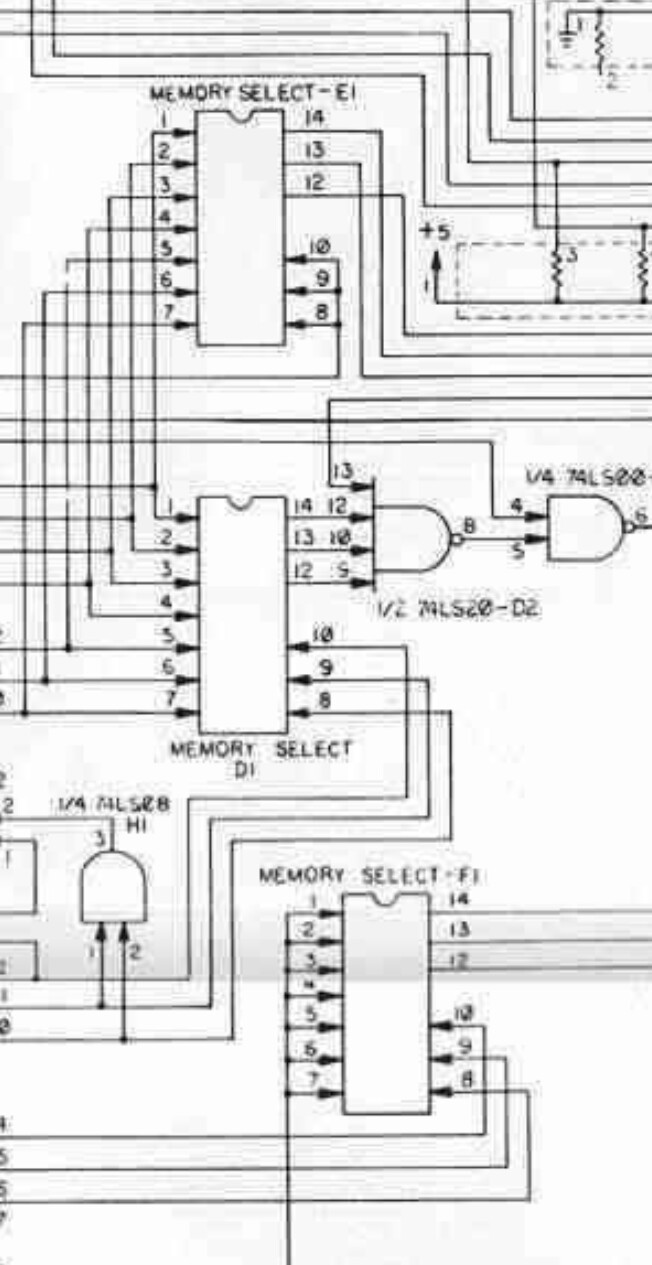 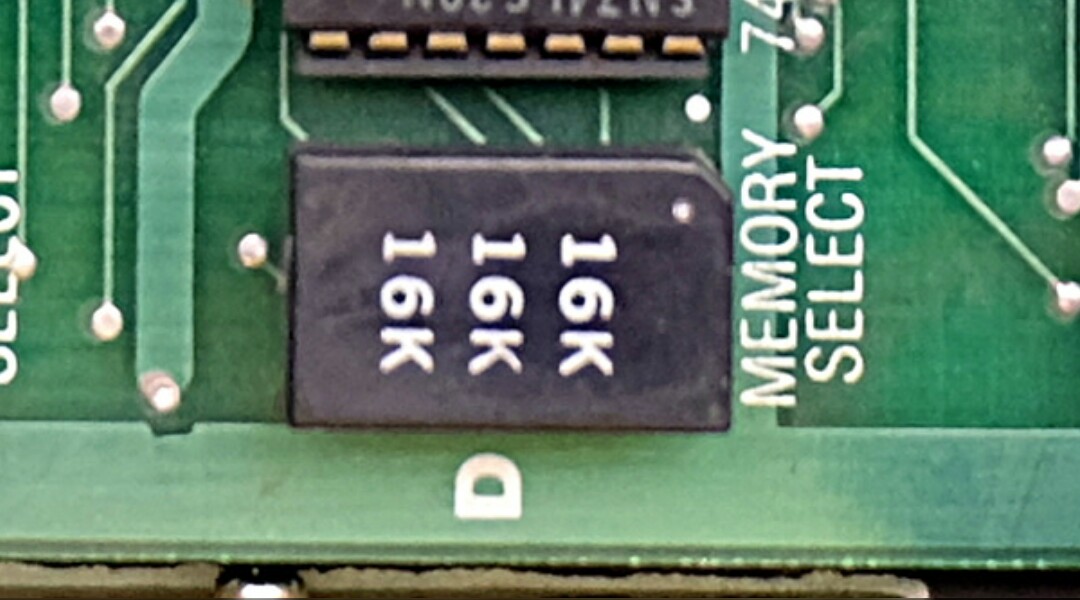 I need to know the logic of this IC:

They are not IC, but bridges (wires) connecting the inputs to the chips, depending what type is plugged in each of the RAM rows.

It's marked on the schematics, isn't it?

and how they define the three outputs.

By connecting whatever is needed for the desired combination.

Originally there were 4 different types:

The later is is the most common and fixed in place on the later runs of early boards - like seen in the picture.

It's a single solution to two problems

What Configurations are Possible?

It's almost certainly not an IC but just a passive set of wire links that are routed differently depending the memory configuration.

You may be able to work out what is needed from the signals available on the left and what is required on the right.

12
How do I troubleshoot an Apple //e with no power light?
27
Apple II: Applesoft BASIC memory management
19
Did the Apple IIe Platinum include all feature enhancements from the Apple II line?
4
Need help identifying an Apple IIc game/possibly educational with a top-down view
12
Is all 100% of a 64k Apple II memory usable?
4
Apple IIe auxiliary RAM bank select register address -- C073 or C07X?
8
In an Apple IIc, how is memory beyond 128K addressed?
5
What is the reason of the particular range of the last 4K block of memory selection in Apple II
4
Apple IIc : displaying HGR page 1 in AUX memory