Are these ROM cartridges and for what device?

I picked up four of these (what I assume are) ROM cartridges for a console, in a Thai second hand market in Bangkok.

None of them have casings: 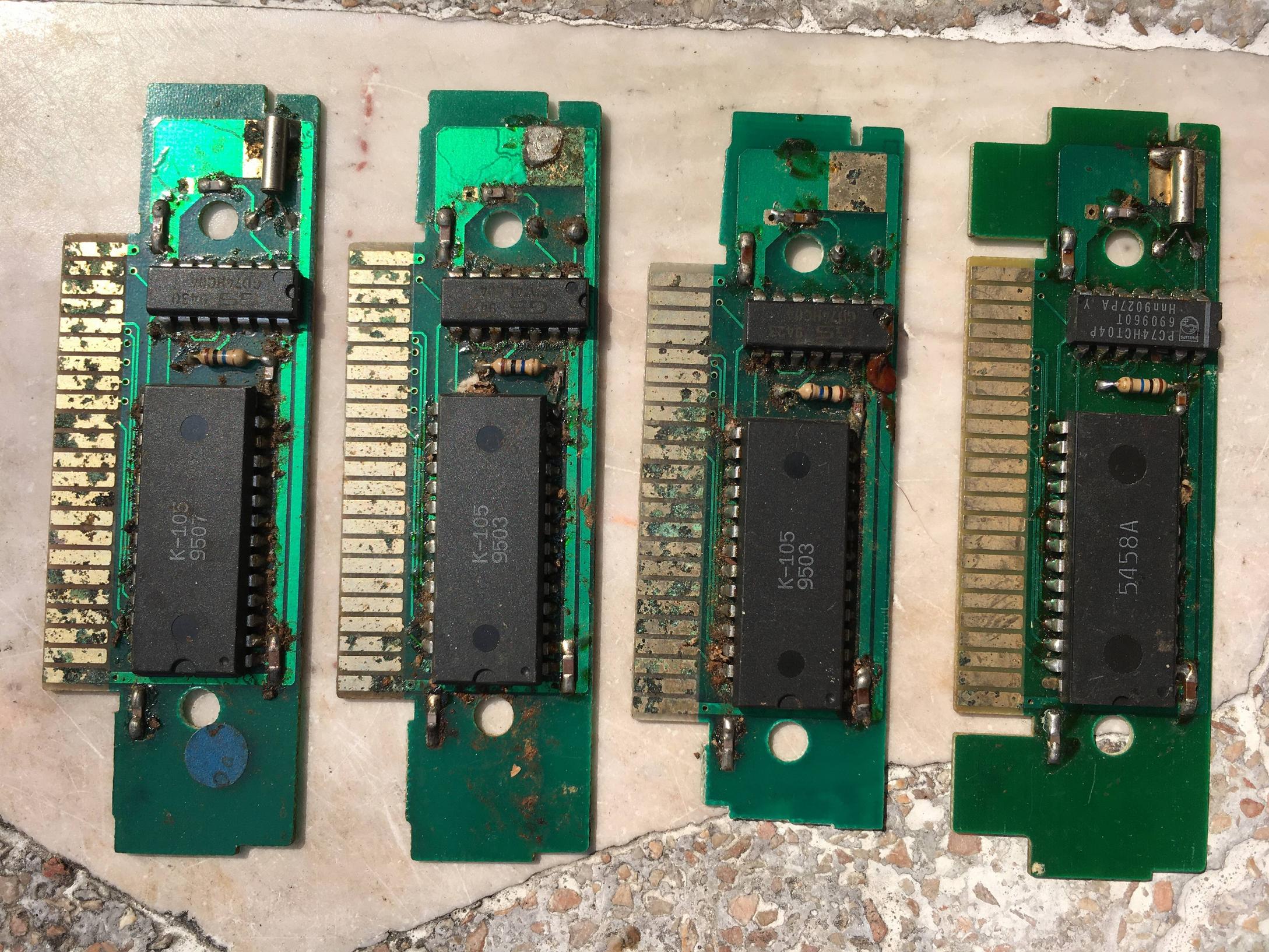 There are three different types, distinguished by the etching on the IC:

All modules have 23 contacts on both sides.

There are two ‘9503’ modules, and neither of which have a crystal - whether this is intentional or not, I don't know. Maybe the crystal was removed, but it would seem to be a coincidence that it was removed from both.

So my primary guess would be these are SNES compatible cartridges made as cheap as possible, probably Chinese clones.

Now that crystal puzzles me a bit. While the 74HCT04 may be used as an oscilator - and having the crystal across the first inverter makes it look like, I have no idea whet it is good for without seeing were the output leads to. It might be a good idea to unsolder the chips from one of the boards to capture all traces. This would as well reveal the remaining circuit around ROM and edge connector.

So I couldn't find much, but here it is.

The Phillips PC74HCT04P is apparently a TTL Hex Inverter, not sure how much help that is.

I also found this post, which claims that the 5458A is a cloned DSP-1, and that it is used in bootleg SNES cartridges. It has this picture: 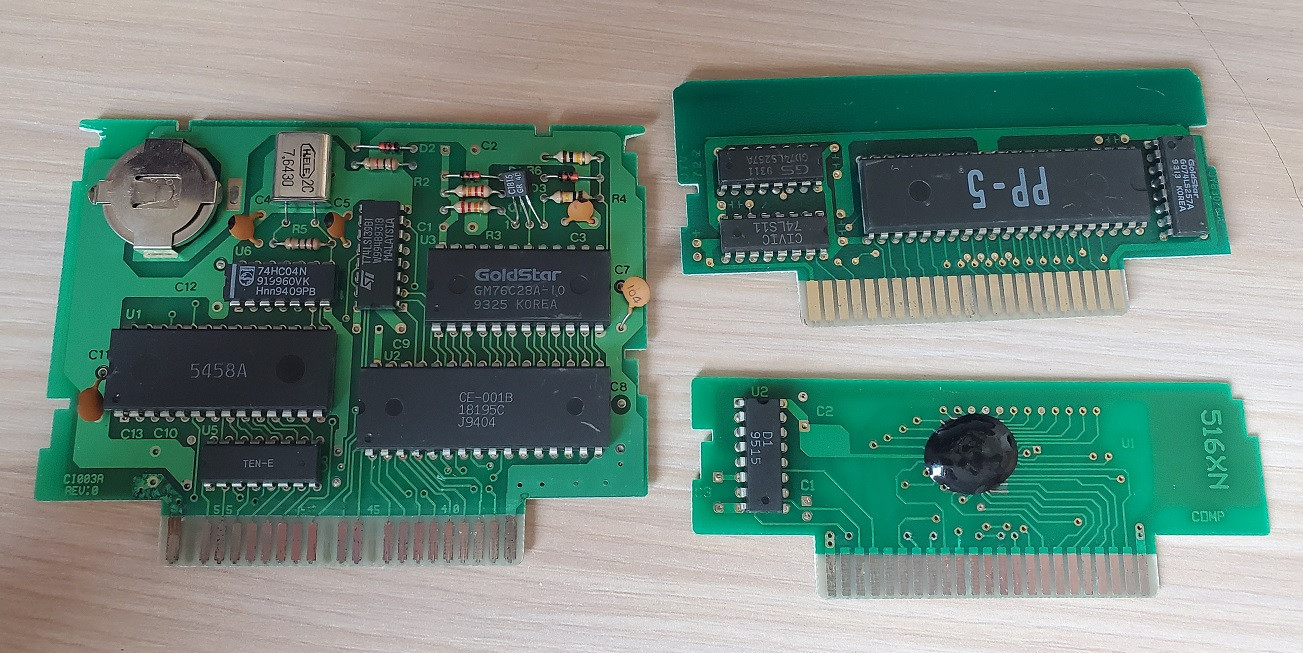 For posterity, here is that post's text:

Here are some examples of bootleg carts from back in the day, with cloned CICs

The one on the left is a surprisingly good quality bootleg copy of Mario Kart - the board seems to be electrically a 1:1 clone of the SHVC-1K1B board that the real Mario Kart used - the CIC is the chip marked "TEN-E" at the bottom and the chip marked 5458A is a cloned DSP-1.

The board at the top right is a bootleg of Super Street Fighter II - the CIC here is the chip marked "CIVIC 74LS11" - which seems a strange choice since a real 74LS11 (which is a triple 3-input AND gate) is in a 14 pin package and not 16 - it's also using a 16 bit ROM which is why it needs the pair of 'LS257 multiplexers to select which byte to send to the console. Although the board has space for decoupling caps, they haven't been installed.

Both of these are running exact 1:1 copies of the original game ROM.

The final board on the lower right is a good example of a hacked up bootleg - the game is Hudson's J-League Super Soccer '95, but the code has been modified to operate without backup memory - the CIC here is marked "D1 9515" this board also has no decoupling caps and the ROM is a COB type covered with resin (AKA "glob-top").

So it's a bit sketchy, but it does seem like your cards are probably from old bootleg SNES cartridges. Though they look in pretty bad shape and I wouldn't put them in any machine that I cared about.

Not the answer you're looking for? Browse other questions tagged identify-this-card or ask your own question.