Did the original BBC Micro computer come with a mouse?

I know some companies like Advanced Memory Systems designed mice for the BBC Micro like the AMX mouse so I was wondering if the original BBC micro came with its own mouse. I'm trying to compile a list of compatible mice for my "AMX Mouse To USB Converter".

No, the original BBC Micro came with no peripherals at all. It came in a box with room for the computer itself: 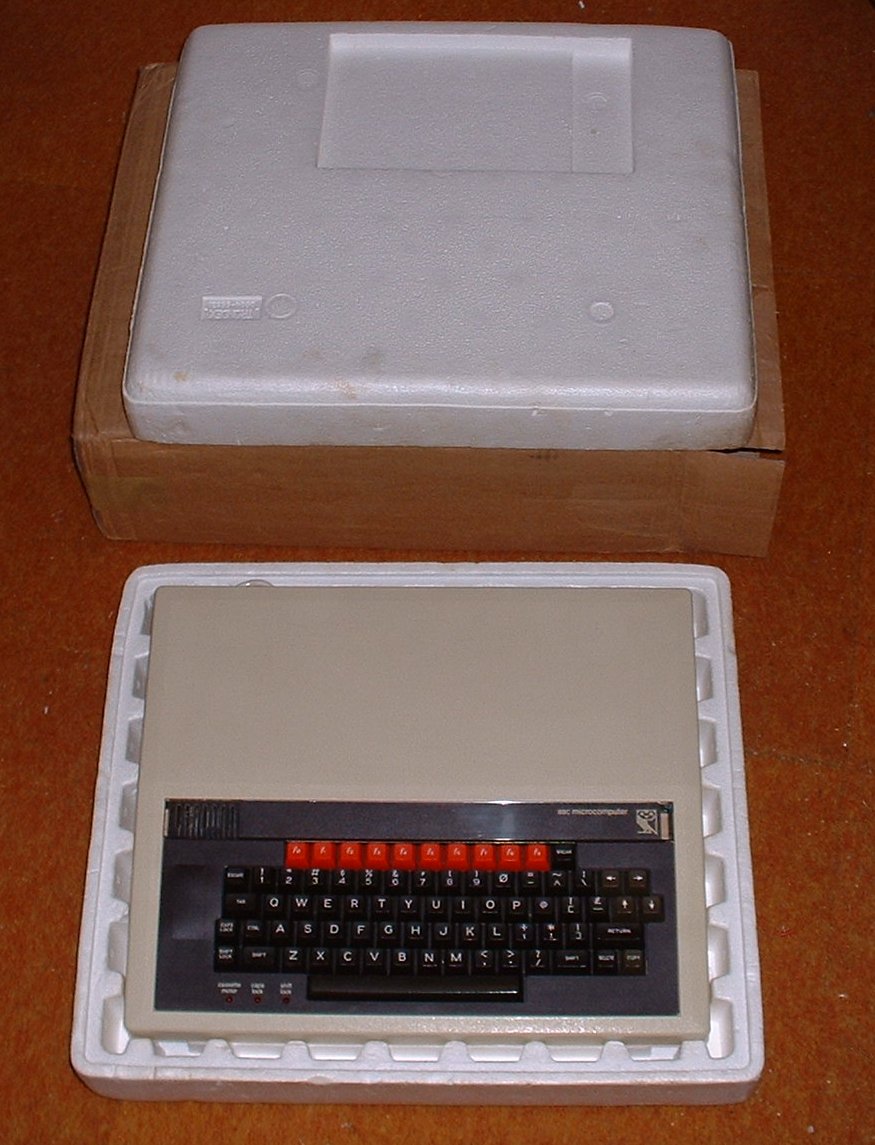 and a cable and introductory material: 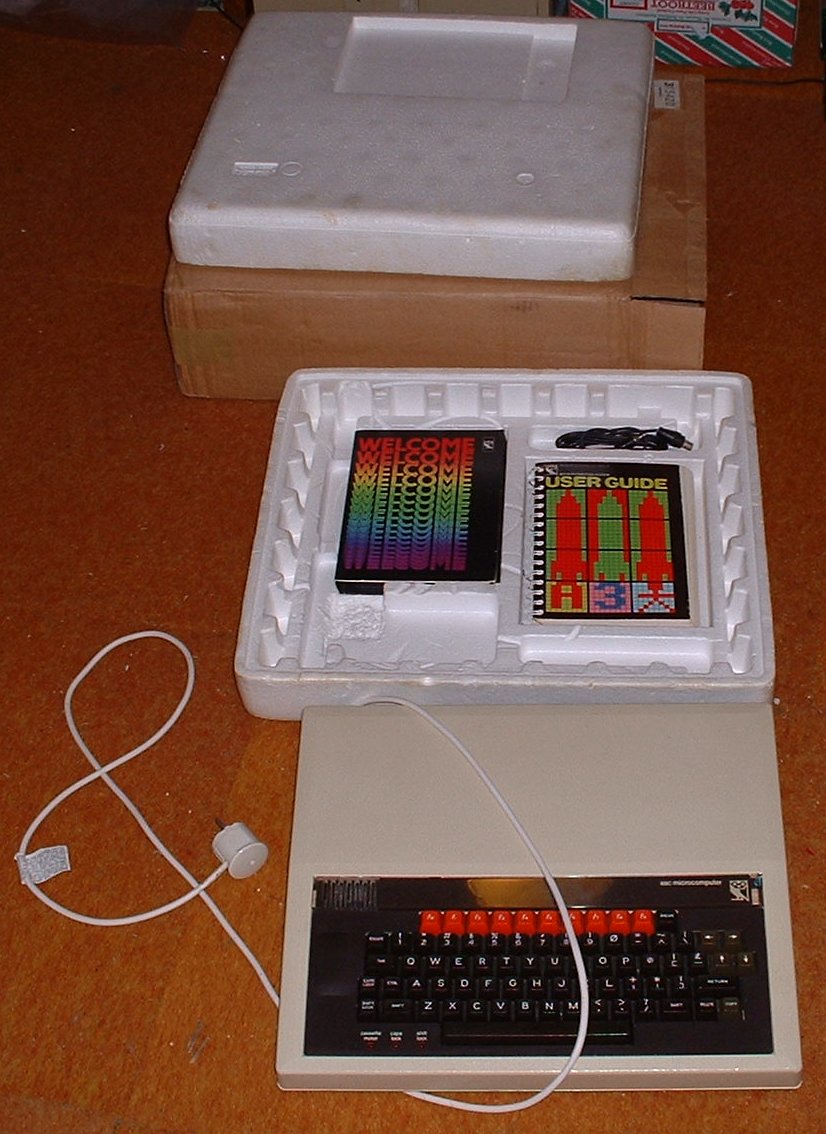 The cut-out in the lower part that seems to be unused above is intended for the power cord, which you can see hanging from the computer. (Image source.)

As Brian H pointed out, the BBC Master 512 shipped in 1987 with an Acorn mouse, for use with the GEM desktop.

No, almost no "home computers" of that era came with a mouse as standard. Booting to a BASIC interpreter with a command line from ROM was the standard back then.

In fact - the first input device most people added was a joystick, to play games, not a mouse.

The first popular computer that had a mouse as standard was the Apple Macintosh in 1984. However, it was also, at the time, a VERY expensive machine compared to the average home computer people were buying - the Sinclairs, Commodores, Tandys, Acorns and Amstrads that found their way into peoples homes were a fraction of the price.

Remember, at the time the IBM PC was only just establishing itself as the standard for business applications, on the strength that it had 80x25 text mode and the MS-DOS operating system was close enough to the then standard CP/M that porting apps over wasn't too difficult. It too, definitely did NOT have a mouse as standard!

That said, it was obvious by the mid to late 80s that GUIs and mice were the way to go. A lot of 8 bit machines had a mouse you could buy as a (usually 3rd party) option, but they never became that popular.

11
What kinds of expansion ROMs and cartridges are available for the BBC Micro?
8
Can the ADB keyboard and mouse be converted to the 128K Macintosh?
33
BBC/Acorn BASIC, what made it so fast?
16
Origin/source of "One Line" one-key game
11
Why is the BBC Micro's Mode 7 so different to the other display Modes?
4
Did BBC Micro and Electron games use custom tape loaders?
5
How did the BBC sideways ROM software for the AMX mouse process the user port input data to determine x and y movement?
5
How did games written for tape-based BBC micro, get officially and unofficially ported to disk, bearing in mind extra workspace needed by DFS ROM?
23
How did early computers handle mice?
17
What is this diskette drive?