What did AOL use for pre-web GUI client?

AOL was a big early Internet service provider, and of course by the late nineties, the most popular Internet protocol was the web; most users spent most of their Internet time in a web browser.

But if you go back a few years before that, say before 1993, before the web existed, that was still the era of Windows, when people expected a graphic user interface.

What client program, what user interface, did AOL provide for its subscribers at that time?

AOL provided (and still provide) their own client, which — at least back then — was called “America Online”. This was available on a variety of platforms, including DOS: 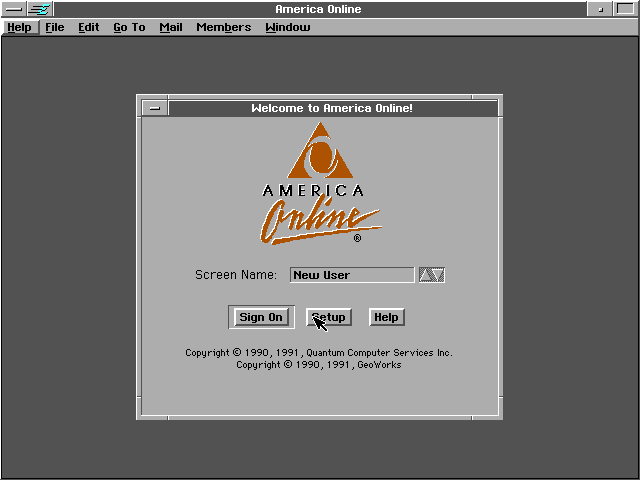 (based on GeoWorks) and Windows 3: 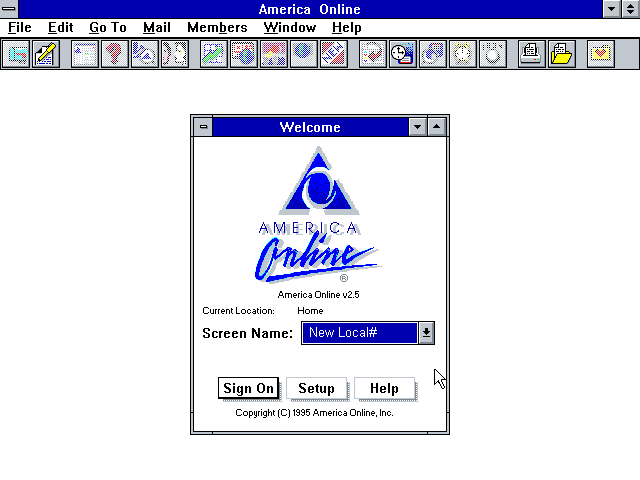 In addition to Stephen Kitt's answer, you can go back even further from Windows 3.1 to the Apple II version of America Online, circa 1989. Certainly not as popular or long-lived as the MS-DOS and Windows versions, but it did exist for the 8-bit platform! 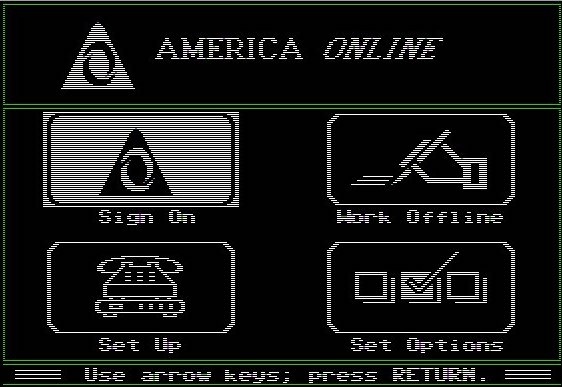 While some things were done in graphics mode, most of the text and "productivity stuff" was done through a standard text mode. 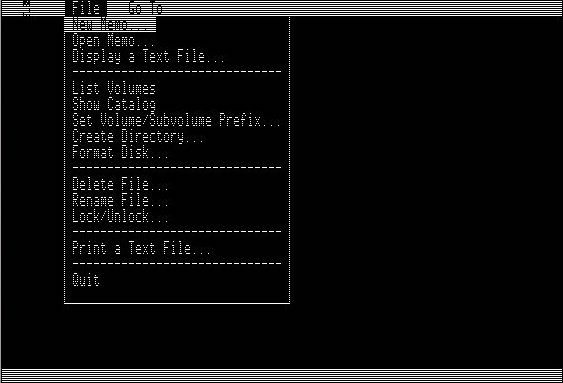 I was a beta tester for AppleLink at the time they rebranded to AOL, so I still have two 5.25" floppies in a mailer with a welcome letter somewhere.

Unfortunately due to the nature of the service, you probably won't find any screen shots beyond these pictures and a few others simply because you need a working server to communicate with to get into the more interesting stuff. But from memory, games were in graphics mode as was some other "fun stuff", but the majority of your experience was in the text mode.

By 90s, it was expanded to include The Remote Automated Information Manager or RAINMAN, which was basically an in-house developed state-machine/scripting language used to create every window you could see after you've logged in, from the Welcome screen to interactive pages like the chatroom pages. For images, AOL purchased and utilized the .ART image format.

They've abandoned it and switched to mostly HTML by 2004.

Not the answer you're looking for? Browse other questions tagged history internet gui or ask your own question.

12
What did Prodigy use for pre-web GUI client?

13
How did WebTV (MSN TV) work
19
What was the equivalent of "America Online" (AOL) outside America?
25
Did Apple really advise customers to lift up and then drop their computers?
6
Were internet costs ever billed per packet?
3
What was the first language library to include a GUI grid component?
5
When did AOL start offering Internet email?
12
What did Prodigy use for pre-web GUI client?
5
When was beeping invented, in a user interface sense?