Can anyone help identify this old terminal and printer found in an abandoned nuclear power plant?

I was watching a video on Youtube of some guys exploring an abandoned nuclear power plant(I believe to be in the US or Canada) that was decommissioned around 1991, and noticed this equipment at one point. Google image search doesn't seem to find anything, although I'm sure one of you guys will recognize at least one of the pieces of equipment on sight... 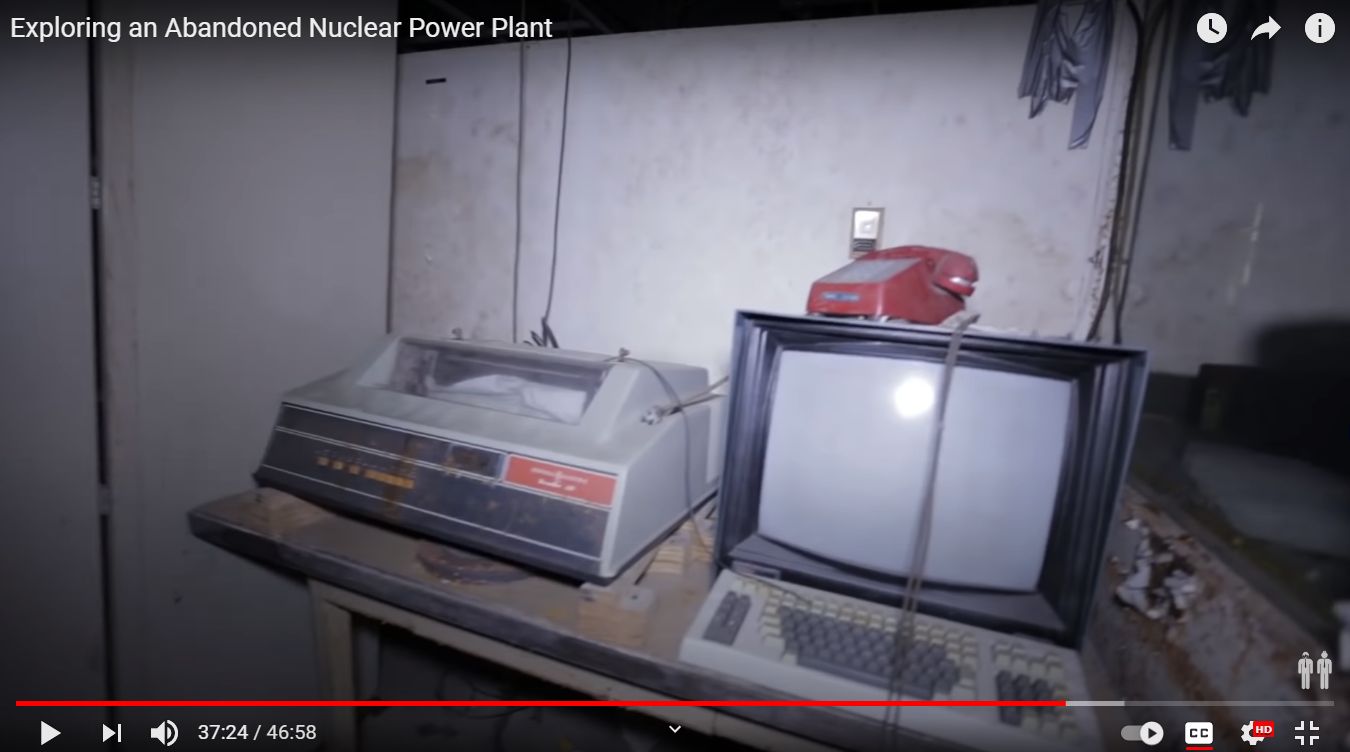 I'm surprised by the large size of the CRT for the time. Seems obvious it would be monochrome and not color, because a color data CRT that size would have been rare at the time. Here is a photo of the same keyboard from a different workstation closer up: 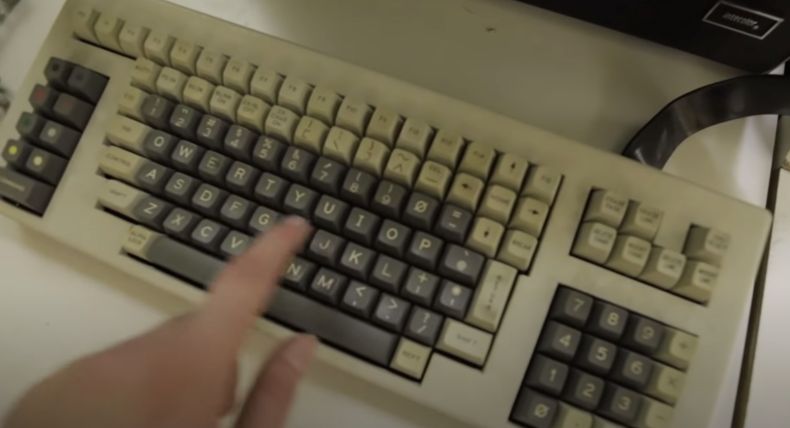 I would have written just a comment but did not have enough rep to do so. @JdeBP had basically found the answer so all I had to google was "Youtube comment finder" :).

The video also posts a linked reddit discussion which clears up the first question everyone asked: The plant is Shoreham Nuclear Power Plant, decommissioned in 1994 and completed by General Electric in the mid 80s.

As the @JdeBP has pointed out there is a comment by Paul Crissman, which I'll quote in case the link goes down: "The GE MAC7000 line was bought out by Bailey controls Co. I worked there 1975-1995. The Keyboard was an Intecolor which was a data terminal that connected to more modern digital controllers in the Network 90 system".

So, first off, the entire plant ran a distributed control system meaning what we're seeing as a keyboard under a huge CRT is indeed, as Hitek has tagged it, a terminal for the General Electric turned Bailey control system.

The fun part, now knowing what it is, is googling Intecolor and learning in a small Wikipedia snippet that the Intercolor 8001 was a kit-based terminal based on the Intel 8080 and the CRT produced what is described as bright and colorful pictures.

And since these control systems have become increasingly expensive to maintain there is actually an emulator provided for sale by a company whose website not only shows the aforementioned graphics(emulated) but also a picture of such a terminal with the Intercolor keyboard layout as seen in the Youtube video.