Was PAL or NTSC encoder IC a critical component in early video games?

I have an old Philips Videopac C52 video game console of the  Philips Odyssey 2 family like the G-7000 with 128-byte RAM: 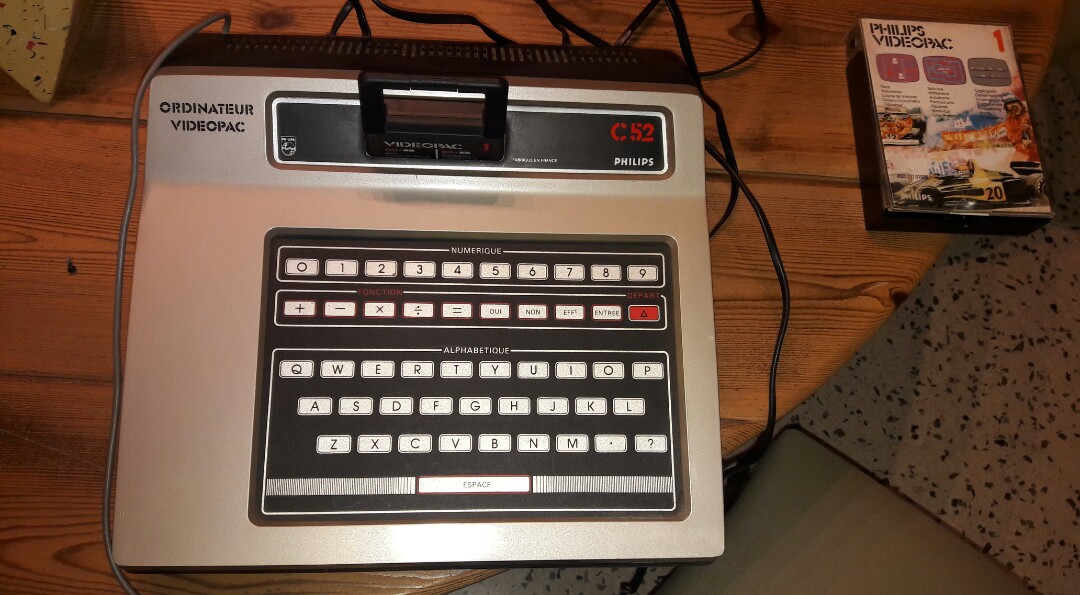 While checking its boards to compare with the schematics I got for the G-7000 I found that the PAL encoder (The C52 that I have is made in France) does not use a monolitic integrated circuit but it uses instead a transistor-based circuit that integrates both the PAL encoder and the RF modulator:

In the G-7000 schematics the PAL decoder is annotated IC679 but the IC type is not indicated: 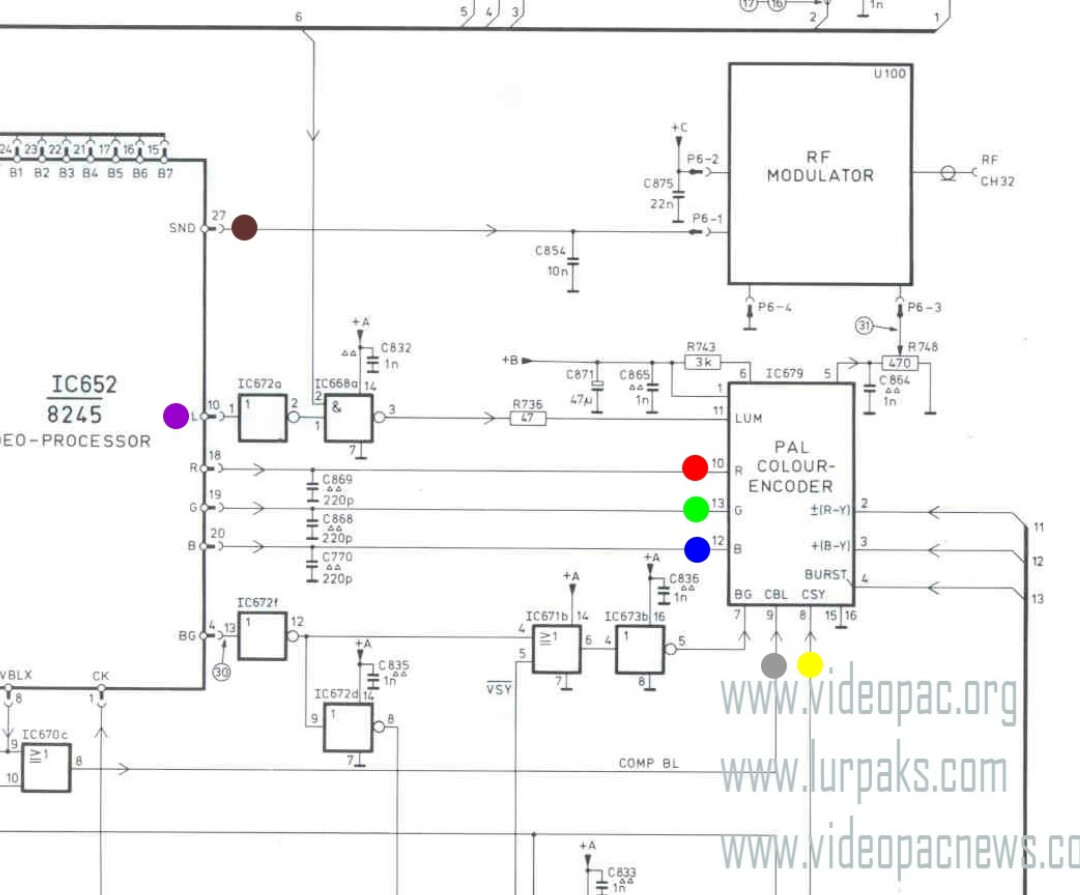 I found on the internet a photo of the IC679 but could not read its type and maybe it is intentionally erased: 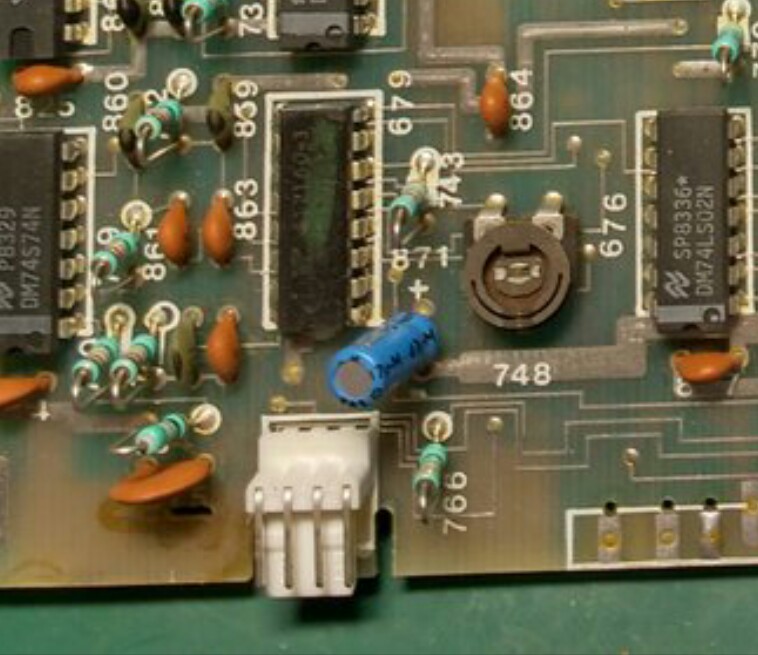 What gets me to think that the video encoder might have been a critical component is that even in the G-7000 there is an option to either use the IC or extend the board to use an external circuit for the encoder:

Was the PAL/NTSC video encoder IC a critical component (cost-wise, availability...) in early video game consoles like RAM for early microcomputers? What was the IC679?

The PAL video encoder was not a bottleneck of any kind.

It is left out because the unit is not a PAL model, but a SECAM model, which needs a different kind of encoder. So the chip is not needed and it would be useless and just cause extra cost and power consumption in the SECAM model.

The necessary SECAM encoder is integrated to the separate board with the RF modulator.

Not the answer you're looking for? Browse other questions tagged game-consoles ntsc pal composite-video secam or ask your own question.

8
ZX Spectrum PAL Composite Video to North American Monitor
11
Why would a PAL Amiga sometimes start up in NTSC display mode?
13
What was the first games console to support linking consoles together for local multiplayer?
11
What was the difference between a Games Console and a Home Computer?
0
4MHz Z80 timing and PAL video generation
5
Oric-1 has a digital PAL encoder. Was there any other options for SECAM?
13
Is the only reason that my PAL NES is able to run NTSC/American games that it's doing it on an EverDrive?
29
Were the classic game consoles *technically* able to play both NTSC and PAL games, if ignoring artificial region lock-in?
4
How could/can there exist NTSC->PAL converters for SNES and other classic game consoles?