How do I setup this Kickstart switcher?

I can not find any documentation for this Kickstart switcher. 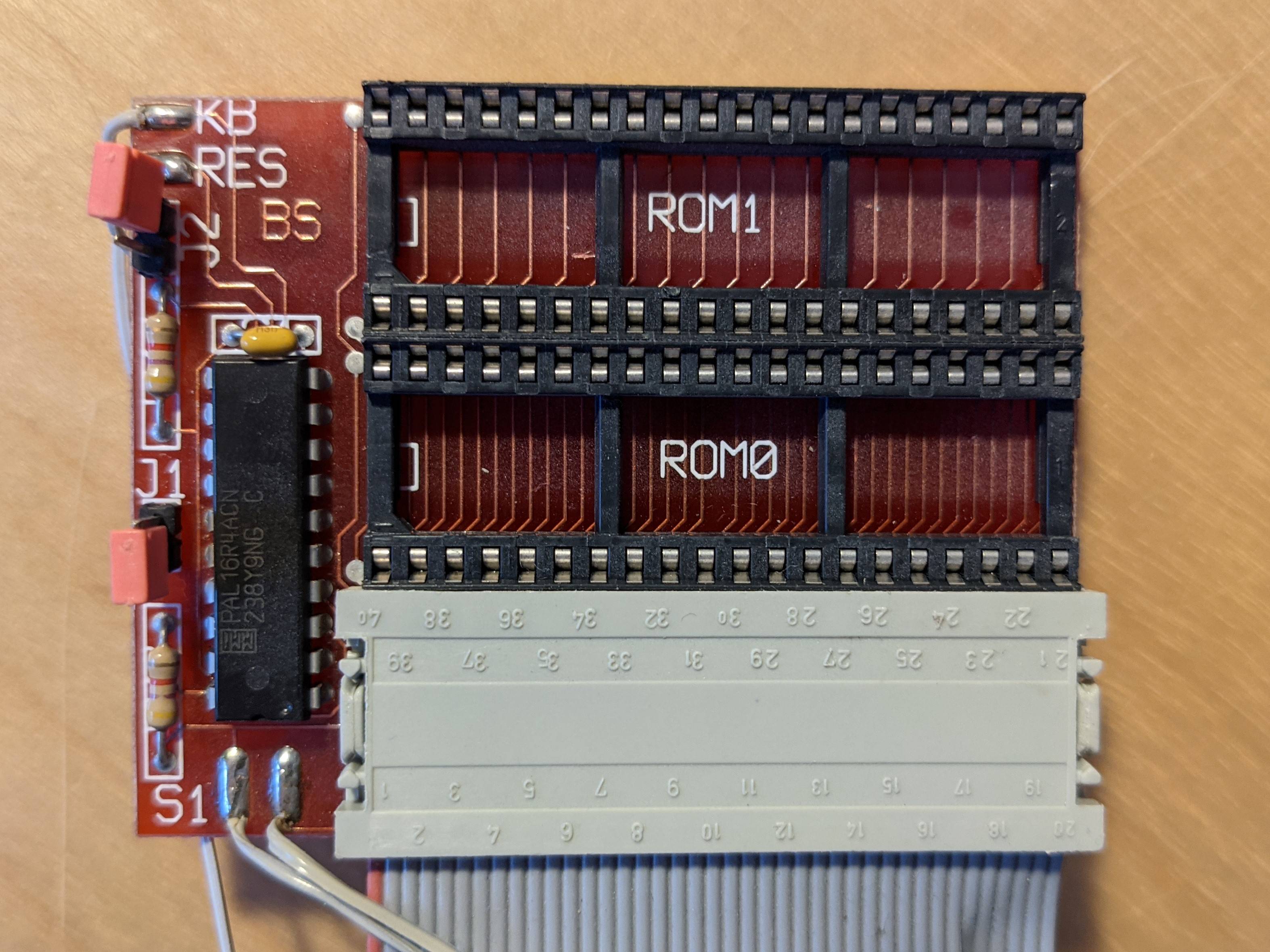 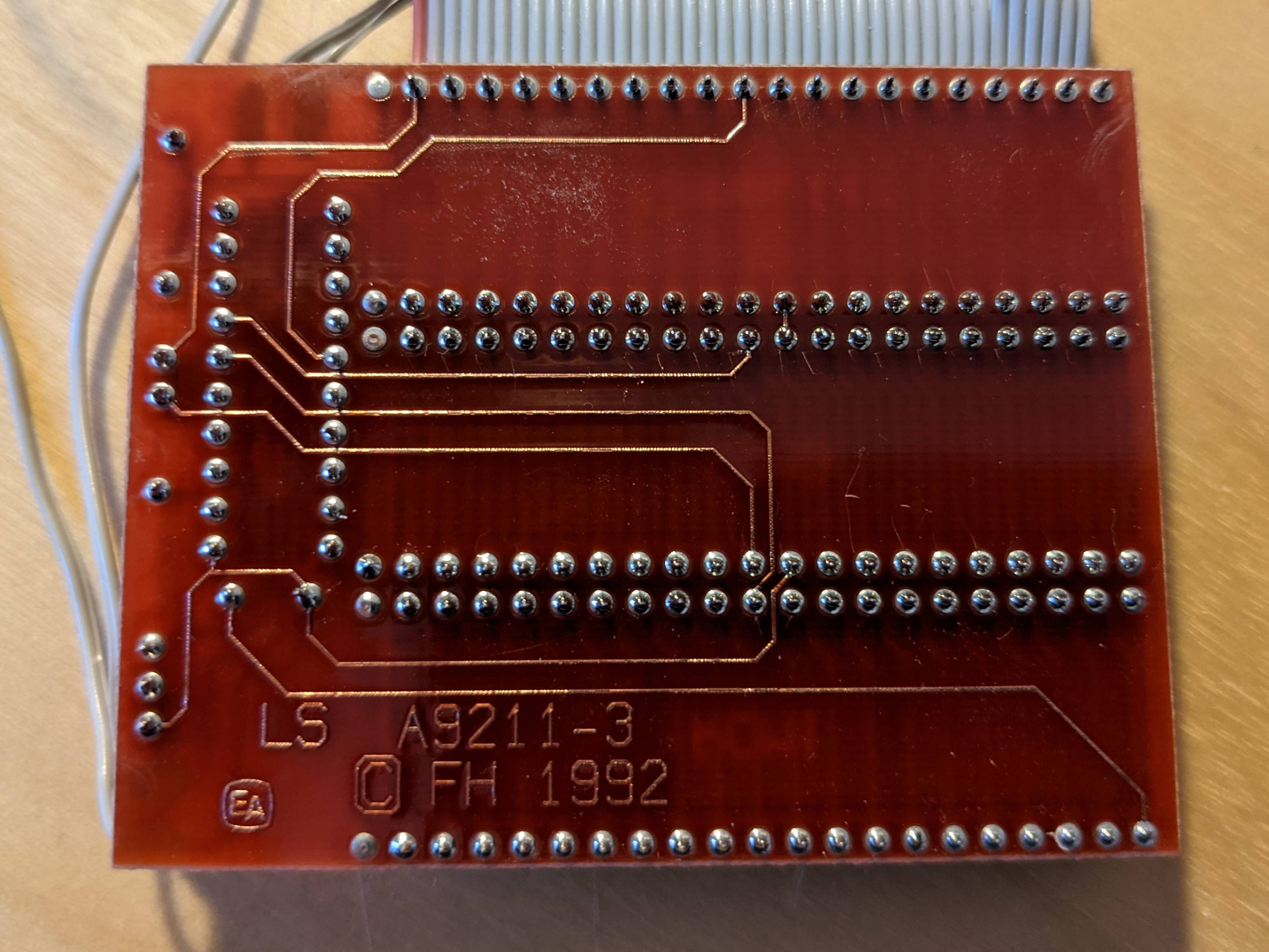 How must the jumpers J1 and J2 be set and where must the KB and RES lines be connected to?

Kickstart switchers tended to either be physical switch driven (i.e. install a toggle switch on the case) or smartly drove themselves off of signals it could grab off the motherboard. The traces suggest that the jumpers might be for ROM size since it looks like it might just loop around a high address line when closed (i.e. would be for a 256KB ROM like KS1.3). As for the jumpers, some such as the DKB MultiStart has a line that connected to the RESET line of either the Gary (pin 41) or Paula (not sure which pin).

Unfortunately, I have no idea what KB would be connected to. As well, it looks like there are two other wires coming off your board which you've not photographed and might be key. As well, if the smaller IC can be removed and you can see the traces below, that might provide more clues, since only a few are on the back side of the board and the rest are on the front side under the chip.

UPDATE: The closest thing I can find is this SWB switcher; it looks similar in design and does have a manual in German. It doesn't have the jumpers, but it does look like it has two wires coming out from it, one for the RESET line (pin 5 of the Gary in this case; it is another reset signal) and one for the odd CIA chip. I don't know what the particular pin serves on the CIA there, but I know that they are used for keyboard functions. Hope that helps.

Not the answer you're looking for? Browse other questions tagged hardware amiga amiga-kickstart or ask your own question.

16
Booting an Amiga 1000 directly to the hard drive without Kickstart floppy
12
How did the Amiga 1000 WCS (write controlled store) for Kickstart work?
13
Extended ROMs on the Amiga CD32 and CDTV
20
How are Amiga libraries structured?
14
What is the minimum set of Kickstart kernel modules to allow an Amiga to boot?
11
Any Issues with running Workbench 1.3 on a Kickstart 1.2 Amiga 500?
72
Why was the Kickstart 1.x "Insert floppy" graphic so bad?
12
How are Amiga Kickstart Relocation Files (.RTB) created?
11
How Amiga A590 autoboot ROM and bootable floppy disk works?
14
How would I reliably detect the amount of RAM, including Fast RAM?