What was the first computer board to be wave-soldered?

The Wikipedia article on wave soldering does not give any information on its history. What was the first computer circuit board to use this process?

I am specifically looking for computers that were commercially-available to other people or companies, not products built for one's own use.

The modern PCB, as we know it, was a war time development and so was wave soldering as a way to lower production cost while maintaining consistent quality. All this predates computers, so when computer production became serious manufacturing, that is more than single unit with special to type board, PCBs and wave soldering was used. While not the first, IBM's 1960 Standard Modular System makes a great example: 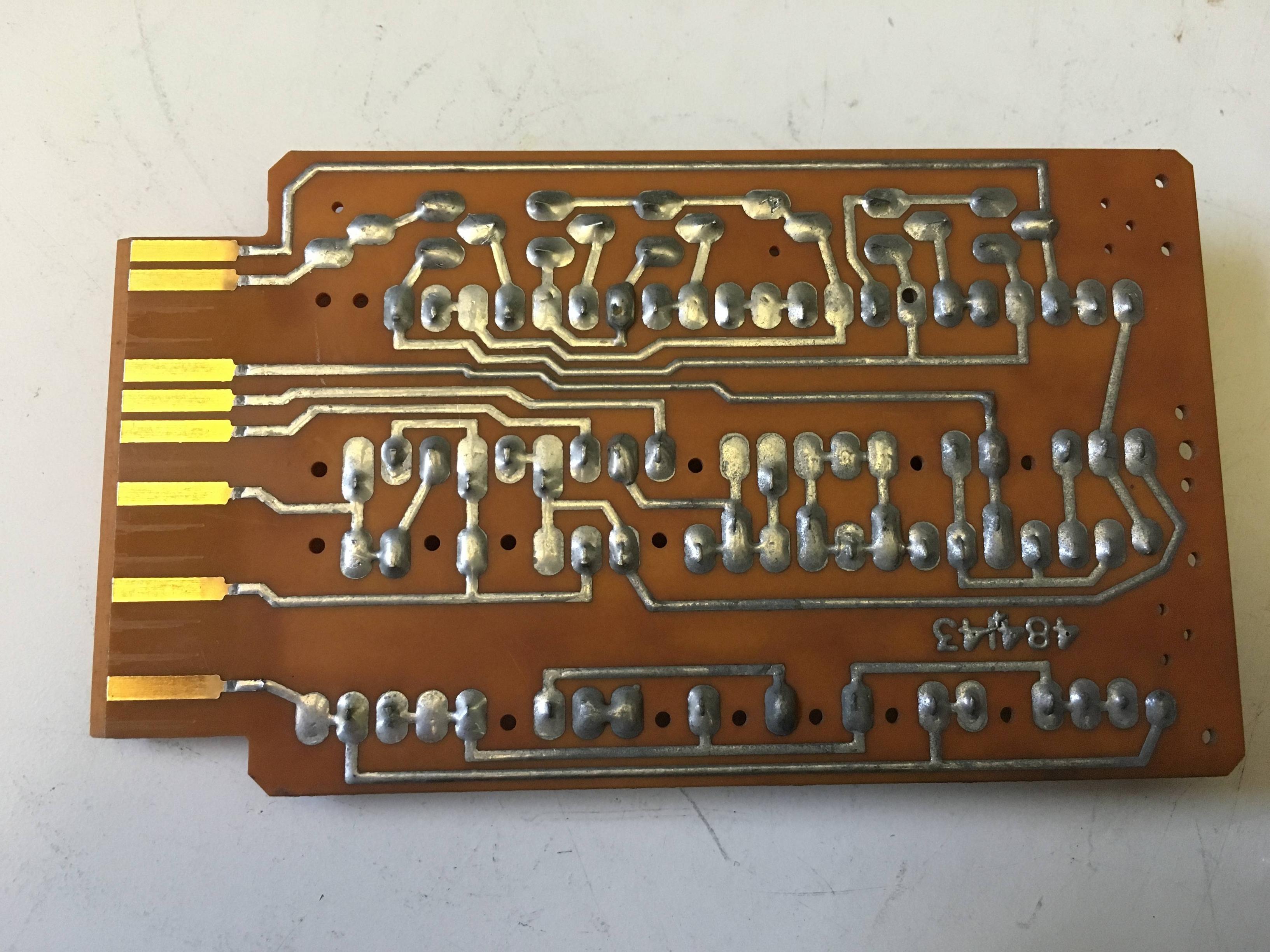 The basic idea was to produce a system of basic building blocks that could be produced in (comparably) large quantities using more efficient production technologies - Including wave soldering. DEC later took that idea to create their Flip-Chip modules. But wave soldering was not only used by IBM, or DEC, but any other computer company of the late 1950s early 1960s as well. Had a HP2116A of the mid 1960s at my desk a few days ago: wave soldered boards as well.

As soon as computers were produced in quantities past a hand full, wave soldering was a tool of choice

Not the answer you're looking for? Browse other questions tagged history hardware printed-circuit-board or ask your own question.

21
What causes the traces to wrinkle like this and should I be worried
3
How did wave soldering work?