Who invented the clipboard?

Just as the wheel, the clipboard on a computer is indeed a very useful invention!

Who came up with such bright idea? 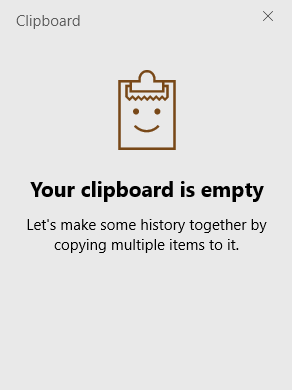 Copy and paste in a modeless editor was invented by Larry Tesler at XEROX Parc for the Smalltalk-76 programming environment, in 1973-76. In Smalltalk, when you selected some text you had a large number of commands you could apply to the selection; 'again', 'copy', 'cut', 'paste', 'doit', 'compile', 'undo', 'cancel', 'align'. [1]

However, as @StephenKitt pointed out, modeless copy & paste was also present in Gypsy, developed in 1975 (also by Larry Tesler) [2]

Moreover, it seems that early word processors also had this capability, although usually using modes:

The earliest editors (designed for teleprinter terminals) provided keyboard commands to delineate a contiguous region of text, then delete or move it. Since moving a region of text requires first removing it from its initial location and then inserting it into its new location, various schemes had to be invented to allow for this multi-step process to be specified by the user. Often this was done with a "move" command, but some text editors required that the text be first put into some temporary location for later retrieval/placement. [3]

However, this wasn't called the "clipboard" at the time, this came far later:

In 1983, the Apple Lisa became the first text editing system to call that temporary location "the clipboard". [3]

So I'd say copy & paste was such an obvious improvement that it came to text editors a soon as they moved from punch cards to memory, but it took until '83 until the concept of a "clipboard" emerged.

Honorable mention should be given to TECO, a text editor from the early 1960s. It had a set of containers called Q registers that functioned much the way the clipboard does. Cut and paste operations were easy enough in TECO, although the syntax was obscure.

It was certainly around in vi (Unix text editor) that I first used in 1985. Vi is a visual front end to ed, which presumably pre-dates it. The cryptic ‘y’ would yank a line into the clipboard and ‘p’ would paste it. The paste buffer wasn’t shared with any other applications though, so I’m not sure whether that’s what you have in mind.

Did it exist on any non-graphical environments?

I remember when I worked for Canon in the UK, someone (hi, Dave!) had the idea of a mouse with memory. If you cut something (text or a small file), it could be stored in the mouse. You could then that mouse to another computer, plug it in, and paste what was cut. Apparently, there were similar patents in the late 80's that predated it, but I never heard of a product.

How about QED (1967)? It had the M command to move text to a "buffer", whose contents could then be retrieved via \B. Example 2 here is essentially cut/paste:

The idea of some buffer isn't far fetched anyway.

Well, in the mid 70s we used a (line orientated) editor on /370 mainframe that allowed to operate with multiple edit areas - plus one area for temporary copies. Lines could be copied into that area replacing what was there or added at the end of whatever was there. The whole temporary area or parts thereof (using line numbers) could copied back into any of the regular working areas.

So yes, kind of clipboard, but way more power full than simple copy and paste.

The concept has been around a lot longer than the moniker. Cash registers/other mechanical/electronic calculators often had one or more memories you could store the current value or the result of a calculation into, and then recall it for use in other operations. Human calculators often used a scratch-pad for temporary memory.

I'd be willing to bet that the concept of the clip or copy board goes all the way back to the earliest newspaper layout rooms. It's probably not an accident that Apple picked that feature name, given the high percentage of news/media outlets they targeted their marketing towards

12
Do retro-microcontrollers exist?
21
Who made the Atari 2600 TIA video chip?
17
History of the demise of Matrox from the world of 3D graphics cards
14
Who invented scrollable screens in Amiga?
2
When/where was datum and limit relocation invented?
16
Who considered multimedia capability a liability for a business computers, and why?