Is this SpeedDOS chip mounted right in my C64?

I have removed a chip to reseat it, but sadly I forgot how it was placed on my C64 (breadbin).

I assume its text should be in the same direction of all the other chips on the board, but now I don't feel safe turning it on again and I wanted to ask. 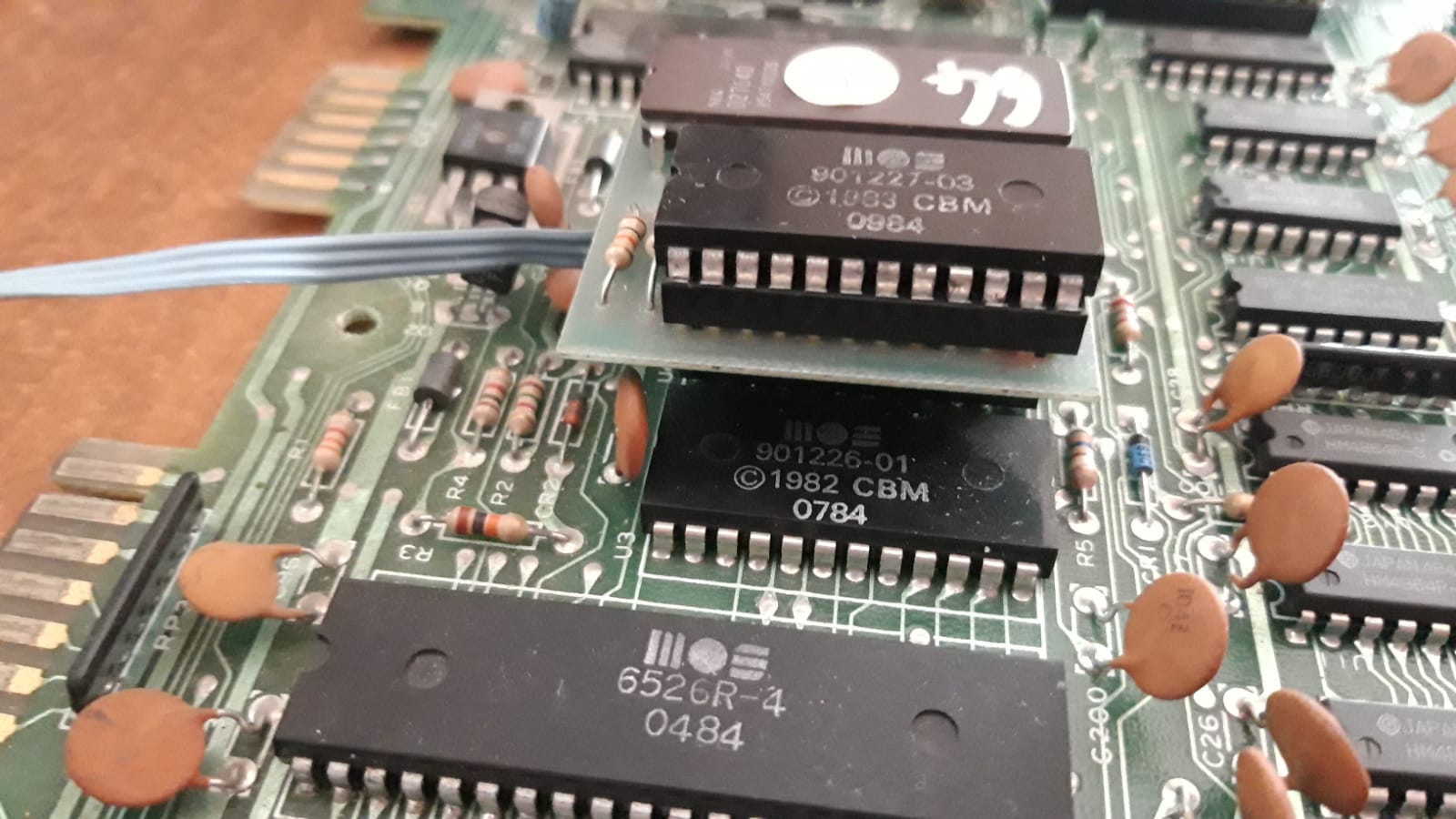 In the worst case scenario, what can happen if I put it upside down and turn on the machine?

In general, IC orientation is designated by the notch in the centre on one end of the IC. (Don't make assumptions based on the text direction, although typically it will flow left to right from the notched side.)

And yes, typically, board designers will orient ICs in the same direction(s); but again, don't make assumptions.

On the PCB, the notch is typically marked on the silk screen as well.

If mounted correctly, sockets will also have a notch showing the intended orientation.

Since this looks like somewhat of a homebrew board, it's probably extra wise not to make assumptions, but check that the upper, right pin (VCC/+5V on both the original ROM and EPROMs) of the ROM is connected directly to the upper, right pin of the secondary EPROM as well. You can use a multimeter in continuity mode, or trace it visually on the daughter board.

Inserting it the wrong way around is likely to damage the part itself; probably the rest will survive, but worst case other parts connected to the address/data buses may be damaged.

Not the answer you're looking for? Browse other questions tagged commodore-64 repair or ask your own question.