Why did the Speak & Spell have an alphabetic keyboard?

Many of us remember the original Speak & Spell from 1978: 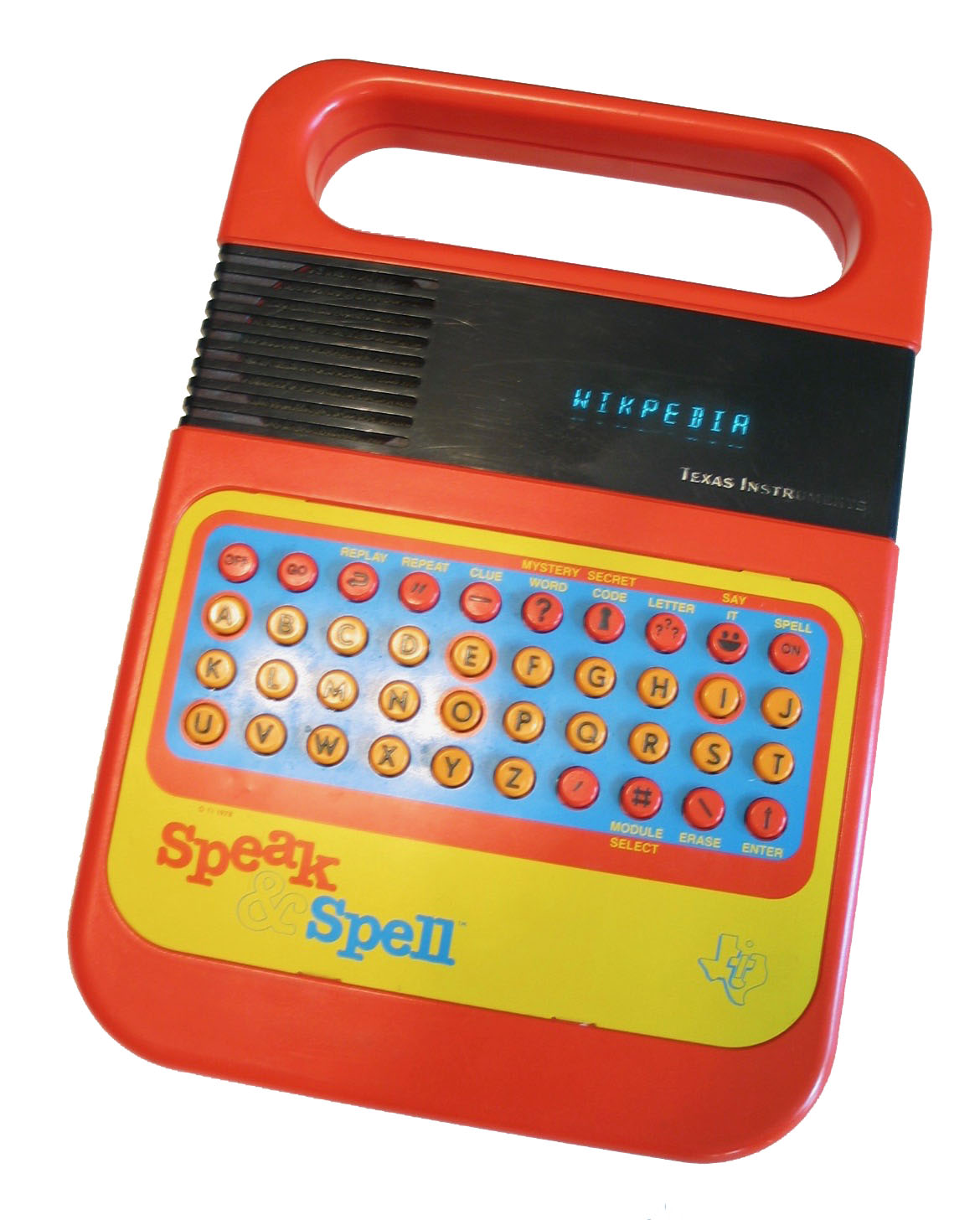 One of the interesting things about this early handheld educational game console is the keyboard. It's not normal! The letters are in alphabetic order rather than the then-typical QWERTY keyboard layout or any of its competitors.

Why was this done? An article on Tedium mentions that "Early on, the device had an A-to-Z keyboard, reflecting its status as a device that predated most home computers. But by the late 1980s, the QWERTY layout was common on computers, and the later models of the Speak & Spell adapted to this market shift.", but I find this explanation less than satisfactory. 1978 was the middle of the golden age of electromechanical typewriters (which were mostly QWERTY in the English-speaking world), and the QWERTY layout itself dates from the late 1800's, so QWERTY keyboards would have been highly familiar to most adults and many children in those days even if they weren't regularly hacking away on computers yet. The QWERTY keyboard layout also reigned supreme in the computer world at that time, for example in the infamous "Space Cadet Keyboard" of the very same year, 1978.

Is there anything specific known about this design choice? Did the designers ever specifically comment on it or are there obvious reasons evident in the development process or the system architecture that would lead to this choice?

Was this done for pedagogical reasons, e.g. to help children learn the order of the alphabet?

Rather the other way around:

Was there a specific architecture reason (e.g. character set encoding) that made it easier to put the keyboard in alphabetical order?

Nop, it's a matrix. Encoding can be any.

Was this done to make the device feel more like a toy and less like a "real" computer or typewriter?

Why on earth would one not want it to be associated with the at the time much hyped computers?

Not the answer you're looking for? Browse other questions tagged keyboards design-choices game-consoles handheld speak-and-spell or ask your own question.

44
Why are the symbols on the number keys of PC & Mac keyboards different to ASCII keyboards?
36
Why did the C64 have ← and ↑ as dedicated keys?
14
Why did 1-bit DRAM chips have separate data input and output?
8
Why did the Sinclair QL keyboard lack a Delete key?
36
Why is the clock frequency of the PS/2 keyboard protocol so high?
136
Why is the keyboard and cellphone / telephone numbers in a different order?
22
Why did mainframes have big conspicuous power-off buttons?
27
The two types of Return keys on keyboard layouts