What I primarily want to know is whether it was a so-called "one-chip" or "two-chip" SNES. This apparently affects how the video is outputted.

I've really tried to find clear info on this myself before asking.

Not sure how these countries made the list or how they are conencted to the model number.

SNSP is simply the PAL version of the SNES (Maybe for Super Nintendo System Pal ?). Designation I know are

The letters in parentheses denote a specific country, like

Knowing this decoding FRG is rather straight forward, isn't it?

What I primarily want to know is whether it was a so-called "one-chip" or "two-chip" SNES. 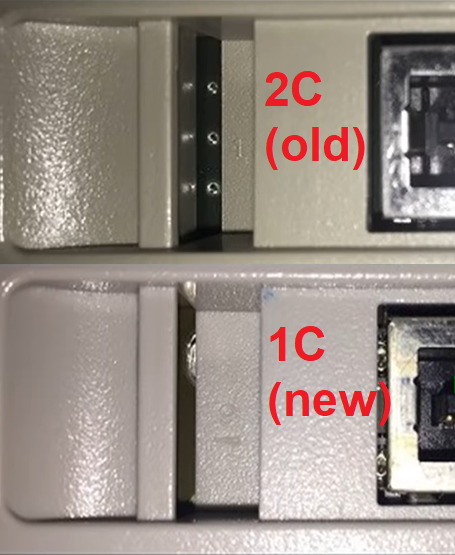 This apparently affects how the video is outputted.

True, check this detailed description. It also goes into the fact that there isn't just a one/two chip difference in quality, but as well between the three revisions of the one chip.

Not the answer you're looking for? Browse other questions tagged snes or ask your own question.

4
Can input lag be modeled as a function of controller cable length for SNES?
6
How long will SFC/SNES consoles and cartridges last?
2
Why does the SNES have a separate memory bank for sound?
3
SNES PPU die photo
1
How can I clean the RF-Out jack of the SNES
11
What limited the performance of the SuperFX chip?
20
Why didn't SNES Doom use mode 7?
16
How did SNES render more accurate perspective than PS1?
5
What's wrong with SNES original controller's shoulder buttons?