What was that old FPS game where you shot rats in a sewer?

In the 1990s, I played an obscure shareware (I believe) FPS game for the PC (MS-DOS) which was closer in technology to Wolfenstein 3D than DOOM. It was rather dark, so I assume it had some sort of lighting effect. It was not exactly impressive, and I've never once seen it in any kind of footage ever since.

The only thing I remember from it is that you were in a sewer or underground tunnel system and the enemies were rats, which you shot. It's possible that this was just one of the levels, and that the main game takes place in different areas. Maybe it was not even the first level in the actual game, and only used for the demo/shareware.

I don't think it was a good game at all. The sole reason I'm trying to find it is due to pure nostalgia; I happened to experience it at a young age, and therefore it "means something" to me, completely regardless of its actual qualities as a game. I don't think I even enjoyed it back then.

I've tried to make YouTube searches such as "FPS 1990s rats sewer", but I've been entirely unable to find this game. Since I don't remember the title at all, or who made, or who published it, or even from where I got it, I have no real "lead" to go on except for what I've told you.

Can you figure it out?

I'm going to say Operation Body Count from 1994, which was a Capstone Software game that used a slightly updated Wolfenstein 3D engine.

It has a lot of sewers, and a lot of rats. 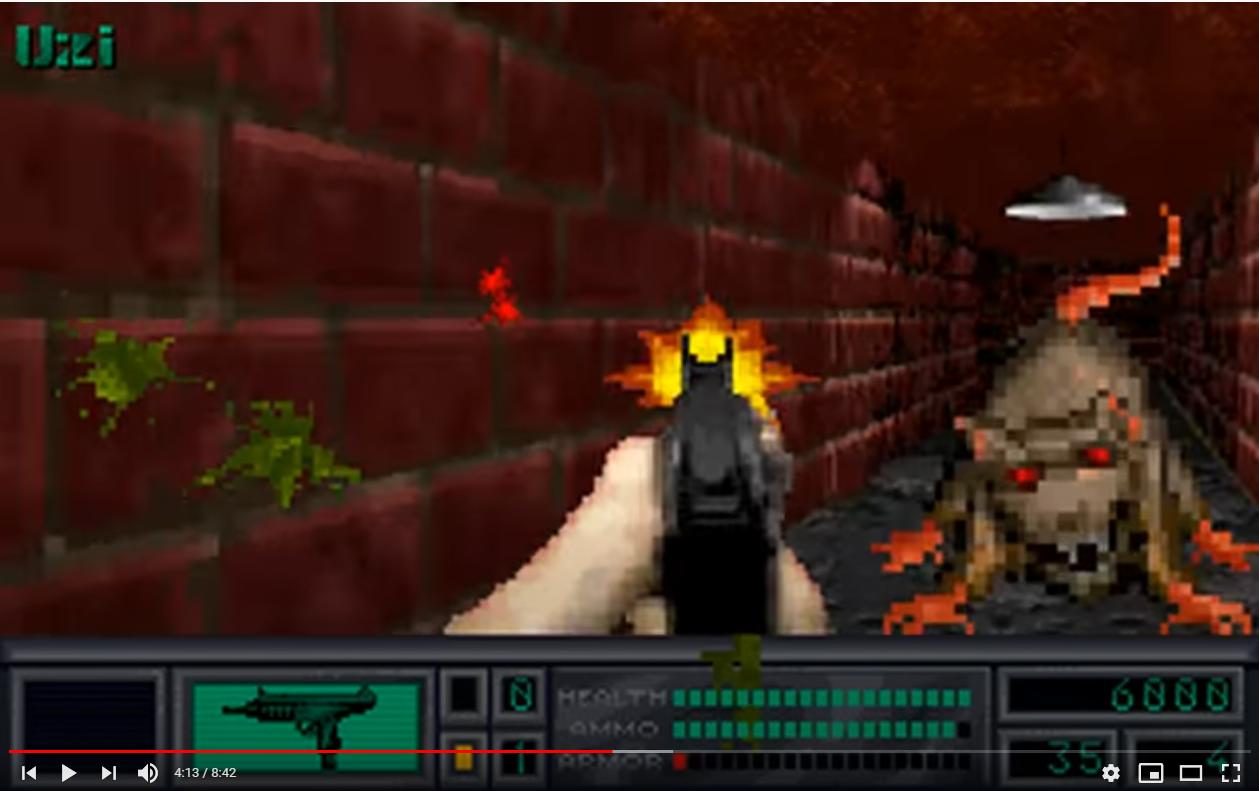 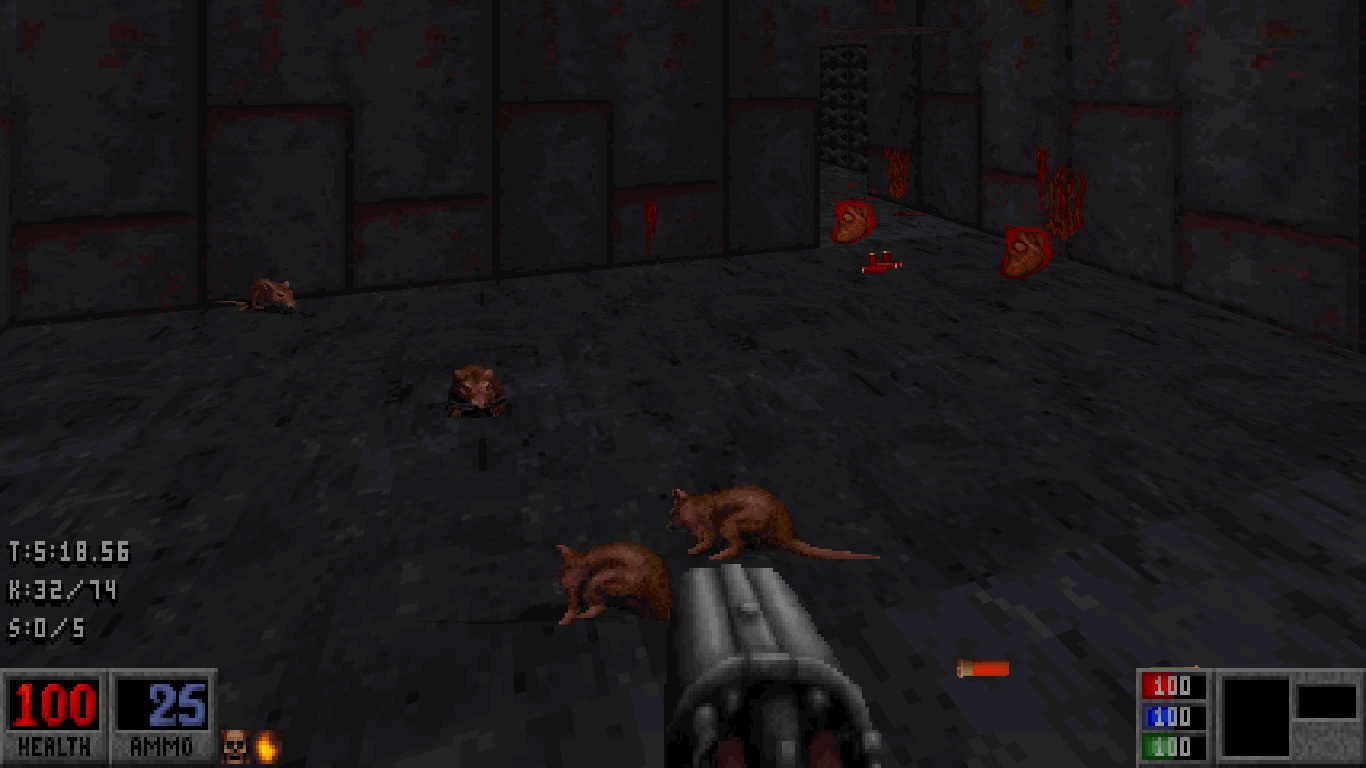 This is E3M3 ‘Raw Sewage’; I couldn’t easily find a spot where rats are in the actual sewers as opposed to a sewer-adjacent area, but maybe this is close enough. Although the above screenshot is from a modernised port (NBlood), the vanilla game looked similar enough that you should be able to tell if this is it. The original game was released in 1997 and was based on the Build engine, which also powered Duke Nukem 3D. So technology-wise, this one is actually a bit more advanced than both Doom and Wolfenstein 3D, if only barely, but roughly in the same 2.5D ballpark. The game did have a shareware version, however it did not include the third episode containing this map.

First-person shooter, check; rats, check; sewers, check; 1990s, check. Could this be it?

The game is a FPS with a dark fantasy setting. The player takes control of some kind of wizard, descending into the catacombs while defeating several types of enemies, and was created by the founders of id Software.

I remember playing it in the early 90's after Wolf3D, just because it had that same feeling (kind of, really; WWII and FPS are an unbeatable combination).

Edited to expand some details.

Not the answer you're looking for? Browse other questions tagged ibm-pc gaming identify-this-game or ask your own question.

38
Where and what was Haunt.bat? A game pre-loaded on a c1992 PC
3
Run and Gun game with bird creature as the protagonist
5
Old game, possibly called "Demons"
11
What year was my old, long-lost IBM PC born? And which form factor/model was it?
6
1980s Commodore 64 game about flying toward tower
3
What stealthy NES game had that profile-view darkness/searchlight area?
25
Did the original MS-DOS Quake not have a menu item for freelook, and if so, why?
3
Space Game from early 1980s with landing on planets, refueling, and aliens